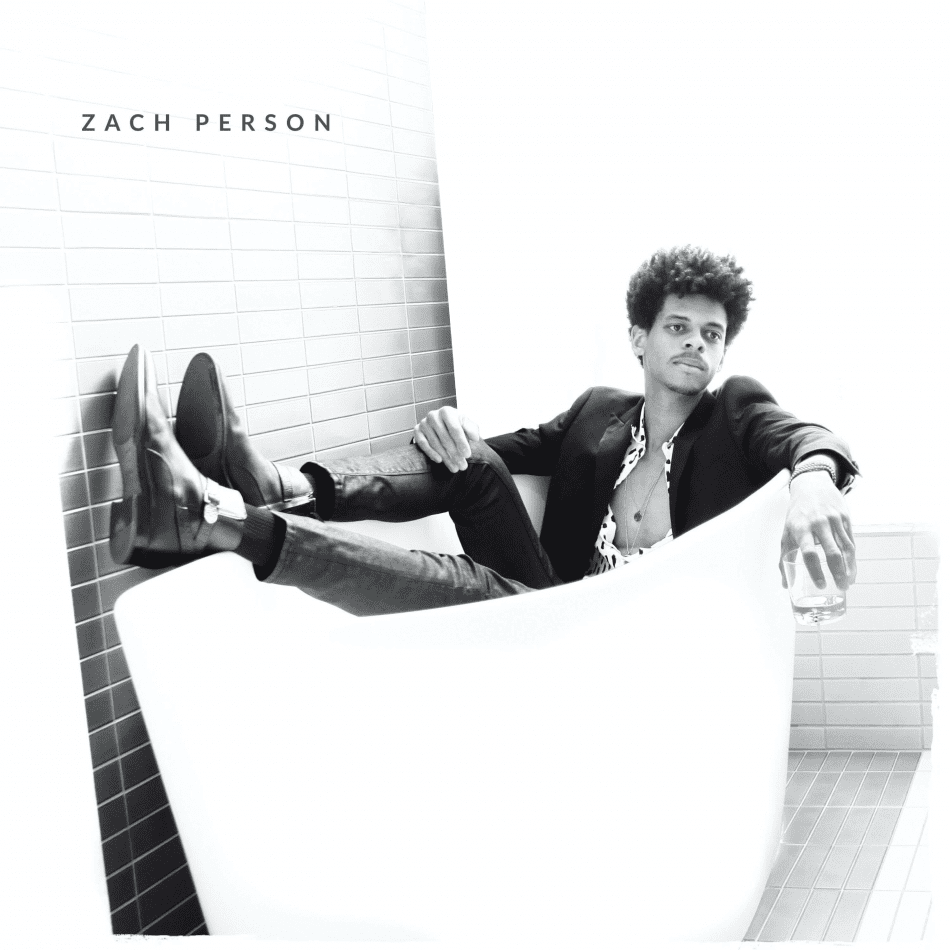 “Reminiscent of everyone from Elmore James and Duane Allman to The Black Keys and Jack White,Person channels a raw, pure-bred American swagger” — American Songwriter

BlackDenim Records and 24-year-old, indie-rock artist Zach Person are gearing up for Person’s debut LP release with the white-hot single “Can’t Stop Running,” which continues to climb college and non-comm radiocharts. 40 stations have added the track nationwide, with five of them now charting the song in their Top 30, after only two weeks at radio. Hometown station KUTX premiered a performance video of Person’s single “Can’t Stop Running” as Song of the Day on March 4 and Sun Radio featured Person last week in their live pop up sessions (see video here). Other local and national stations are also taking notice.

Person recently performed his upcoming LP at an exclusive VIP media event hosted by BlackDenim Records. The event would mark the first time Person has performed his new LP publicly. Attended by many notable industry names in Austin, the showcase held at Geraldine’s highlighted Person’s talents as a vocalist, songwriter, and guitarist. Prior to the event it was learned that Person was quickly charting across the country on college and non-comm radio which made for an even more festive occasion for Person and BlackDenim Records’ co-founders and team. “I’m taken aback by the overwhelming response from radio,” said Zach Person. “It’s one of those things you always envision happening in your head, and it’s what we’re working so hard for…so, to see it playing out in real life is just so amazing!”

“We couldn’t be happier for the love and support Zach is receiving from the music community; he truly is a special talent, who is so deserving of his opportunities,” said Christopher Durst (Manager /Founder of BlackDenim Records). “We are also extremely thrilled by how well he is doing at radio; it’s exciting to see him charting across the country so quickly.”

Person’s first European tour is scheduled for this fall, with plans to visit The Netherlands, Germany, Sweden, Denmark, Belgium, and the United Kingdom. His UK debut is September 13 where he will be performing at the infamous Black Heart in London.

Person is also participating in a COVID relief initiative called “Come Together,” benefitting Texas musicians, venue owners and crew. The initiative was created by Texas Chapter members of the Recording Academy® and aims to help raise funds for MusiCares and the National Independent Venue Association (NIVA). Along with Person, artists like Ruthie Foster, Hayes Carll, The Suffers and more are helping to raise funds.

Person recently premiered his debut music video for “Can’t Stop Running” with The Austin Chronicle on March 10. See here for the premiere. The video was conceptualized by Person and his manager, Christopher Durst, a former rock photographer known for his iconic imagery of legendary artists like Willie Nelson, Paul McCartney, Stevie Wonder, and more. The video was directed by Durst, edited by Person, with production by This is MESMERIZE.

“The video for ‘Can’t Stop Running’ leans into Person’s hyperactive style, a tripped-out blur directed by Durst and produced at the Mesmerize experience in downtown Austin,” said the Austin Chronicle. “The song roars behind raw bluesy riffs with a hard, hook-laden sensibility that positions the young shredder as an artist to watch.”

Early press about Person has been hitting with American Songwriter featuring Person in their “Daily Discovery” series which can be seen here. American Blues Scene interviewed Person and that piece can be seen here. Tribeza named Person as one of four Austin artists with fresh music for spring 2021, check that out here.

Blackdenim Records has zealously positioned Person as their flagship artist. In an unprecedented move, the label has offered Person an equity position making him one of the first unreleased indie artists to have ever received ownership in a label for signing.

Person recently headlined the AWS re:Invent conference ahead of keynote speaker Andy Jassy, CEO of Amazon Web Services. The event marked the third time Person has played the annual event. Zach became the first live musical act to ever perform the conference, after he was discovered by Andy Jassy performing in Austin, Texas. Watch his intimate AWS performance here.

What other press are saying about Zach Person:

“Person’s chord skills, both on the six-string and with his voice box, are already bold beyond belief, but we have a feeling this is just the beginning for this budding artist, who’s effortlessly able to navigate between all the alcoves of rock, from indie to blues.” — KUTX

“Now this is what you need to start your Monday right; one of the latest hot new faces of blues, proving (if proof was needed) that it’s really not the knackered old carthorse of a genre some make it out to be. Looks cool, sounds even cooler, Zach Person kinda makes us think of rock’n’roll power trio
The Record Company – albeit with a freakier, woozier streak – on this commanding single.” — Classic Rock Magazine.
###
ABOUT ZACH PERSON:
Hailing from Houston, Texas, Person is a House of Blues Music Forward Foundation Alumnus, representing the Houston Blues Society at the International Blues Challenge, a competition featuring some of the foremost blues artists from around the world; these opportunities would later lead to Person sharing stages with legendary acts such as Buddy Guy and Robert Cray. “What else can I say, this young man is hot!” said Buddy Guy.

Person moved to Austin, Texas in 2017, where he was quickly discovered and signed by industry veteran, Christopher Durst, a music entrepreneur and former rock photographer known for his work with Willie Nelson, Seasick Steve and more. Person and Durst then partnered with producer Will Loconto, who would become co-founder of Blackdenim Records. Loconto was chosen for his uniqueability to blend indie rock, pop, and electronica, along with Person’s love for roots music and bluesguitar. Person’s debut LP features Jake Wyble, his long-time musical collaborator and drummer, who he met in Austin and is actually from Cumberland County, New Jersey, the same area in whichPerson was born and lived until he was three years old, though they never knew each other.