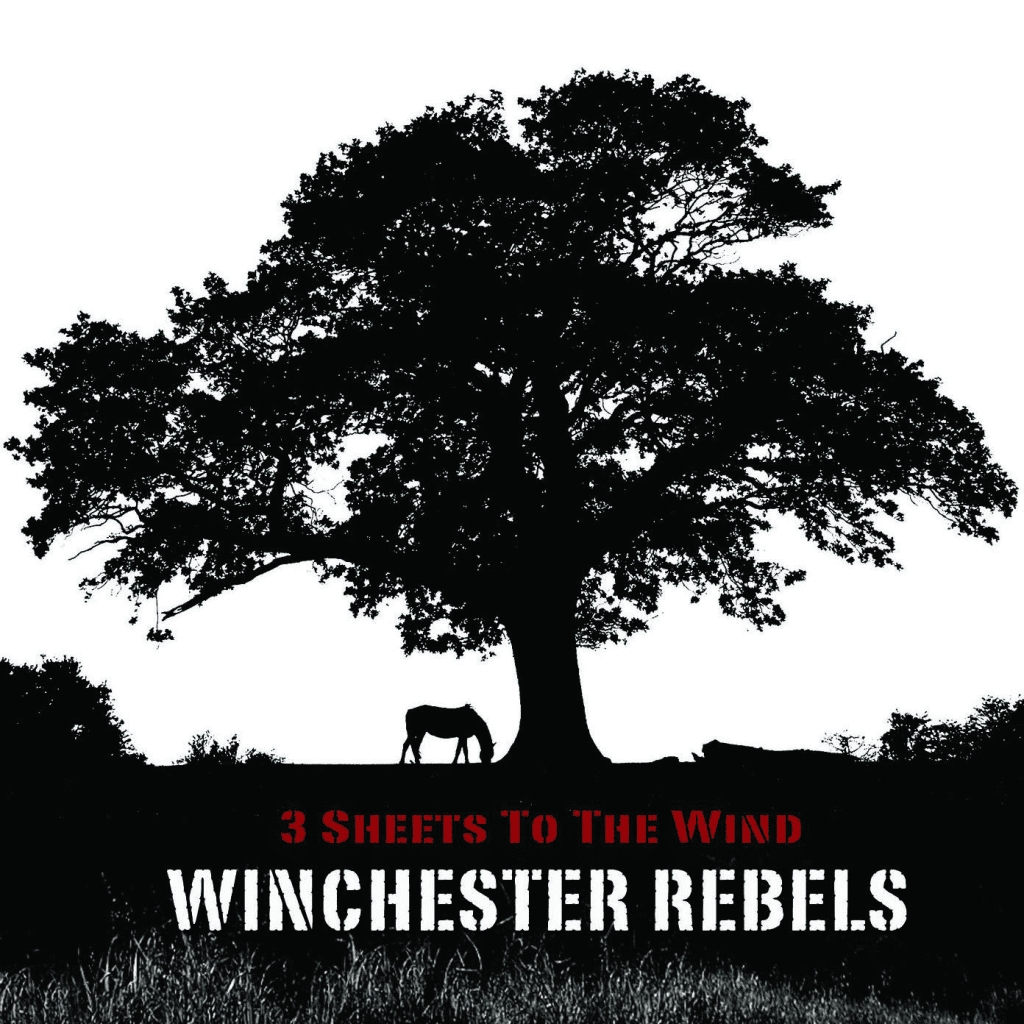 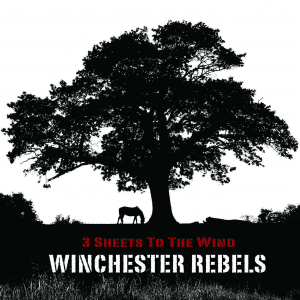 Winchester Rebels, a hard rock band from Santa Barbara, California, have released a new CD entitled, “Three Sheets to the Wind”.  The CD gets off to a good start with the single, “Down”; a strong, straight ahead rock song with overtones of Alice in Chains meets Stone Temple Pilots. The confident vocal styling of lead singer, Nick Hunt, adds energy to an already upbeat tune, which leads to the listener giving into the impulse to vigorously bang ones head. “Down” has a good, aggressive, energetic feel to it that emanates directly from the simple guitar hook, and the out-front rhythm of the drums and bass pounding out the driving beat. The song has the typical rock structure, but to me the only failing with the arrangement of the single, “Down”, is that it fades out at the end, and the song begs for a “KISS” ending – something more dramatic and forceful. The ending aside, it is a strong, hard rock song that leaves the listener wanting to hear more.

What really stands out to me on the song, ‘Private Angel’ is that the drums and guitar drive the song as much, if not more than the vocals do. For me, that is a good sign. This band is well-rounded, and doesn’t depend on the vocalist to carry them through the song.  This particular song is the kind of music you want cranking on your stereo while blazing down the PCH with the top down on your ’68 Camaro R/S. It is pure rock and roll that gets the blood pumping and the head banging. Guitar tones and overall production are top-notch (as they are for the entire CD), and the lyrics flow like an ice-cold beer on a scorching hot, southern California summer day.

“Dining with Devils” is almost an homage to Alice in Chains, with its dark, minor key, brooding guitars, and slower, heavy tempo. The vocal harmonies are tastefully done, a feast for the ears. Fat guitars and booming bass in the choruses make for a wall of sound that Phil Specter would be proud of. This song has a very symphonic feel to it. The lyrics, as they are on the rest of the CD, are intelligent, and the vocal phrasing makes the feel of the song that much more interesting.  The guitar solo isn’t the usual, “How many notes can I play in 4 measures” nonsense; in fact, it makes perfect musical sense, is played to the needs of the song, and is not just musical masturbation on the guitarist, Nick Fitzgerald’s part. The solo is so tastefully done that it actually leaves you wanting more of it. I like the mood of this song – dark, desperate, yet somehow uplifting. These guys know how to write good music.

“Johnny” is a lot more formulaic, in the sense that it’s a teen-angst anthem that the high school set will eat up like candy. With simple lyrics that tell the ubiquitous ‘Johnny’s’ story of dissatisfaction with his life, the song plays into the Bon Jovi, “Little Runaway” scenario. It’s a passable effort that might get some college radio play, but there is nothing to write home about in this particular song from a lyrical standpoint. Still, the vocals don’t disappoint, and the guitars are more than competent. It’s just more than a little dissonant in context with the rest of the CD, which is much more thoughtful, intense, and more adult-oriented overall.

I really enjoy the clean guitar rhythms on “Loaded Gun”. They give a kind of western flavor to the song, accomplishing the goal of conjuring up gunfighters of the Old West having it out at daybreak under the watchful eyes of the terrified townspeople. The drums and bass thump it out, driving the song to a frenzied pace that makes your heart beat faster as the showdown at sunup comes to its inevitable, bloody end.  Again, this song has good, if not simple lyrics that paint a picture of the story being told, and the emotions of fear, anticipation, and finally, resignation are imparted to the listener’s own imagination. A good “Cowboy Song” that gets the heart beating faster and is a fine way to close out this review.

“Three Sheets to the Wind” is a very solid effort by Winchester Rebels that I recommend you give a listen to. The bands web presence on ReverbNation is a good place to start. You can listen for free, download a couple of songs for free off the CD, and purchase the whole thing (recommended) on their site for instant download. This is a very competent, up-and-coming band, with lots of talent vocally and instrumentally. A well-rounded group that I think will go far. Check out Winchester Rebels on ReverbNation.