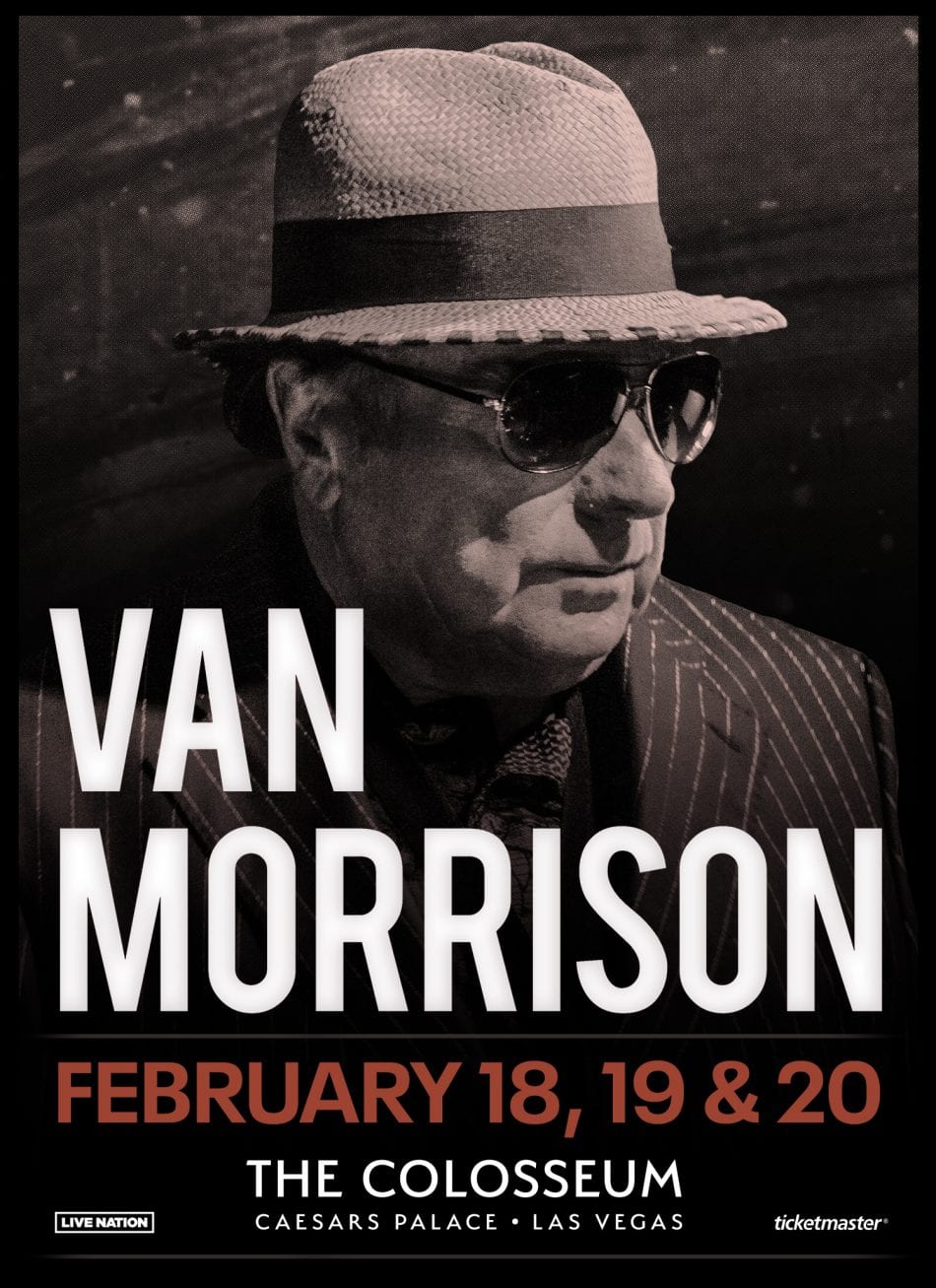 Legendary GRAMMY Award-winner Van Morrison has announced a three-night run of shows at The Colosseum at Caesars Palace February 18, 19 and 20, 2022. The shows are scheduled to begin at 8 p.m.

General ticket prices beginning at $64.50, plus applicable tax and fees, go on sale to the general public starting Friday, June 18 at 10 a.m. PT at ticketmaster.com.

The upcoming shows follow the release earlier this year of Morrison’s 42nd studio album, Latest Record Project: Volume 1, available now via Exile/BMG on double-CD, deluxe-CD, triple-vinyl, and digital formats. The 28-track double album includes such recently released songs as “Love Should Come With A Warning,” “Latest Record Project” and “Only A Song.”

Latest Record Project: Volume 1 affirms Morrison as an artist of integrity and distinction, channeling his love of blues, R&B, jazz, and soul into a sound that’s dynamic and utterly contemporary. While the album touches upon Morrison’s classic brand of romantic sentiment and late-night warmth, the overriding theme is a straight-talking commentary on contemporary life, with songs spanning the saxophone-led R&B gem “Jealousy” and the joyful, country-tinged “A Few Bars Early” to the spirited Them-style garage rock of the self-explanatory “Stop Bitching, Do Something.”