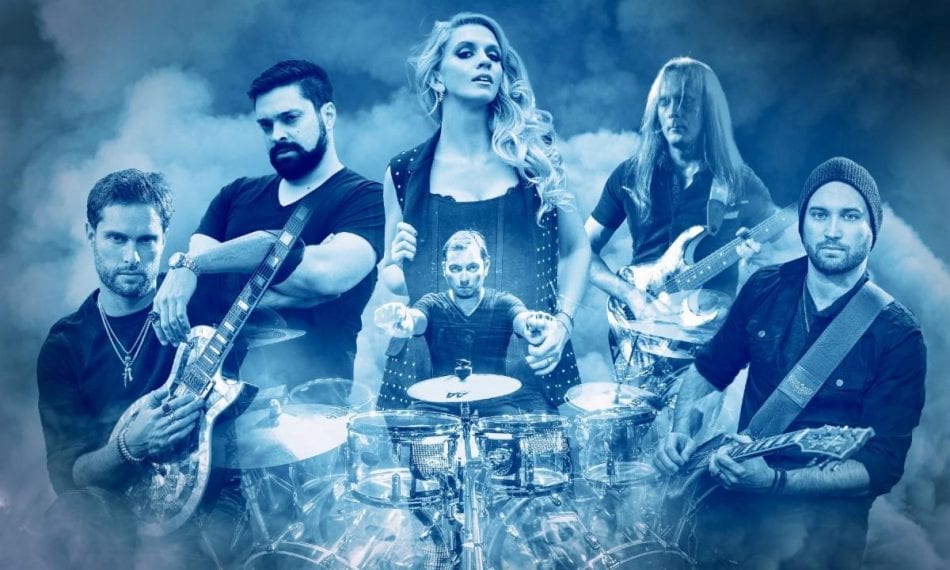 LOST SYMPHONY has revealed a bonus clip of guitarists Kelly Kereliuk and Jeff Loomis shredding through parts of the track “The World is Over,” which also features fellow axe-slinger Marty Friedman, from their sophomore album, Chapter II, released Friday.

“Either one of these guys alone could melt your face off with a guitar in their hands,” the band teases. “Put them together on the same track and they are 100% guaranteed to leave some damage in their wake!”

The clip is available today, exclusively via The Pit at https://www.wearethepit.com/2020/10/watch-jeff-loomis-and-lost-symphonys-kelly-kereliuk-engage-in-a-guitar-solo-stand-off/.

“Having been an admirer of both players for many years, their impact on my playing is immeasurable,” says LOST SYMPHONY guitarist Kereliuk. “To share a track with EITHER is an honor….to have BOTH on this track is like the ultimate birthday present!”

The second opus from the classical metal ensemble LOST SYMPHONY has once again welcomed a revolving cast of virtuosos, including Friedman, Loomis, David Ellefson, Jimi Bell, the late Oli Herbert and many more.

Chapter II is available at https://lnk.to/LS_Chapter_2.

LOST SYMPHONY was set in motion when Benny Goodman invited guitarists Kelly Kereliuk and Conrad Simon to add another dimension to the classical demo he had composed. An early recording of “Leave Well Enough Alone,” which appears on Chapter II, made its way to All That Remains co-founder and guitar hero Oli Herbert, who quickly jumped aboard as a chief collaborator. Upon arrival, Chapter I immediately received widespread critical acclaim. Metal Insider described it as “the great collision between metal and classical music,” and BraveWords claimed it has “taken the scene by storm.”

Core LOST SYMPHONY members Benny Goodman, Siobhán Cronin and Cory Paza have also launched the 2020’d podcast, where the modern-day triumvirate have called up some of their most interesting and successful friends, including recording artists, touring musicians, music industry experts, TV personalities, even a billionaire, and asked these friends to give us their take on current events as well as to share some of their wildest entertainment memories. As a team, Goodman, Cronin and Paza connect with their guests on an intellectual and emotional level, covering a wide range of topics resulting in a hilarious and informative discussions. The Podcasts are a full-tilt ride providing an edgy and immersive full-on belly laugh experience.

The first six episodes – We Got 2020’d!, Richard Shaw: From Musical Theatre to Cradle of Filth,

Richard Shaw: What goes on tour, goes on social media, David Abbruzzese: From Eddie Vedder to Axl Rose, David Abbruzzese: Bong hits and Bonham and Cara Maria Sorbello: I sold my soul to MTV – are available now, with new 2020’d episodes available on Sundays and Wednesdays at 9 p.m. EDT. Visit https://lnk.to/yougot2020d to listen. 2020’d is Soundtalentmedia.com. Stay tuned for information on upcoming guests.