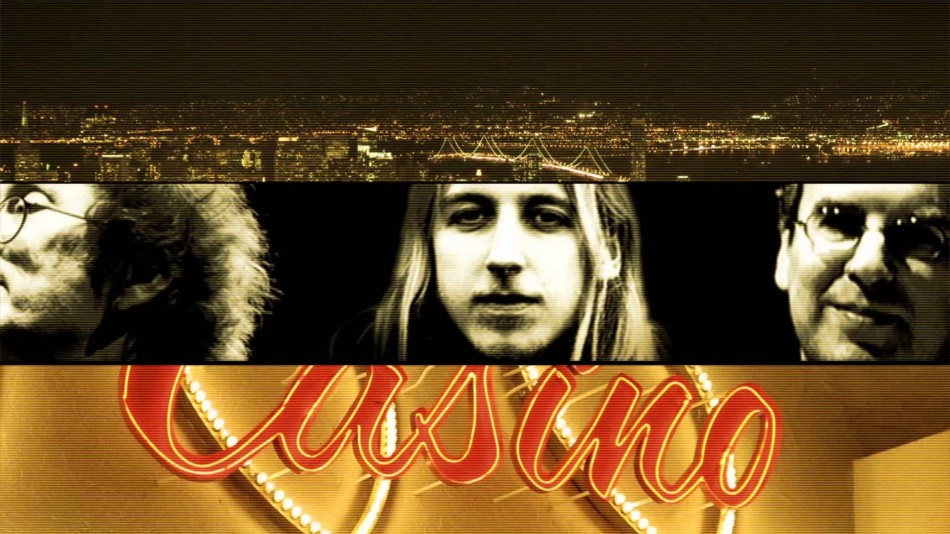 Following the release of the title track from The Tangent‘s forthcoming new album ‘A Spark In The Aether – The Music That Died Alone Volume Two‘, due out on April 20th, 2015 in Europe and April 21st, 2015 in the US, they are now pleased to reveal a lyric video for the track ‘San Francisco‘, which sees The Tangent moving slightly outside the familiar surroundings of Progressive Rock.

Band leader Andy Tillison had this to say about the song:

“It is part of a long piece about the way we view America from other parts of the world, and as such some of the music is reflective of the subject matter. Highly inspired by the TV theme tunes of the 1970s with shows like “The Streets Of San Francisco”, “Kojak” & films such as “Shaft” and “Bullit” – this song takes an affectionate, tongue-in-cheek look at the sheer number of times San Francisco has been destroyed on-screen. It also pays homage to the Oakland (a bay area city close to San Fran) band “Tower Of Power”.

“Funk and Prog are like two estranged sisters. They existed side by side in the early seventies. Both musical forms relied on precision musicianship. Both forms embraced the emerging synthesizer technology. Earth Wind & Fire’s albums sleeves sometimes featured fantasy artwork with pyramids and sphnixes, Osibisa even used Roger Dean for their sleeves. Yes & EWF both toured with huge stage sets and effects that could have been describes as “similar” in concept. Anyone who is into 70s progressive rock bands must have experienced the funk stuff as part of their musical soundtrack. Where there was a Zappa, there was a Bootsy, where there was a Daevid there was a George Clinton. I think that if it had all happened now, the two racially segregated forms might have been closer to one another. Although in this video you only meet one of the sisters… the overall result of the song itself is, hopefully, to bring these forms a little closer together.”

You can check out the video for ‘San Francisco‘ here:

They also recently launched a promo video for the title track of the album, which you can view here:

Twelve years, eight studio albums, two live DVDs and tours that have taken them from Moscow to Quebec. Now one of the most enduring third wave progressive rock bands on the scene returns – a band that has never made an album using the same personnel as the previous album. In fact, the same line-up has (to date) never been used twice.

But there are regulars. And some of the favourite regulars are back for the 8th album: Flower Kings bass legend Jonas Reingold; the ever-faithful and gifted Theo Travis, familiar to many from his work with the Steven Wilson band, Gong and Robert Fripp, with his arsenal of wind textures from saxophones to flutes; and the return to the fold of the amazingly talented Luke Machin, a guitar hero for a new generation who can even wow the old generations (and who also fronts his own band, Maschine).

And of course there’s band leader Andy Tillison (keyboards and vocals), the only member of the band to have played on all the records.

This team is joined by Morgan Ågren, Swedish drumming phenomenon who can even count Frank Zappa among his previous jobs (others include, but not limited to, Kaipa, Devin Townsend, and his own acclaimed Mats/Morgan Band). Morgan introduces to The Tangent a real live energy full of inspiration and eccentricity.