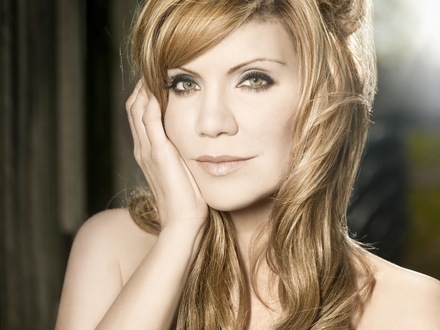 Alison Krauss is a bluegrass virtuoso who effortlessly bridges the gap between roots music and country, rock and pop. A highly sought after collaborator, Krauss has worked with some of the biggest names in popular music, including James Taylor, Phish, Dolly Parton, Yo Yo Ma and Bonnie Raitt. Since signing with Rounder Records at the age of 14, Krauss has sold over 12 million albums and won 27 Grammy Awards, the most for any female and the second most of any recording artist in Grammy history. Her work on such films as Cold Mountain and O Brother Where Art Thou has contributed immeasurably to a renaissance in American roots music. Her latest album – recorded with her longstanding bandmates, Union Station – is the endlessly impressive Paper Airplane, which debuted at #1 on the Billboard Country, Bluegrass and Folk Album charts upon its release.
The Gala begins at 5:30p.m. with a red carpet, cocktail reception and silent auction. The festivities continue at 7:00p.m. with dinner, the awards presentation, outstanding musical performances and a live auction.

The co-chairs for the 2015 event are Ree Buchanan, George Anderson and Danielle Bouharoun.

Table sponsorships range from $11,500 to $100,000. Individual tickets are $1,000.00. Ads congratulating the honorees may also be purchased in the commemorative journal. For journal ads and sponsorship information, email Allyson Baggott at abaggott@tjmartell.org or visit www.tjmartell.org.