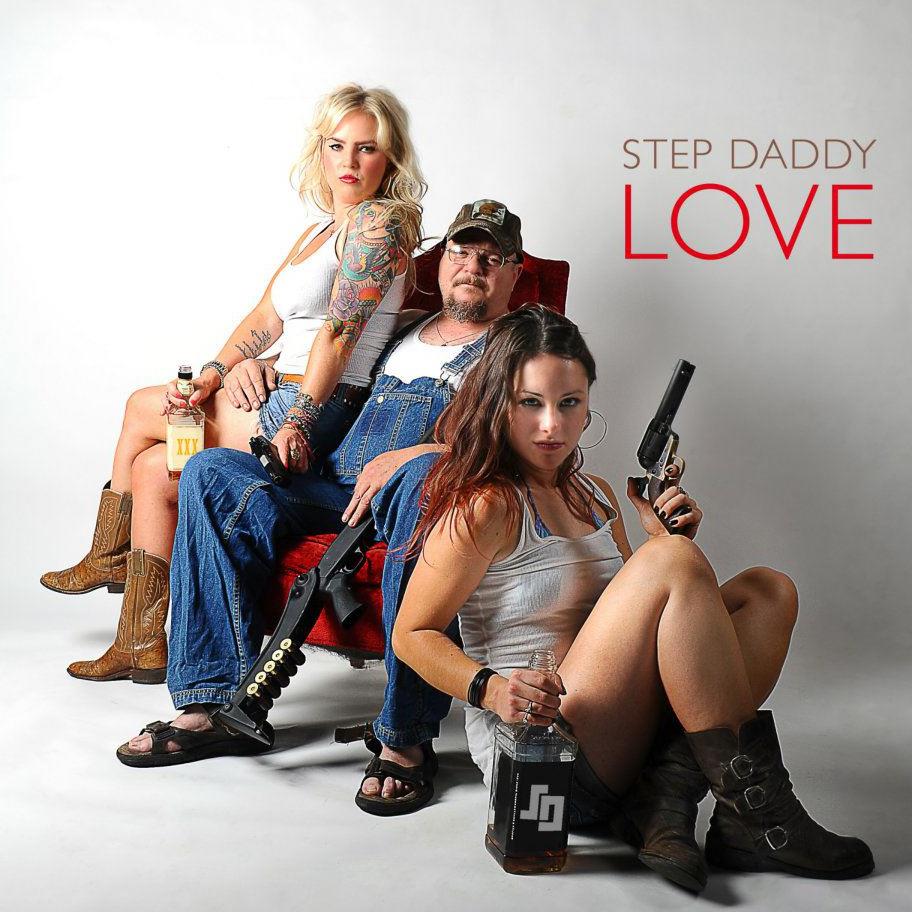 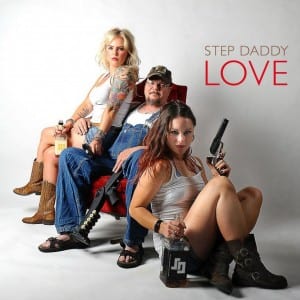 Step Daddy is a new-age, funk, thrash, progressive, avant-garde metal band from Seattle, Washington. I’m not going to go much deeper into their background than that, because frankly, I don’t see this band, or their genre, whatever that is, going anywhere. Their latest musical effort is called ‘Love’. That is a word that is misapplied to how I feel about this band.

They’re obviously extremely musically competent, and their singer grows on you a little, once you’ve listened to him a couple of hundred times.  However, he has some strange ideas where to take his vocals on some of the tracks, showing a strong penchant for the avant-garde, throwing in a few dissonant lines in where they are most inappropriate.

It’s like a strange brew of Frank Zappa, Miles Davis, and Primus, but not in a good way a lot of the time. The music is frantic, frenetic, and high energy, but it tends to get chaotic to the point that it grates on your brain. I really think that their music would be more listenable if the singer had a more musical voice. He hits the notes alright, but his voice is better suited to Limp Bizkit than Frank Zappa, or even Primus, for that matter. If your thing is odd time signatures, avant-garde vocals, with some really good drumming, solid bass playing and some wild guitar spasms, then these guys might be your cup of tea. However, most of the time it seems that they’re just showing off how many different musical styles they can cram into a single song, with none of them really becoming anything much more than that.

Most of their songs are just variations on a theme, rolling over the tempo into another style type to make things a little less monotonous. ‘Brain de homage’ is the fifth song on their latest release, and it’s the first song on the album that sounds like it was written with a single mind, having a cohesion that the rest of the album to this point severely lacks. As I said, these guys are obviously competent, even talented musicians. It’s just that this CD is almost spastic in its lack of cohesion and unity of purpose. It is this lack of cohesion, and the singer’s less-than-musical voice that are going to keep this band in the small venues, and ultimately keep them from ever leaving Seattle as a group in any meaningful way.

I hear bands like this all the time, but usually not with their caliber of musicianship. Still, musicianship alone doesn’t guarantee success. It’s as if this band is musically schizophrenic, not knowing which personality to give voice to. Until they sort out all the voices in their collective heads, I don’t see this going much further than it already has. I suggest music therapy in heavy doses for this band so they can sort it all out, and start writing songs that are worth giving a voice to, let alone listening to. As things are now, I can’t recommend this latest effort from Step Daddy to anyone who isn’t already a fan.