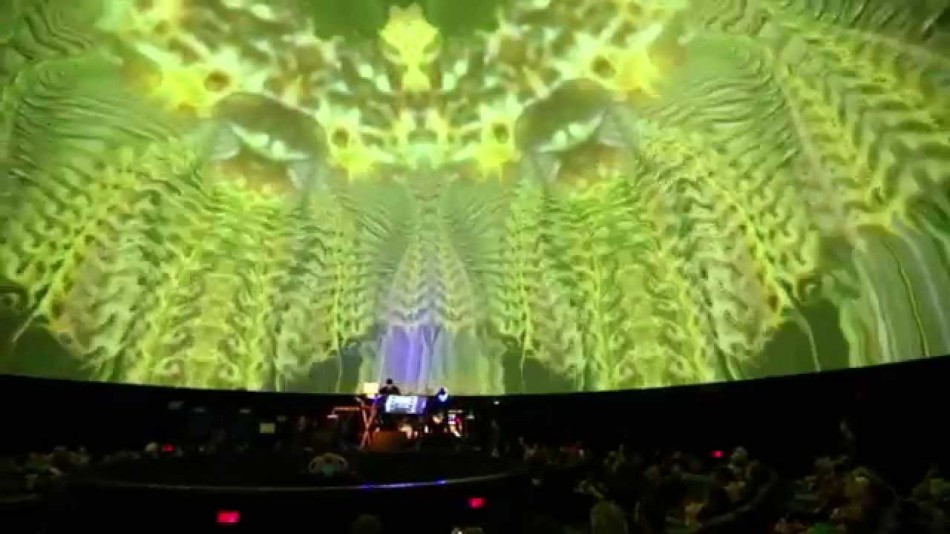 On August 27th And 28th In Colorado

(New York, NY)- Cinematic rockers Starset have announced additional dates supporting Breaking Benjamin (tour dates below). Along with their busy touring schedule, the band has recently begun taking their shows to a new dimension by performing their album Transmissions inside the engaging environment of planetariums. Two more highly anticipated shows have been scheduled at the Fiske Planetarium in Boulder, Colorado on August 27th and August 28th. Watch a recap of a previous planetarium show.

Lead vocalist and band founder Dustin Bates explains, “I love the immersion that a planetarium provides. The Starset live show is intended to be an experience—an escape from the tediousness of everyday life into the world of Starset—a world that has been heavily inspired by the Message. The planetarium is the closest we have come towards realizing this ever-expanding goal.

For the last two years music fans have been enthusiastically devouring Starset’s futuristic live shows. With custom video content, a stellar light show, and a large Minority Report-esque touch screen, the band is committed to delivering an entertaining escape allowing fans to enter an intricate world unlike any other. The band’s epic themes are spurred from the creative mind of lead singer Dustin Bates. A singer, songwriter and accomplished musician, Bates also boasts serious scientific credentials – as A PhD candidate in electrical engineering from Ohio University, he has done research for the U.S. Air Force and taught at the International Space University.

Starset’s magic of storytelling has transfixed fans both live and online. The band has garnered over 130 million views on YouTube of their official music videos as well as thousands of user generated videos that have been created by their fans (many having over one million views). Their streaming numbers have skyrocketed to over 500,000 Spotify streams per week.

Starset continues to unravel the saga behind Transmissions with their visuals including their videos which explore the movement to save humanity from an inevitable downfall caused by the misuse of technology. Watch the story here: https://www.youtube.com/user/starsetonline.

The atmospheric melodies and cryptic lyrics set Starset apart from other bands in their genre. The powerful, yet eerie messages woven throughout the album echo the story line of an epic science fiction movie. The band’s cinematic sound entered the rock world like a meteor in 2014. It debuted at #50 on the Billboard Top 200 Album Chart marking one of the highest chart debuts from a new rock band in 2014. Starset’s first single “My Demons” made radio history last year by being on the Billboard charts for a record-setting 43 weeks, peaking at #3 on Mainstream Rock Radio. This marked the longest chart run of the year at the format and the longest chart climb to the Top 5 at Mainstream Rock Radio for any artist since the launch of the chart in 1981. Starset’s current single “Halo” is climbing the charts now, watch the video for “Halo”

“Transmissions fuses the orchestral expanse of Muse with the harsher attack of the Deftones.” – Revolver