Standing up for your Rights 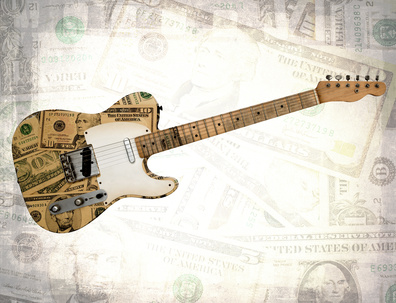 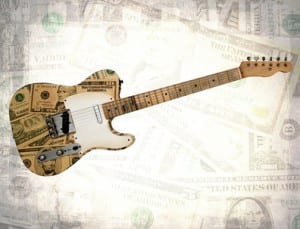 The Equal Rights Amendment of the 14th Amendment was adopted In July 1868, but it seems most venue owners failed to get the constitutional memo. Rather than support the majority of musicians who increase bar, food, merch and ticket sales, they discriminate and treat them unfairly through unconscionable “pay to play” contracts.

Ironically, these venues are extremely dependent upon music – live or recorded – to orchestrate the vibe for their intended market. Without the musical back-drop or live stage presence, the $6 beers and $14 dirty martinis would not go down so smooth.

It’s one thing to charge patrons outrageous prices for drinks and door entry for a DJ to spin music, play CDs or playlists without having to pay royalty fees to the musicians responsible for creating them. However, it’s quite another to force musicians to pay to play. Isn’t it enough that they spend countless years practicing, rehearsing and writing songs, purchasing instruments and gear, loading in and out equipment and then performing for up to two hours – not to mention travel costs, food and hotel for visiting artists?

Requiring musicians to also become the venue’s marketing agents so they can sell sufficient tickets to provide the venue a base revenue, let alone earn some pocket change, is disrespectful and revolting at best.  Venue owners counter that they champion the starving or burgeoning artist by giving them a stage to be heard. The same argument is used by AM/FM radio stations executives who refuse to pay royalties (see http://blog.musicinsidermagazine.com/2012/08/rise-up-against-the-amfm-machine/).  Is there a business conflict between being supportive and fair?

Unless musicians band together to empower themselves to stop this disrespectful practice, the venue owners will continue to divide and conquer, taking advantage of the musicians’ need to sell music and build a following.

Perhaps it’s time for musicians to do a benefit or, better yet, a worldwide empowerment. Call it, MusicanAid, where musicians around the planet perform on a designated date in parks, community centers and other noncommercial venues.

Petitions of support are signed, including a Musicians Bill of Rights, providing certain minimal wages and rights.  Venues who comply will have the privilege of posting the official designation in their window, subject to random audits by an independent third party. By default, the venues that refuse or fail to comply may be boycotted by musicians and patrons alike.

Alternatively, the song remains the same, with its tired lyrics of learned helplessness and starving musicians. Time to take this one out of the spin rotation.