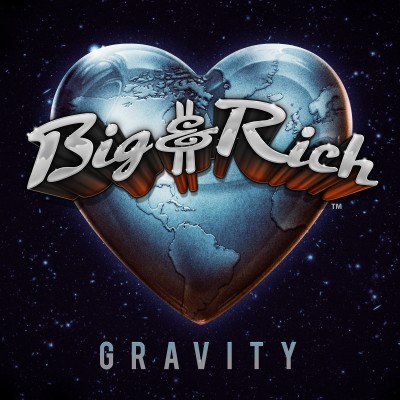 Proceeds from the event, which kicks off the 2015 FedEx St. Jude Classic golf tournament week, benefit St. Jude Children’s Research Hospital®, which is leading the way the world understands, treats and defeats childhood cancer and other life-threatening diseases. Funds from this event help ensure families never receive a bill from St. Jude for treatment, travel, housing or food – because all a family should worry about is helping their child live.

Rich has a string of hits as a solo artist and with Big & Rich, including “Comin’ to Your City,” “8th of November” and “Lost in the Moment.” Fellow performers Lee Greenwood, Lorrie Morgan, T.G. Sheppard and John Conlee have more than 30 No. 1 singles combined.

“I’m incredibly proud that the St. Jude Presents John Rich and Friends charity event has grown into an amazing entertainment event over the past four years, while continuing to support the kids of St Jude Children’s Research Hospital,” said Rich. “It’s a blessing to be part of an industry that has supported St. Jude so passionately for the past 30 years.”

St. Jude partner Window World® is presenting sponsor for the fourth consecutive year, and plays an important role in the success of St. Jude Presents John Rich and Friends. Through its charitable foundation Window World Cares®, the company supports St. Jude throughout the year and has raised more than $5 million for the kids of St. Jude.

Tickets are available for purchase at Ticketmaster, ranging from $40-$80 per person.

# # #
About St. Jude Children’s Research Hospital®
St. Jude Children’s Research Hospital is leading the way the world understands, treats and defeats childhood cancer and other life-threatening diseases. St. Jude has the world’s best survival rates for some of the most aggressive childhood cancers, and treatments invented at St. Jude have helped push the overall childhood cancer survival rate from 20 percent to 80 percent since we opened more than 50 years ago. St. Jude is working to drive the overall survival rate for childhood cancer to 90 percent in the next decade. St. Jude freely shares the breakthroughs we make, and every child saved at St. Jude means doctors and scientists worldwide can use that knowledge to save thousands more children. Families never receive a bill from St. Jude for treatment, travel, housing or food – because all a family should worry about is helping their child live. Join the St. Jude mission by visiting stjude.org or following St. Jude on facebook.com/stjude and twitter.com/stjude.About the FedEx St. Jude Classic
The tournament now known as the FedEx St. Jude Classic was founded in 1958 as the Memphis Open. The world-class event has raised invaluable funds and awareness to support research and treatment at the hospital since it became the sole charity in 1970. FedEx became title sponsor in 1986 and donations to the hospital skyrocketed. FedEx completed twenty-one years as title sponsor in 2006 and became the umbrella sponsor of the FedEx Cup in 2007. The tournament is produced by Youth Programs, Inc., a not-for-profit 501(c)(3) organization.

About Window World®
Window World®, headquartered in North Wilkesboro, N.C., is America’s largest replacement window and home remodeling company with more than 200 locally owned and operated offices nationwide. Founded in 1995, the company sells and installs windows, siding, doors and other exterior products. Window World is an ENERGY STAR® partner and its window products have earned the Good Housekeeping Seal for six consecutive years. In 2013, it was ranked “Highest in Customer Satisfaction with Windows and Doors in a Tie,” by J.D. Power. For more information about Window World, visit www.WindowWorld.com or call 1-800 NEXT WINDOW.