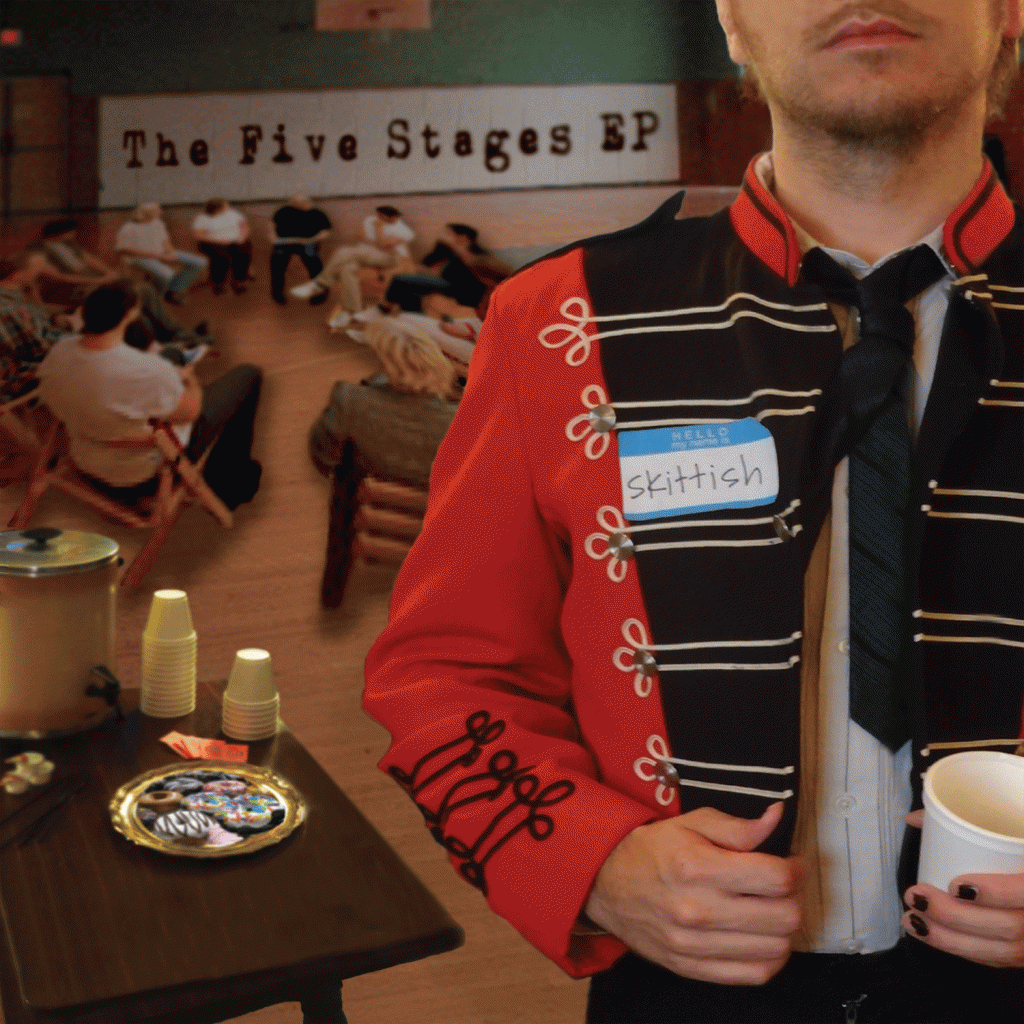 Band bio’s are fairly generic and quite insulting to the reader these days. “Gut busting rhythm sections” and “confessional, straight-from-the-diary lyrics” would mean more if they weren’t seen in every biography. So here’s the Cliff Notes:

After a stellar SXSW showcase, Skittish was being courted by labels in 2011. After a love-triangle blow out and a band-member suicide attempt the industry interest was scared off. The members dispersed leaving band-leader Jeff Noller alone, back where he started Skittish, in a Minneapolis basement. From this calamity sprang “The Five Stages EP.”

Based on the psychological concept of the 5 Stages of Grief that people go through when experiencing massive changes in their lives, each song represents a different stage, a different voice, the different personalities we all have when the flood of chemicals in our brain tilt us one way or another. Entirely written and recorded by Noller, it dances the listener from denial to acceptance in 25 minutes.

The sound of the album seems to conjure Trent Reznor and Conor Oberst meeting in a support group, building a time machine, and heading back to the dawn of the Industrial Revolution to make a record in an old factory. This sound has been cultivated over the 8 years of Skittish, and can most easily be described as ‘folk-rock … with thorns.’

Though any number of mighty minstrels may join him for live shows, Jeff Noller has remained the constant creative force behind Skittish since its inception in 2005. Minnesota born and bred, and sprung from the same hometown as Garrison Keillor, Noller crafts songs that are at times folky, rough, weird, and bitingly sarcastic. All with literary flair and more hooks than a tackle box. He has written and recorded all four Skittish albums in a hand-built lean-to of a studio in St Paul, Minnesota. That is where he’s known to spend his time, toiling on audio projects, and amassing enough money and courage to eventually disappear into the north woods.

“The Five Stages EP” is the critically lauded next step for Skittish. Newly signed with Spectra Records, Noller has gathered another gaggle of the best and brightest musicians Minnesota has to offer, ready to bring “The Five Stages EP” to life; and Skittish out of the dark basement. The gut busting rhythm section and confessional lyrics will be there as well. 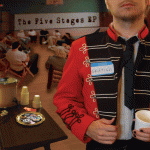