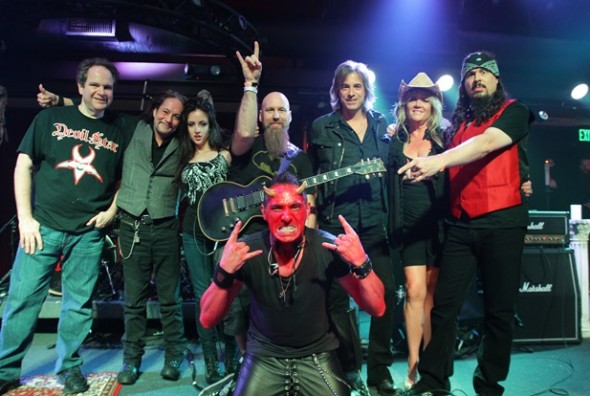 ROCKBAR THEATER…San Jose, Ca hosted the Demon Rock Off!! The Greatest Guitar competition of all time set in the Crossroads Story.

On June 27, 2015 The Rockbar Theater in San Jose, California, opened its doors to some of the finest guitar players in the Bay Area. Contestants had the opportunity to show their guitar playing talents and battle Satan’s Guitar Soul Collecting Fury for a grand prize of cool stuff and guitar glory. Celebrity Rockers and Guitar Gods were on hand to judge the guitar competition, lending there insight and expertise in all their respected areas.

The judging panel consisted of:

Contestant had to prove there chops in front of the judges and then see if they could compete with Satan and his DEMON BAND. In standard “Devil could care less style” Satan did everything he could to trip up the contestants by changing Genres, Speeds and Styles on the fly.

Warren DeMartini was quoted saying “Putting guitar players to the test on different genres and the ability to jam and create on melodies on the move is something missing from today’s playing, so it was great to see guitar players having to think on their feet”

Those guitarist able to make it through the maze of shredding went on to the head to head competition with Satan. Till finally the winner was crowned and Satan laid down his guitar and walked off stage in defeat!

Jake E Lee was on hand to say “ I was looking for guitar players to not just get up there and play fast but to hold that one note with feeling, conviction and vibrato”

As guitar players hit the stage to prove themselves it became more evident that the talent on the stage, from local guitar players was in high form and the judges had there work cut out for them.

Eddie Trunk noted that the “Demon Rock Off at Rockbar was a great showcase for emerging guitar talent. It was competitive while also supportive and encouraging to the various players and a hell of a lot of fun! Great event in a great venue that I was proud to be a part of”.

50 contestants entered and over the course of the night, the field was whittled down to one!!!

Billy Connelly was crowned the VICTOR by holding his own through 15 different genre changes that were thrown at him, as well as on his own solo performances!!

An Eternal Entry Rockstar Residency Wristband. This allows him free access to every show Rockbar Theater puts on forever-making him a resident Rockstar Guest!

There was also a DEVILS CHOICE AWARD that was given to the youngest contestant at 16 years old, Kyle Reinhart!! Celebrating his efforts and courage for taking on the Devil he was awarded a Monster Branded Guitar signed by all The judges!

Susan Cramer owner of ROCKBAR THEATER was quotes saying”  We love doing events like this that showcase the musicians in a different way than normal, and it is just a great even that everyone has so much fun. And we are so lucky to have some great iconic celebrity judges to help host the event”

ROCKBAR THEATER plans on hosting another Demon Rock off  event this January 2016. Guitar players get practicing… 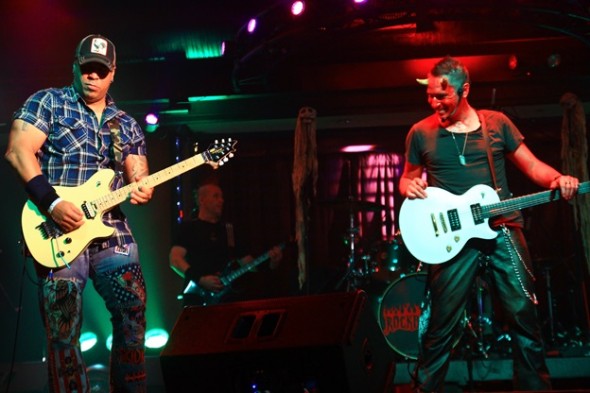 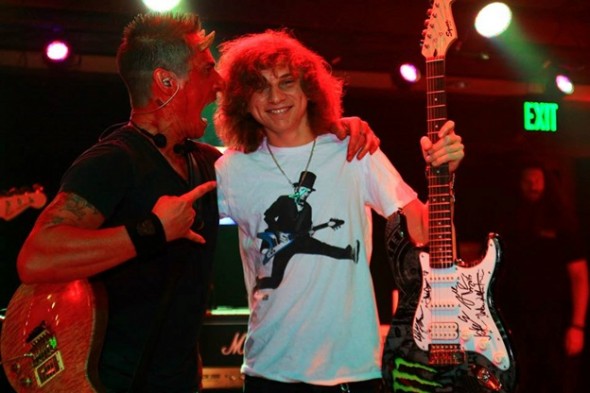