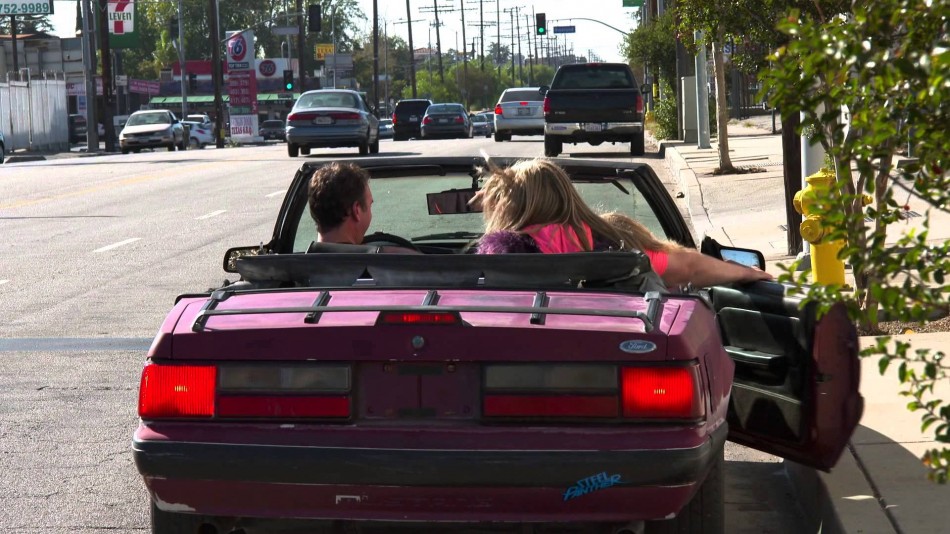 (New York, NY) – Rockers Steel Panther have just announced a series of “Threesomes.”  The glamorous rock n’ rollers will be playing two three-night residencies, one in their hometown of Los Angeles and the other in nearby Las Vegas, at the cities’ respective House Of Blues venues.  The shows will be spread out through the month of February.  Tickets for the shows can be purchased here.  Steel Panther holds the record for a Los Angeles residency, playing for more than ten years.  Please see below for the most up-to-date list of 2014/2015 North American tour dates, including a two-night stint in Vancouver in January, 2015.

Steel Panther is currently bringing their raucous show to North American audiences on tour as main support for iconic metallers Judas Priest.  The band’s opening set has been winning praise from critics and fans alike with the Pittsburgh Post-Gazette declaring Steel Panther, “a contender for the world’s funniest band, not just for the songs but what happens in between.  Steel Panther…totally rocks while also spoofing the genre of Poison, Van Halen and Motley Crue”, while the Broward Palm Beach New Times avowed, “Steel Panther is an ’80s-inspired glam metal band that is equal parts metal music and glam metal cabaret…the best of the band comes in the form of the in-between song banter and the self-aggrandizing, overtly-macho lyricism of the songs themselves…”
Immediately following the Judas Priest tour, Steel Panther will make a quick jaunt to Japan for two shows and will then return to the United States to begin their December headlining run, rounding off a very hectic, successful year.  Check out their latest video for “Pussywhipped” here.

Hailing from Los Angeles, CA, the epicenter for rock n’ roll in all its debauchery and glamour, Steel Panther have established themselves as the premier party band, melding hard rock virtuosity with parody and criminally good looks.  With three full-length albums, a decade of sold-out residencies, worldwide touring, platinum-level You Tube status and such high-profile television appearances as “Dancing With The Stars,” commercials and most recently, FOX NFL Sunday, the band is touring in support of their latest effort, ALL YOU CAN EAT.  Released in April to rave reviews (Open E Records via Kobalt Label Services), the album bowed at #24 on the Billboard Top 200 Album chart; garnering the band their third consecutive #1 album on the Top Current Comedy chart.

Of ALL YOU CAN EAT, Rolling Stone UK avowed, “There’s a reason Steel Panther have transcended their origins as a covers band playing the Sunset Strip…It’s dumb fun, but not as stupid as you think”, while Metal Sucks declared, “Steel Panther‘s concept is genius…their songwriting is…preposterously snappy – and relatable.”  Click here to check out Steel Panther‘s hilarious recent appearance on FOX NFL Sunday; click here to check out the video for “The Burden Of Being Wonderful”.

Steel Panther has been joined on stage by such musical icons as Steven Tyler of Aerosmith, Paul Stanley of KISS, Kelly Clarkson, Pink, Billy Ray Cyrus, Corey Taylor of Slipknot, Tom Morello of Rage Against The Machine/Audioslave and more.  The band played to the largest crowd of their career this past June when they closed the Download Festival in Donington, UK alongside Alter Bridge and Aerosmith.  Steel Panther is Michael Starr (lead singer), Satchel (guitarist), Lexxi Foxx (bass) and Stix Zadinia (drums).