The Road to Coachella 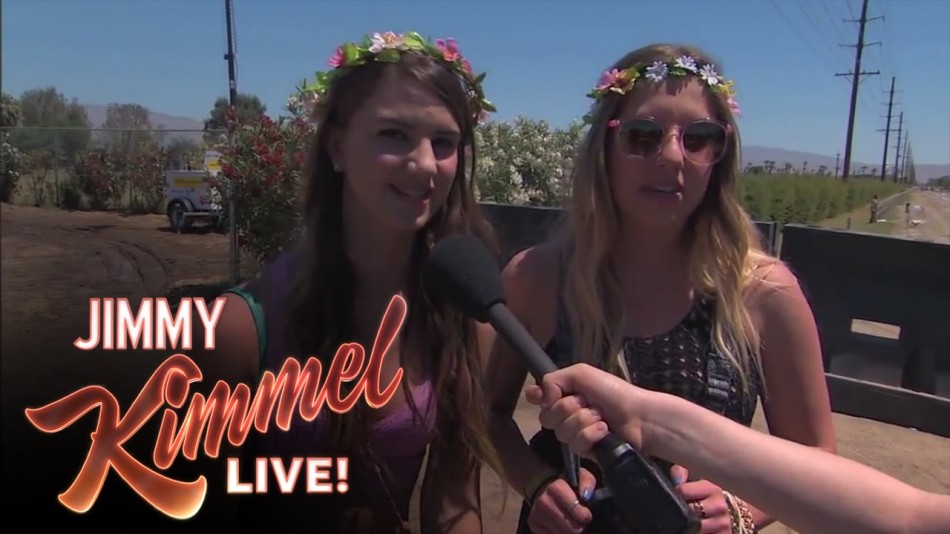 Back on November 5, 1993, I saw Pearl Jam play at the Empire Polo Fields in Indio, Calif. The concert was epic minus the whole “shoe the shoeless” antics, and it sparked the launch of what is now known as the Coachella Valley Music and Arts Festival. The festival is so successful, in fact, that the 2015 tickets sold out three hours after going on sale for both weekends April 10-12 and April 17-19.

I’m sure we’ve all heard of the headliners like Drake, Jack White and AC/DC, but how do some of the bands that you and I have probably never even heard of before get a gig playing in one of the world’s largest music festivals?

If you’ve ever seen the Coachella edition of “Lie Witness News” on “Jimmy Kimmel Live,” you know that with so many bands hitting all of the stages, hipsters can be easily fooled with even the most ridiculous fake band names. As much as I’d like to go into how amazing Jack White was at Red Rocks in Denver last August, here are five relatively unknown bands on the road to Coachella that I think you should get to know.

With a swerve of genres fused together including U.K. funky, baroque pop, classical, electronic, synthpop and nu-disco, there’s a little something for everyone with this English quartet. The band formed back in 2006 at University of Cambridge and eight years later has gone on to score a no. 1 hit “Rather Be,” featuring Jess Glynne, which also garnered Clean Bandit a major win at this year’s Grammy Awards in the Best Dance Recording category. If you can’t catch them at Coachella, they’ll be touring across the U.S. beginning in March.

Mix indie pop with some gender-bending, and you’ve got Perfume Genius’s Mike Hadreas. He’s got all of the stylings of drag rock à la “The Rocky Horror Picture Show” mixed with the sounds of Bowie and Morrissey. With three albums under his (garter) belt and critical acclaim, he will have plenty of material to perform at Coachella and might even stand out from the crowd. Check out his video “Queen” and this “Vice” interview to get a better feel for this flamboyant performer.

With eight full-length albums released to date, Built to Spill is a well-established band that started back in 1992 in Boise, Idaho. I vaguely recall listening to their 1999 album “Keep It Like a Secret,” which brings back a tinge of nostalgia of a post-grunge era. Their melodic grooves are certain to keep the crowds in good spirits. The band has also been cited as an inspiration for bands like Modest Mouse, The Strokes and Death Cab for Cutie.

If you’ve ever seen this band’s videos for “Dust and Bones” or its latest single “When You Were Mine,” you would probably agree that both the imagery and sound are anything but ordinary. NOT1927 experiments with synthpop sounds that remind me of 80s bands like Human League and The Cure. Check out this recent interview on InStyle for a closer look into this duo.

PHOX is a new band that began in 2011 in Madison, Wis. The band’s EP “Confetti” wasn’t released until two years later in early 2013, and their self-titled debut LP was released on June 24, 2014. Since then, they’ve gone on to play other music festivals like South by Southwest and Lollapalooza, and I believe this six-piece alternative folk/indie pop band fits the bill for Coachella. Check out these live versions of “Slow Motion” and “Blue and White.”

So whether you agree that these bands have truly earned their spots on the Coachella 2015 lineup or not, one thing is for sure – there will be something for everyone. Are there any bands that you think got snubbed, or are you excited about this year’s headliners? As someone located just an hour away from Coachella, I can tell you that the temperatures are already rising in the desert, and this is sure to be one of the hottest festivals yet.