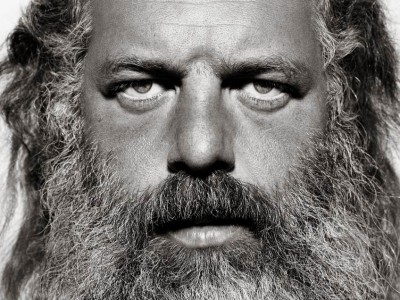 Annual Celebration Will Pay Homage to Eight-Time GRAMMY Winner Rubin at The Village Studios in West Los Angeles on Feb. 11, 2016

Santa Monica, Calif. (October 28, 2015) — The Recording Academy® Producers & Engineers Wing® will celebrate its ninth annual GRAMMY® Week event by honoring multi-GRAMMY winner Rick Rubin for his commitment to creative and sonic excellence and ongoing support for the art and craft of recorded music. The event will be held on Thursday, Feb. 11, 2016, at The Village studios in West Los Angeles. GRAMMY Week culminates with the 58th Annual GRAMMY Awards® on Monday, Feb. 15, 2016, airing live on the CBS Television Network, at 8 p.m. ET/PT.

“Rick Rubin has said he has one rule regarding his recording process, ‘The only rule is that it’s not done until it’s great,'” said Neil Portnow, President/CEO of The Recording Academy. “His contributions to music and to the artists he’s worked with prove that Rick is beyond simply great. He is remarkable. We look forward to celebrating this musical icon and his pioneering career, which continues to inspire and climb to new heights.”

One of the highlights of GRAMMY Week, the Producers & Engineers Wing event gathers passionate behind-the-scenes music makers in celebration of their efforts and advancements in the pursuit of sound perfection.

About The Recording Academy: Established in 1957, The Recording Academy is an organization of musicians, songwriters, producers, engineers and recording professionals that is dedicated to improving the cultural condition and quality of life for music and its makers. Internationally known for the GRAMMY Awards — the preeminent peer-recognized award for musical excellence and the most credible brand in music — The Recording Academy is responsible for groundbreaking professional development, cultural enrichment, advocacy, education and human services programs. The Academy continues to focus on its mission of recognizing musical excellence, advocating for the well-being of music makers and ensuring music remains an indelible part of our culture. For more information about The Academy, please visit www.grammy.com. For breaking news and exclusive content, follow @TheGRAMMYs on Twitter, “like” The GRAMMYs on Facebook, and join The GRAMMYs’ social communities on Google +, Instagram, Pinterest, Tumblr, and YouTube.

About The Producers & Engineers Wing: Currently more than 6,500 professionals comprise The Recording Academy Producers & Engineers Wing, which was established for producers, engineers, remixers, manufacturers, technologists, and other related creative and technical professionals in the recording field. This organized voice for the recording community addresses issues that affect the craft of recorded music, including the development and implementation of new technologies, technical guidelines and recommendations, and archiving and preservation initiatives. For more information, please visit www.producersandengineers.com.