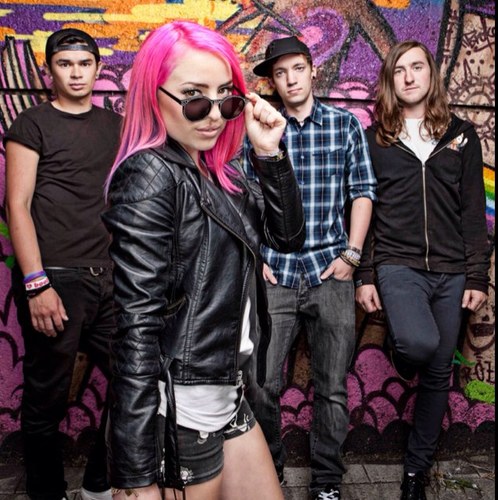 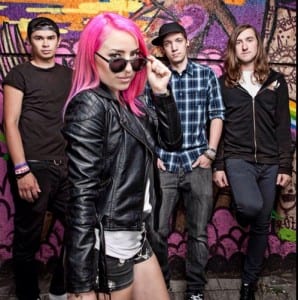 Reachback formed in 2009 and immediately set to work in writing fresh Pop-Rock tracks.  After releasing their first single ‘Butterflies’ in 2010, which aired on Absolute Radio, Reachback went on to share the stage with acts including McFly, Scouting For Girls, Mayday Parade, Forever The Sickest Kids and many more.  Reachback released two singles; Without You’ which went straight into the Total Rock Radio playlist, and resulted in Reachback being named Unsigned Band Of The Week by Sarah Champion of Absolute Radio, and ‘No One Else’ which caught the ear of Radio 1 and Kerrang! Magazine.

In September 2011, Reachback were invited to record two of their songs acoustically at Abbey Road Studios by MTV and Extreme Music.

2012 was one of the most successful years for Reachback. It included 3 Artist In Music Award nominations, a slot on the McFly ‘Keep Calm & Play Louder’ tour, the debut video for ‘No One Else’ airing on Kerrang! And MTV, and showcases at MTV & Extreme Music’s head offices in Los Angeles.  The band was also invited to participate in the celebrity charity football tournament ‘Soccer Six’ with bands including You Me At Six.

The success in early 2012 was highlighted by Reachback earning a slot on the Red Bull Bedroom Jam Tour, and playing some of the UK’s biggest festivals over the summer, including Slam Dunk, Download and Hevy Festival.  Reachback were also invited to perform at the BT London Live Hyde Park Festival during the Olympics.

Reachback released their 4th single ‘Get Up’ on the 10th of September 2012, which received radio play on Kerrang! XFM, Q Radio, Sunset Island Music (Florida) and many more.

In 2013 Reachback spent the first half of the year touring the UK, and recording their Debut Album at Longwave Studios with producer Romesh Dodangoda.

The album is scheduled for release through Spectra Records in 2014.