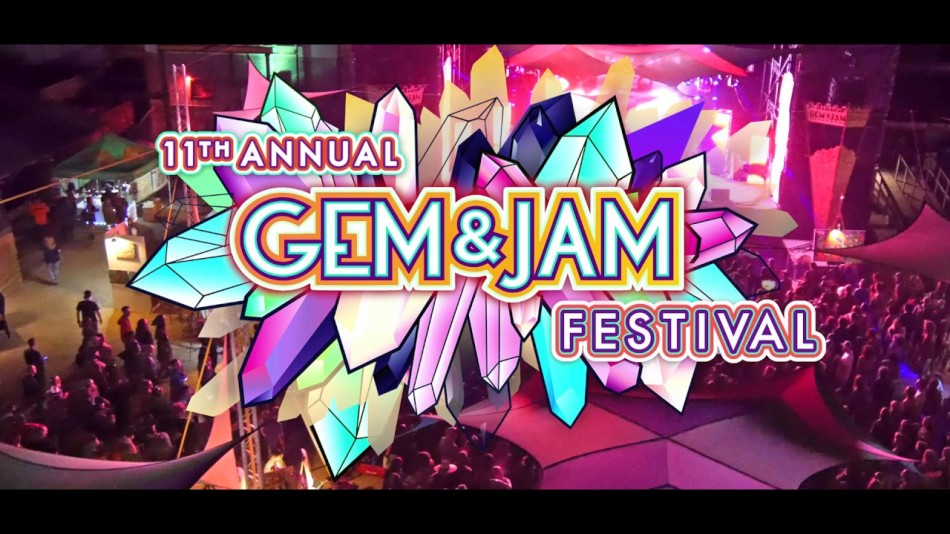 Tucson, Arizona (December 6, 2016) – Gem & Jam Festival is excited to announce the addition of Mike Gordon  bassist of perennial jam band favorites, Phish. Joining Gordon on stage will be: keyboardist, Robert Walker; multi-instrumentalist and guitarist Scott Murawsk; drummer, John Kimock and percussionist, Craig Myers. The 11th annual three-day music, art, performance and gem & mineral festival continues to underscore the “jam” in Gem & Jam, having previously announced Dead & Co.’s Jeff Chimenti would be joining Steve Kimock & Friends and 4 of the 6 String Cheese Incident members would be coming together to perform as The Trancident  Additionally, Steve Kimock & Friends along with members of The Motet will be coming together for an entire set of Grateful Dead music, called Play the Dead! 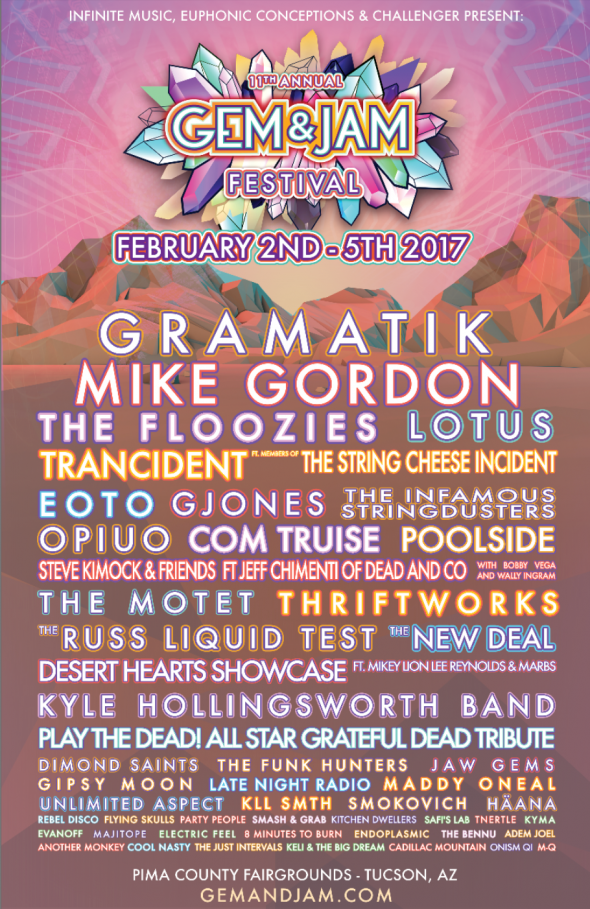 “There is something truly special about this year’s lineup,” says festival co-producer Josh Pollack. “It will be really exciting to see these collaborations come together, for a magical few nights under the desert sky.”

Located on 640 acres and just 20 miles south of downtown Tucson, the Pima County Fairgrounds is surrounded by nature and resides in a desert environment, creating an expansive setting perfect for Gem & Jam. The multi-stage music and arts festival will be offering camping options for the first time, including: onsite RV camping with hookups, boutique camping, car camping and walk-in camping. In addition to this new element, Gem & Jam will be expanding on its experience with world-class visuals, unique stage designs, artist galleries, live paintings, experiential installations, daytime workshops, gem and mineral vendors and much more.  General Admission passes are available now for $169, plus fees. Camping options will be available starting at $30, plus fees. Prices will remain frozen, until December 15th. Tickets are available online at www.gemandjamfestival.com. Gem & Jam Festival is an all ages event.

Gem & Jam is produced by Infinite Music Productions, Euphonic Conceptions, and Challenger Presents. Visit www.gemandjamfestival.com for the most up-to-date information. Stay connected on Facebook at www.facebook.com/GemAndJam, Twitter at www.twitter.com/GemJamFestival and on Instagram at www.instagram.com/GemAndJamFestival.