Copyright and Package your Music to Make a Profit 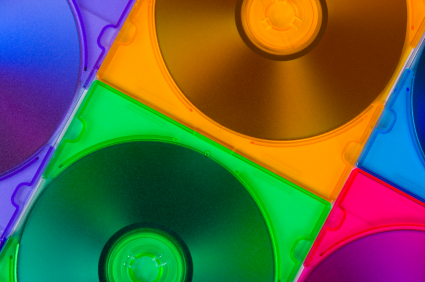 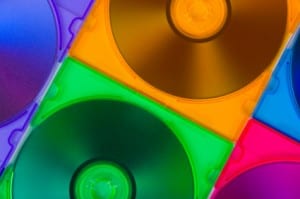 While you do have another source of income, you can’t quite see yourself at your current job for the rest of your life. Music is what drives you to stay up late, to get by on four hours of sleep after a gig, and to spend all your extra cash on a new guitar.

How can you make sure that all the effort you put into your music is safeguarded and well received by industry pros?

To say that John “Sly” Wilson knows his way around the music industry is like saying Lance Armstrong knows his way around France. Over a 35 year career, Wilson has been a singer, musician, composer, producer, writer, film composer and on and on. He is currently displayed in the Rock and Roll Hall of Fame and recently received a Men of Motown award.

So you might want to listen to him when he stresses the need to copyright your music. “What a lot of people forget,” Wilson says, “is that the ‘music business’ is 10 percent music and 90 percent business. If you don’t remember that it’s a business, how do you think you’re going to get paid?”

Wilson’s first rule of making it in the music business? “Learn the business first.”

An integral part of that business is protecting your music through copyright laws. “Never send something to a producer without copyrighting it first,” Wilson advises. “If you don’t, that producer can do whatever he or she wants with the music, the lyrics or the composition.”

The digital revolution has brought many changes to the music business, but not to copyright laws. Many musicians think they can get by with emailing their music back to themselves. They’ve heard it gives them a “common law copyright.”

Take it from John Wilson: “That email thing doesn’t work. It is not recognized by the United States Copyright Office, the final arbiter in any publishing dispute.”

Wilson stresses that musicians should take the time to copyright their work before they send it to a producer — or anyone. You can learn more about the correct copyright procedure at the U.S Copyright Office’s web site.

As a producer, Wilson currently co-owns Super Star Entertainment with Joe Jackson, Michael Jackson’s father. Wilson has worked with dozens of top recording artists, including Janet Jackson and LaToya Jackson. He has also received hundreds of submissions from hopeful artists. What have bands done right — and wrong — to get his attention?

“There are three phrases that are an instant turn off,” Wilson says, “The first is ‘I have the look.’ Really, I don’t care how you look. I care how you sound.”

“The second,” Wilson says: “‘I am off the hook.’ You may be off the hook, but let me judge that first before you tell me how great you are.”

“The third,” Wilson says, “is ‘I produced it all myself.’ That’s a red flag that the recording will be unprofessional and probably not worth my time.”

“Just having software in your bedroom doesn’t make you a music producer,” Wilson says. “A real professional can tell the difference between different makes and brands of instruments. They can give you guidance on your music and how to make it better so that it will sell. That’s something you can’t get out of a box.”

Package your band to a stand-out

Now you know some things to avoid if you want to approach a professional producer. What are some things that artists have done right?

“Overall,” Wilson says, “do something different.”

Every week, Wilson pages through LA Weekly to see what bands are playing and recording. “So many of those band pictures all look the same,” Wilson says. “They’re standing up, standing together, looking into the camera. And they all look either tough or painfully artsy.”

Wilson suggests doing something different with your band photo. Shake things up a little. Try a different setting. Do something besides just stand there. “Don’t be a follower. Be a leader. Hire a professional photographer who can work with you to capture something unique about your band.”

When you submit your music to a producer, don’t just send the same boring materials. Use this initial contact with the producer to show some creativity.

“One of the submissions that still really stands out to me,” Wilson says, “came from a musician in Michigan. He sent me a CD wrapped in an old piece of cardboard. Taped to the cardboard was a key and a note. The note said, ‘This is the key to open up your world of music.’

“After seeing that, I had to listen to that CD. He grabbed my attention — and showed me that he’s a unique and creative artist.”

So before you stuff the usual marketing materials into a big envelope, take a step back and think of a creative way to get a producer’s attention. You need to use every trick in the book to make your band stand out above the fray.

Know the business inside and out

As John Wilson says, the music business is a for-profit endeavor. Every artist — from garage band to pop star — needs to understand that producers, publishers and record companies are out to make a profit. It’s a big, nasty world out there. People will try to take advantage of you at every turn.

By taking the time to properly copyright your music, you ensure the future publishing rights will stay in your hands. By thinking about how you present yourself to producers and agents, you make your band stand out as professional and creative artists.

As you look back on your career 35 years from now, you’ll be glad you spent some time on the 90 percent of the music business — the business.