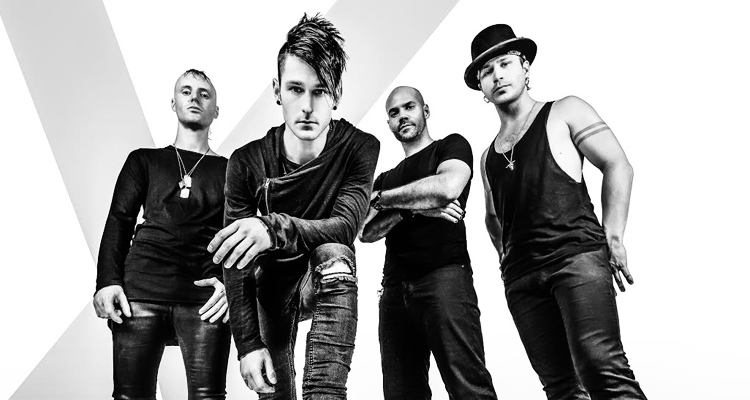 It’s not often a platinum selling band with a #1 song in the US announces they’re going on hiatus, but that was the case when MY DARKEST DAYS singer MATT WALST was given the opportunity to front Canadian hard rock legends, THREE DAYS GRACE .

NEVER SAY DIE started in the front passenger seat of the MY DARKEST DAYS band wagon … we had a relentless tour schedule,” says REID HENRY (Lead Vocals/Guitar). “During overnight drives I’d squeeze through a small window to the front of the bus and stay up writing, singing, and occasionally wedging my laptop on the dashboard to record.”

Over the next year, NEVER SAY DIE remained a studio project of Reid and MY DARKEST DAYS band mate, BRENDAN McMILLAN (Bass).

In early 2016, Reid’s demos caught the interest of Producer/Engineer (EVANS BLUE, PARABELLE, SCARLET WHITE ) and drummer (AGE OF DAYS ), MIKE LANGFORD. The band began recording an EP that grew into an album. With the addition of Mike’s long time tour mate, DANE HARTSELL (guitar/vocals), what started as a dream for Reid, NEVER SAY DIE has quickly become a reality.

With their debut album set for release early 2017 and plans to tour Canada/US, it’s apparent NEVER SAY DIE has positioned themselves to continue where MY DARKEST DAYS left off. 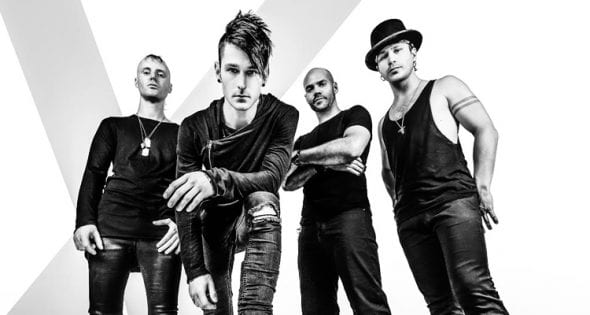