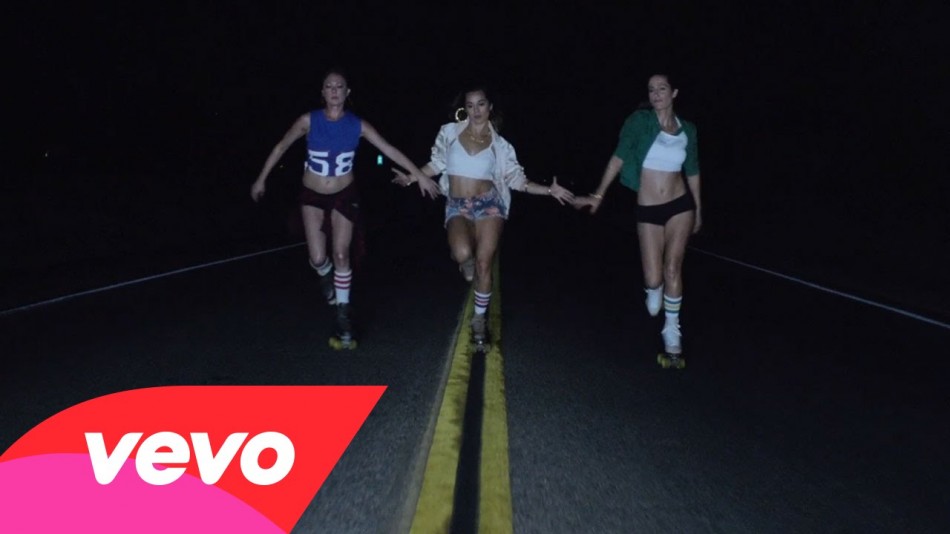 If you’re considering what to shoot for your next music video, consider this: The days of big-budget, Hollywood produced feature-film-style music videos are over. Simple is back.

Like girls roller skating down the highway one night in the “Gold” video by electronic musician Chet Faker.

Or Coldplay taking it to the streets in “A Sky Full of Stars.” Or “Forever Scum” by Detroit’s hardcore band The Armed that captures a domestic scene shot with one camera, which the Alternative Press touts as one of “The Best Music Videos of the year 2015 so far.”

While it may not be simple to handle the logistics of making these videos, the point is for them to appear as down-to-earth representations of real people doing their thing. The videos do not have multiple sets and story lines edited together. Instead, scenes are shot with hand-held cameras or phones (often with amateur production quality), or moments are captured by a lone camera at a single angle, or live performance footage is contrasted against still photos.

Whether or not the artists are present in their videos, the musicians are bringing fans on the road, into their neighborhoods and on quirky adventures. For example, Pharrell Williams appeared in his music video “Happy,”

which won a Grammy and shows a diverse array of people for a few brief moments at locations all over the world in the throes of happiness. While this video required massive amounts of material to be edited together, the concept was straightforward, clips of Williams interspersed with images of people enjoying themselves.

Sia’s “Chandalier” that features modern dancer Maddie Ziegler in a solo performance wearing a signature Sia wig was also one of 2015 Grammy nominations for best music video. Sure, it was well-produced, but again, the concept was not complicated and had one set in which the dancer performed.

Some videos capture a certain time period or make a statement about our current times. In early 2015, Prince released the psychedelic video “Marz” as part of his 3RDEYEGIRL collaboration that brings viewers into another era with blurred sequences and trippy effects.

Whether or not you’re planning to shoot live footage of your band performing, consider the options for including non-band images in your next music video. It may be a simple as your dog chasing a cat through the neighborhood, the cityscape showing the weird people who you hang out with or kids dancing at a birthday party.

Look at your everyday surroundings and put a twist in them somehow. Show a montage of close-ups at a local pub (get permission to use their images, of course) or intersperse a series of local monuments with images of the night sky. Capture some rare moments where your band mates are being themselves while on tour. View where you live and what your band stands for from a new perspective, and your fans will come back for more.