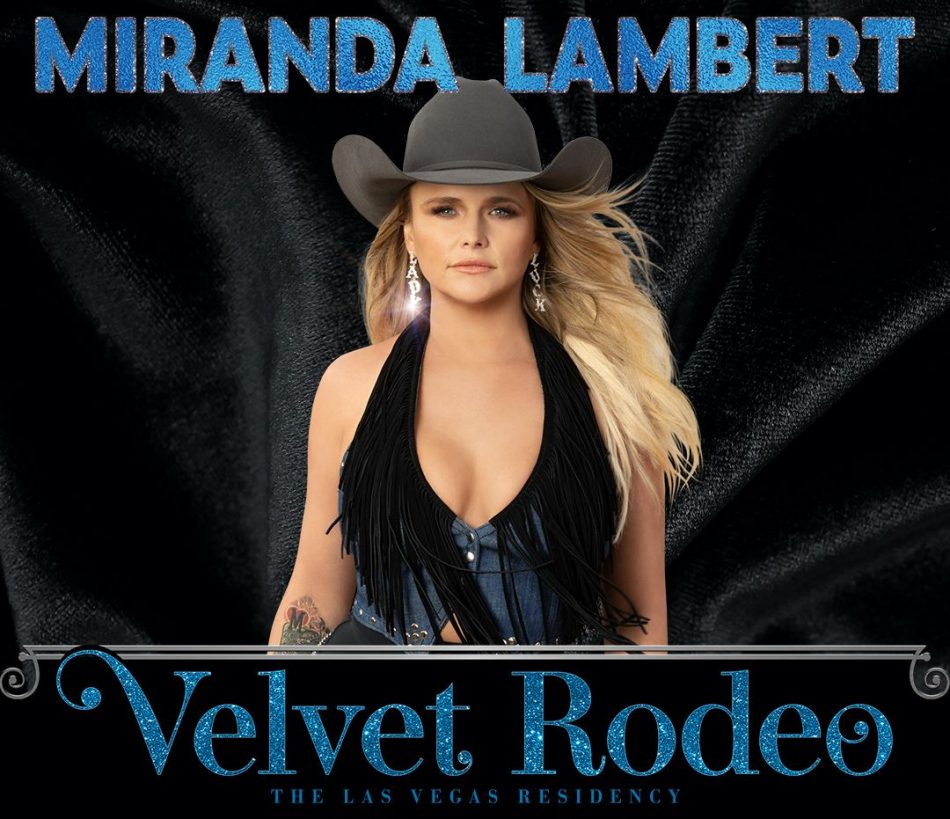 LAS VEGAS, Nev. — Last night, while performing her headlining residency at Zappos Theater at Planet Hollywood Resort & Casino, Miranda Lambert announced that her critically acclaimed “Miranda Lambert: Velvet Rodeo The Las Vegas Residency” has been extended through the end of 2023 due to remarkable fan demand. The 16 new shows will take place in July, November and December 2023.

With 11 shows already complete, the residency has earned rave reviews from fans and critics alike, with POLLSTAR noting, “the songwriter/performer set the stage for a 22-song whirlwind through a career that was staunchly country, yet boldly musical and strong female positive.” “Miranda Lambert’s Las Vegas is a playground of pyro… But Lambert’s ‘Velvet Rodeo’ go-round is also blanketed in crisp musicianship,” added the Las Vegas Review-Journal, while People declared, “Lambert shined vocally as she seamlessly traversed her deep catalog” and Billboard opined, “Lambert deftly bounced between albums with almost all represented, showcasing her signature velvety vocal grit.”

Tickets may be purchased online at ticketmaster.com/mirandavegas. All shows are scheduled to begin at 8 p.m.

For the second leg of Lambert’s Velvet Rodeo residency running through Dec. 11 and the next, running March 24 through April 9, attendees get to participate in a new fan engagement experience. Digital Seat Media, a real-time fan engagement technology platform, installed nearly 4,500 metal tags inscribed with unique QR codes on seats and signage inside Zappos Theater at Planet Hollywood Resort & Casino to provide ticket holders with an enhanced experience. With the simple scan of a Digital Seat QR Code, fans can access the platform from their seat without the need to download an app, regardless of their mobile phone brand. The QR code allows fans to access various modules on the platform including a Velvet Rodeo-themed micro game with prizes like instant seat upgrades, shoppable direct ship-to-home merch pieces from Lambert’s lifestyle brand Idyllwind, interactive trivia with Lambert’s MuttNation Foundation pet line and a customized, exclusive to the show, Instagram filter.

Lambert, Live Nation Las Vegas and Caesars Entertainment are donating $1 of every ticket purchased to “Miranda Lambert: Velvet Rodeo The Las Vegas Residency” at Planet Hollywood Resort & Casino to Lambert’s MuttNation Foundation, a 501c3 nonprofit that has raised over $6 million since its inception in 2009. The Foundation’s mission is to promote the adoption of rescue pets, support animal shelters across the country, advance spay & neuter and assist with the transport of animals during times of natural disaster. For more information, visit www.muttnation.com. 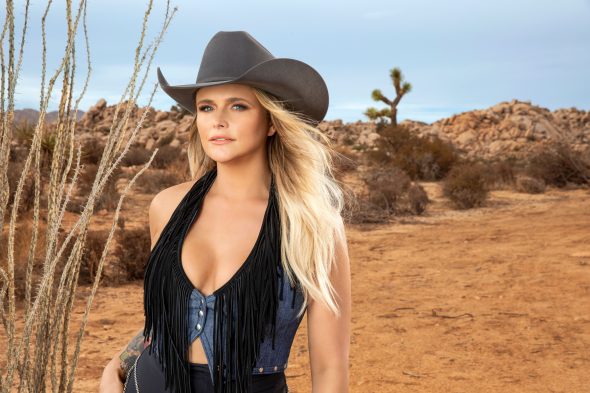 About Miranda Lambert
Palomino, the eighth solo album from Vanner Records/RCA Nashville superstar Miranda Lambert, arrived in April as the largest female Country album debut of 2022. Already named among the best albums of the year by TIME, Rolling Stone, Billboard, Stereogum and more, it marks the latest installment in a storied career that has spanned seven previous No. 1 solo albums, 10 No. 1 hit radio singles, more than 70 prestigious awards and countless sales certifications, earning the reigning ACM Entertainer of the Year praise from NPR as “the most riveting country star of her generation.”

Now headlining her Velvet Rodeo Las Vegas residency at Planet Hollywood Resort & Casino’s Zappos Theater, the top streaming female Country artist of 2022 was also named to the 2022 TIME100 list honoring the world’s most influential people, with Pitchfork declaring that she “manages the hat-trick of both timelessness and timely activism.” Whether challenging conventional gender notions in her recent Top 10 hit “If I Was A Cowboy” or using her voice to write and record the inclusive “Y’All Means All” anthem for the latest season of Netflix’s “Queer Eye,” the Texas native continues to expand the tent of the Country genre via her music, including current single “Strange.”

Her clothing and cowboy boot collection, Idyllwind, is an exclusive brand sold at all Boot Barn stores nationwide and her home goods collection, Wanda June, is available now at Walmart.com. An avid animal lover, Lambert’s MuttNation pet product line is available exclusively at Tractor Supply Co. with proceeds benefitting her MuttNation Foundation, a 501c3 nonprofit that has raised over $6 million since its inception in 2009. The Foundation’s mission is to promote the adoption of rescue pets, support animal shelters across the country, advance spay & neuter and assist with the transport of animals during times of natural disaster.

About Planet Hollywood Resort & Casino
Planet Hollywood Resort & Casino is the centerpiece of the famed Las Vegas Strip, with 2,500 beautifully redesigned guest rooms and suites showcasing some of the best views in town, along with endless options of unparalleled shopping, distinguished dining, popular entertainment and a bustling nightlife. A bright, bold addition to the resort’s portfolio, the Ultra Hip Rooms feature contemporary elegance and luxury bedding. Known as the place to play for its roster of A-list celebrity guests, Planet Hollywood’s 231 restyled suites feature stunning views of the glittering skyline and daring décor elements such as suspended sofas, lounge-style living spaces and oversized modern artwork. The resort encompasses more than 100,000 square feet of gaming, Caesars Sportsbook at Planet Hollywood, The Scene Pool Deck, several lounges, an intimate wedding chapel, and a relaxing spa and salon. Impressive restaurants include Gordon Ramsay Burger, KOI, Strip House and more. Home to the first pop music residency in Las Vegas, Zappos Theater is one of the largest theaters on the Vegas Strip and showcases a variety of resident headliners including superstars like Keith Urban and Miranda Lambert. Magician Criss Angel performs an over-the-top visual spectacular of “Criss Angel MINDFREAK®” in the Criss Angel Theater. The property is encircled by Miracle Mile Shops with more than 170 specialty stores and restaurants. Planet Hollywood Resort & Casino is operated by a subsidiary of Caesars Entertainment, Inc. (NASDAQ: CZR). For more information, please visit planethollywoodresort.com or the Caesars Entertainment Las Vegas media room. Find Planet Hollywood Resort & Casino on Facebook and follow on Twitter and Instagram. Must be 21 or older to gamble. Know When To Stop Before You Start.® If you or someone you know has a gambling problem, crisis counseling and referral services can be accessed by calling or texting 1-800-GAMBLER ©2021, Caesars License Company, LLC.