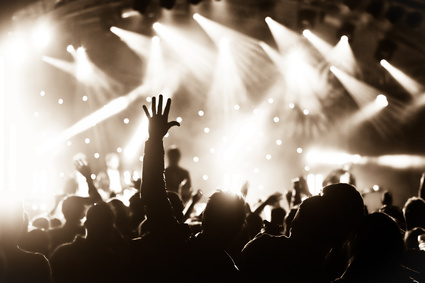 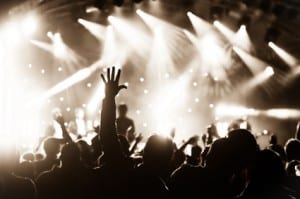 For some of you who can’t even hit a nail straight, Home Depot isn’t a store. It’s a constant slap in the face.

The “do it yourself” movement that has made Home Depot, Lowes, and Home and Garden TV so popular — and profitable — leaves the mechanically inept in its wake. Having to walk through your friends’ houses and hear them talk about how they remodeled their bathroom, built a deck or fixed their toilet triggers pangs of jealousy and stinging humiliation.

Even if you can’t “do it yourself” for home improvements, do you think you can manage your band? For bands just starting out — or trying to cut corners — the thought of parting with their hard-earned money with a manager makes them cringe. If you’ve thought about being your own manager, you might learn a thing or two from someone who’s been there.

Like a lot of musicians, Jack Scharff had music in his blood since he was a teenager. He formed a band with some school friends and neighborhood guys while he was still in high school. They followed the path of the typical garage band — landing school dances first and then a few weddings.

“Weddings were a step up,” Scharff says, “but the money was limited. At best we could only do two weddings a week — Saturday afternoon and evening. Plus, it’s tough for a guy in high school to give up both nights of the weekend.”

Scharff knew his band would need some adult help to keep things going. Luckily, the sax player’s dad offered to be their manager and get them booked in some local Philadelphia clubs.

“In the beginning, I think he was more worried about his son being in nightclubs,” Scharff says. “We were only 16!”

So the band hired the sax player’s dad to be their “manager.” He got the band more gigs that paid a lot better and also chaperoned them when they played in clubs.

“He was a nice guy,” Scharff says, “but he was a small-time guy. He didn’t have any experience in music or how to make our band better. Mostly, he was our adult front at the clubs so that the club owners would take us seriously.”

After a few months of playing in clubs and watching their manager deal with club owners, Scharff thought he could handle managing his own band. “I also got tired of paying him 10 percent every time we played,” Scharff says.

Armed with one of the first RCA-cartridge tape recorders (“That sucker weighed about 40 pounds,” Scharff recalls), Scharff went to clubs on his own and started drumming up business for his band.

Wait a second. He was still in high school. So how did he get his high school friends to play in nightclubs?

“That was a little tricky,” Scharff recalls. I could negotiate and talk tough with the club owners, but it was illegal for me to play in the clubs. “I needed to get an Alcoholic Beverage Control card.”

How did he manage that? “My dad knew that our band was doing well, making money,” Scharff says. “He also knew it’s something that I really wanted to do. So he took me down to the state office, helped me get my ABC card.”

Armed with the right documents (no matter how forged), Scharff could negotiate with club owners in joints all over Philadelphia. Over time, he was booking more and better places than the sax player’s dad. Simple arithmetic told him that they didn’t need their “manager” anymore.

How did that go over with the sax player’s dad? “Not too well,” Scharff says. “I think he really enjoyed going out with us, having a night out. There were some hurt feelings.

“But the truth was, I was booking better places for more money. You can only avoid a confrontation like that for so long before it hurts your band’s chances to keep growing.”

At this point, Scharff and his bands were doing well. They were regulars in a number of Philadelphia-area clubs. They had a nice following of loyal fans. But Scharff wanted more.

“I wanted us to play even better clubs, to make even more money,” Scharff says. “I knew that I would need some professional help to do that.”

Scharff looked in the Philadelphia phonebook and came across a name that would jump out for anyone — the Jolly Joyce Booking Agency. Scharff met with Jolly Joyce himself and signed a deal. Jack and his band would join the musicians’ union (the Philadelphia Local 77), and Jolly Joyce would get them bookings at better places.

“He also helped with our marketing,” Scharff says. “We got some nice pictures taken. We looked more and more like a professional band.”

Music and performance were still Scharff’s department. “Jolly Joyce didn’t critique our music or performance. He left that to us. But he did get us in some nice places.”

With Jolly Joyce working the phones, Scharff found his band playing at places like the famous Peppermint Lounge in New York City as well as several upscale resorts on the Jersey Shore. In addition, Jolly Joyce got Scharff and his band some radio airplay.

During this time, Scharff was still booking other business for his band. “I made sure that I didn’t have an exclusive arrangement with Jolly Joyce,” he says. “I was still booking about 40 percent of our gigs.”

Being a young guy (still in his late teens and early 20s), Scharff had more than a few run-ins with club owners. “When they see a young kid coming in,” he says, “they think they can run right over you.” Scharff remembers several confrontations with a club owner. “Usually, they want you to play longer than you agreed. Or they complain when you take a break.”

They also might want you to do something weird. One of the craziest requests Scharff ever got from a club owner involved the owner’s dream of being a rock star. “The manager of Nino’s in Philadelphia demanded that we let him on stage every night to sing a song. It would have been okay, if he could sing. But he was terrible! He sang off-key and couldn’t keep up with the tempo. It was four minutes of torture every night.”

When asked about the most common source of conflict, Scharff says, “Money.” “They always want to pay you less than you agreed. They would claim that we didn’t draw a big enough crowd. Or that the crowd wasn’t happy. Or that we played too loud or too low. They would think of anything not to pay you the full amount you agreed to.”

Having Jolly Joyce deal with some of these club owners was a relief for Scharff. “An agent or a manager is a good go-between. He knows the clubs around town and won’t send you to one where you’ll be treated poorly. If you do get kicked around, the manager will deal with it so you don’t have to.”

Eventually, Scharff noticed that he was still booking more gigs than Jolly Joyce. Simple math told him again that it was time to cut the cord. “By that time, our band was really popular. And I felt confident that I could negotiate for our band. It didn’t make sense for us to keep paying Jolly Joyce when I could do most of it myself.”

As they played the New York/New Jersey/Philadelphia circuit, how did Scharff continue to sell his band? Where did he find the guts to go out and get more bookings?

“I didn’t know any better,” Scharff laughs. “I was 20 and confident and thought we had a really good product.”

Scharff proudly reports that his band got very few rejections. “We played a wide variety of music, so we could fit into almost any club. Our band had a solid following. We also had good references from other club owners. Above all, we charged a fair price.”

Scharff remembers fondly the best gig he landed for his band. “Definitely the Latin Casino in Cherry Hill,” Scharff says. “In the main room, you’d have big-time musicians and singers like Steve Lawrence and Eydie Gormé performing regularly. There was a second room, The Turf Lounge, for established bands like ours.”

How did he get this job for his band? “I went one night to see Steve Lawrence’s show in the main room,” Scharff says. “While I was there, I noticed the second room. So I asked the bartender if I could talk to the manager.”

Scharff convinced the manager to listen to his band. Two days later, Scharff lugged the RCA tape recorder into the Latin Casino’s manager’s office. “He booked us as an ‘off band’ to start,” Scharff says. “We played during the breaks of the regular band. But after a few months, we were the regular band.”

When asked about Scharff’s worst mistake as a manager, he says, “There was a club near an amusement park, which had a lot of good foot traffic. The owner booked us for five months straight.”

It’s the dream of every musician — a stable source of income. While it seemed like a good deal — and good money — Scharff soon realized it was a mistake. “We were exclusive in this place. We didn’t get a chance to play other clubs and get new fans. It really impeded the growth of our band for a while.”

Based on his experience, what would Scharff tell other musicians who want to manage their bands without a manager?

“First, make sure you can play a variety of music,” Scharff says. “A hard rock band can only play in one type of club. You don’t have to be able to play everything — I could never do a Beach Boys falsetto — but make sure you can tailor your music to different age groups and a few different tastes.”

Scharff’s other piece of advice is, “Charge a fair price. Musicians are always looking to make money, but you can’t depend on one booking to pay your rent. If you can get more shows at a reasonable price, you’ll build a solid reputation around town, rather than just getting bookings here and there.”

Scharff also learned to network with other bands in the area so that they could take over a gig he had booked for his band. “We had good relationships with the other guys around town. If I suddenly got us a better booking, I always had someone to call who could take over for us.”

Scharff looks back on his days in the clubs with a lot of pride. “We were young and loved it,” he says. “It was a great way to get out and meet girls. Oh, and to play music, too.”

Scharff learned through trial and error that sometimes it’s better to manage your own band’s future. If you build variety into your band and charge a decent price, you might find it easier to get the ear of club owners. Just be prepared to stand up to them — especially the ones who want to sing.