Letters from the Fire 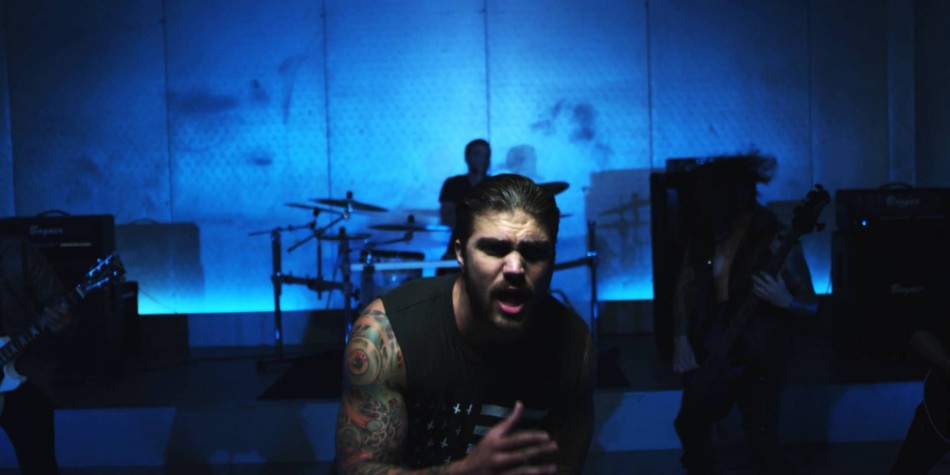 In 2003, Metallica brought their Summer Sanitarium Tour to the Candlestick Park. It was this day that Mike Keller, founding member of Letters From The Fire, realized what he wanted to do in life. He wanted to rock. “Watching Metallica, along with Limp Bizkit, Linkin Park, the Deftones and Mudvayne up on that stage… it just hit me that I wanted to be doing that one day,” Keller admits. Keller’s high school buddy, Grayson Hurd, had the same epiphany a few months later watching Linkin Park’s Meteora World Tour. Being two of the only people in their circle of friends that played guitar, the pair found a garage and started spending time between school and football practice jamming together.

After a few years of casually playing, Keller and Hurd decided to give their dreams a real shot. In January 2007, they played their first show under the name of Park Lane. From here on out, the two began to recruit other musicians and worked to find their sound. To help with the process, they were able to jump into the studio with Mike Boden (Mudvayne, Joe Satriani, Carrie Underwood). Although the tracks were ultimately not released, the experience helped the band become who they are today.

In 2009, Clayton Wages responded to a Craigslist “Bassist Wanted” listing. After a meeting and an audition, he became the newest member of the band. “Who says you can’t find a bad ass musician on Craigslist?!” Hurd asks. With the addition of Wages, three of the four current band members had come together.

Also in 2009, Park Lane began touring. Beginning with dates around their hometown in California, the band ended the year playing over 30 shows in six states. A summer tour in 2010 followed, and a national tour as main support to FUEL began in August of 2011. “There’s nothing like finally being able to play the music that we write in front of people that we’ve never met. Sometimes, we would get to a city and play a show where people already knew our songs. Considering we jumped on the tour less than a month before, that was really awesome,” Keller exclaims. 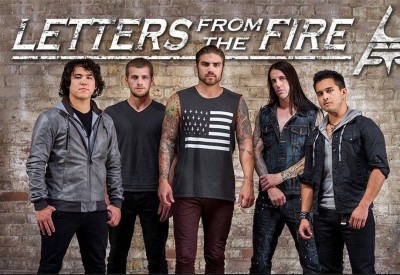 In the midst of the tour with FUEL, the band released their first full-length album on September 20. This twelve-track album was produced by Michael Rosen (Papa Roach, Rancid, AFI, Santana) and was the band’s first taste of a full-fledged production. Hurd explains what it was like working with Rosen: “Before we jumped into the studio for that album, a lot of songs we had written were covered in ‘teenage angst.’ Rosen showed us how to tear our songs apart to put them back together better than before. In the end, I think working on that record with him is when we really learned how to write music.”

Due to a lack of confidence that Park Lane was a “cool enough band name to carry forward with” and multiple trademark issues, Park Lane officially became Letters From The Fire in July 2012. The new name originally came from the working title of a song that was on Park Lane’s 2011 release. It later became the actual title of that record and, more importantly, the band’s new name.

For the first release as Letters From The Fire, the band enlisted help from industry veterans. Rebirth was released in 2012 and featured five new tracks. The EP was produced by Evanescence co-founder Ben Moody. Other accomplishments of Moody’s include work with Celine Dion, Avril Lavigne, and Daughtry and songwriting credits like Kelly Clarkson’s smash hit “Because of You.” In addition to Moody’s expertise, Josh Newell engineered the EP. Former bass player for In This Moment, Newell’s engineer credits include Linkin Park’s A Thousand Suns and the band’s Summer 2014 release The Hunting Party. Dan Certa (Kelly Clarkson, The Fray, Celine Dion, Seether, P.O.D) also joined the project and mixed Rebirth.

To support this release, Letters From The Fire joined the Around The World…Beneath The Scars Tour with 12 Stones and The Letter Black. As this tour wrapped, the departure of Letters From The Fire’s lead singer opened up a new search for the next voice of the band. Keller, Hurd, and Wages found the sound they always envisioned for the band in May of 2013. This was the voice of Elliot Weber.

Since adding Weber, Letters From The Fire has been working on their next full-length album with TRAPT lead singer, Chris Taylor Brown.

Here’s what Brown says of the band and what fans can expect from the new album: “Letters From The Fire is a band years in the making and I’ve been fortunate enough to see their progression from the beginning. The new album has some of the sickest guitar riffs I’ve heard in a long time. Elliot’s vocals are the perfect complement to a band that can only be described as melodic metal. As ferocious and heavy as their music can be, the vocals add a beautiful and sincere tone to the dark ambience present in the band’s music. Lyrical themes touch deeply on personal conflict, dreams, aspirations and the hidden tragedies that go on all around us that so few have the insight to write about. Be prepared to see (and most importantly hear) a lot from my friends in Letters From The Fire.”

Dan Certa is mixing this project as well. The new release from Letters From The Fire is available now.

In the meantime, you can hear Letters From The Fire’s rendition of The Beatles’ popular track “Eleanor Rigby” on Active Rock Radio beginning Spring 2014.