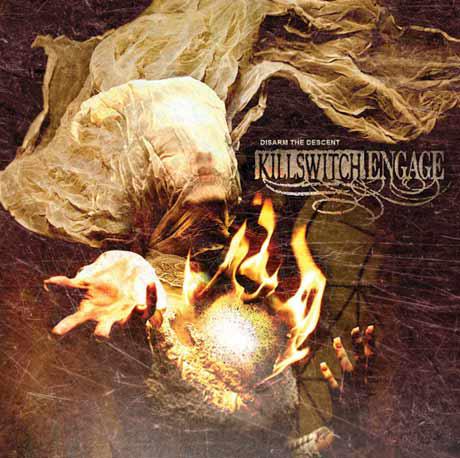 Killswitch Engage has released ‘Disarm the Descent’, their sixth studio album to date, and the first since the return of their original singer, Jesse Leach, who replaces Howard Jones, the man who took over from Leach almost ten years ago.  Killswitch Engage has been a band that handles transition and adversity smoothly and professionally, and this time is no exception.  The reincarnation of Jesse Leach once again fronting the band seems to have been a fluid and natural progression. 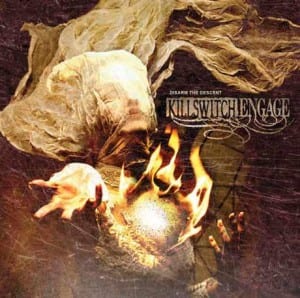 Killswitch Engage forges ahead on the same path as before with Leach manning the vocals, while the guitars crank out furious feeding frenzies of melodious riffage to complement the pounding syncopation of the bass and drums.  They have a naturally aggressive feel that is also refined at the same time, capturing the melodic quality of the vocals and guitars against the raw driving forces of the bass and drums.

The album starts off with the fast, melodic fury of ‘The Hell in Me’. What continues to impress me the most are how clean the guitarist’s technique is – very crisp and concise, without any sloppiness usually accompanying such unrestrained play in metal core bands.  Everything is in major keys, giving the music a bright, upbeat sound that is also quite unusual in this genre, and adds to the listen-ability of the music.

“A Tribute to the Fallen” is so inspirational, it’s ridiculous!  What a great song, and the guitars and vocals lead the way with the melody, and the drums and bass are just relentless.  The ending is a nice antithesis to the rest of the song, as well as a great segue into the menacing “Turning Point”.  The tempo changes in “Turning Point” are incredibly infectious, and will keep your head bangin’ through the entire song.

The galloping romp of “You Don’t Bleed For Me” is another one that should garner some good airplay in my estimation.  It has the qualities of a solid metal core hit that should get the attention it deserves.  The lyrics, tempo changes, overall beat, and the shredding guitars coupled with the machinegun kick drum and bass parts combine for what I think should be a radio hit.

Overall, this is a good step forward for Killswitch Engage, and should gain the respect of new fans, and retain the admiration of the old fans as well.  I give this effort a solid four out of five skulls…