Kenny Gets Cinematic, Teases “Knowing You” 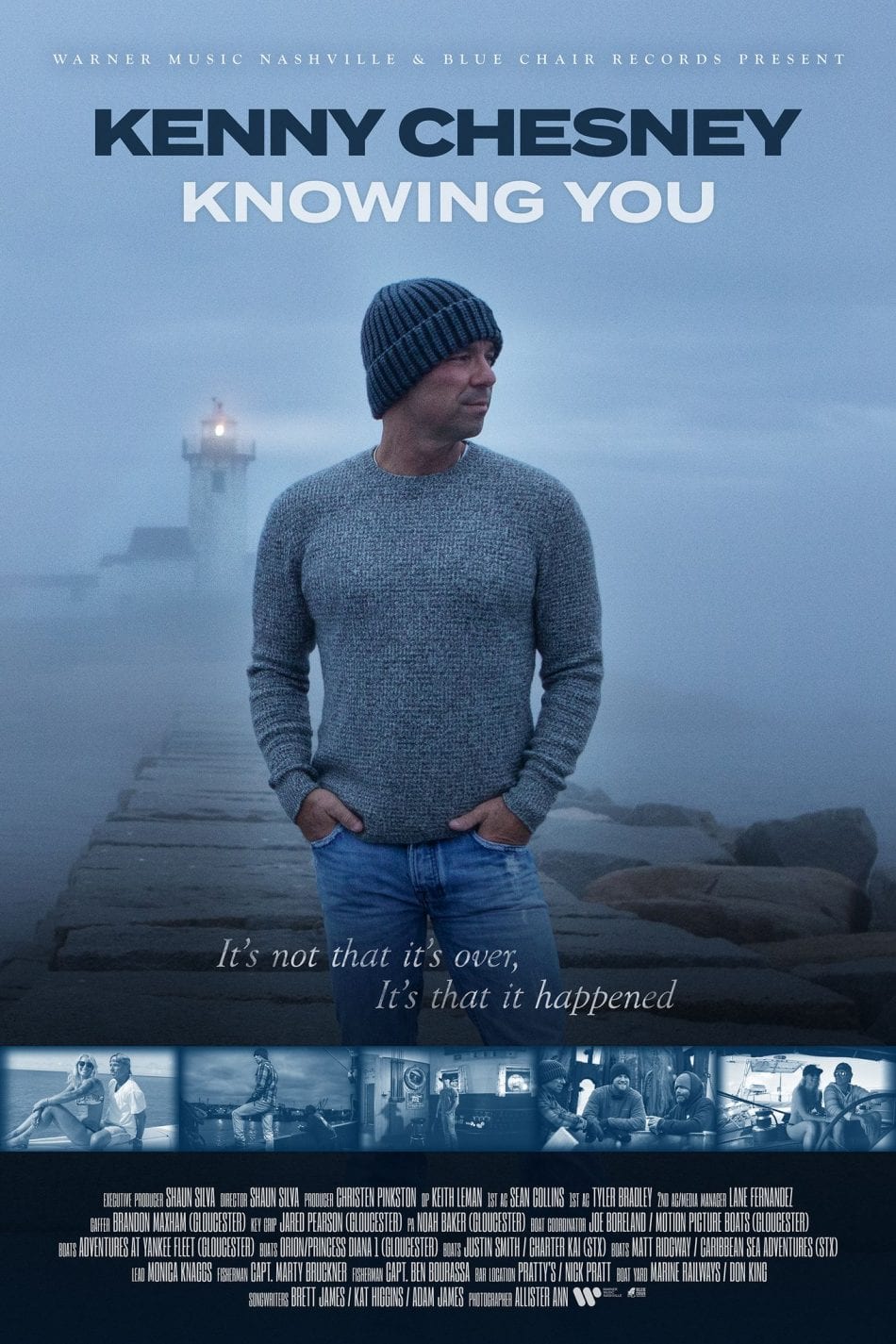 Kenny Chesney Captures the Gift of What Was in New Video

NASHVILLE, Tenn. — “Knowing You,” the sweeping waltz of gratitude for someone who brought you to life, was always a song that stood out to the songwriter/superstar from East Tennessee. Harkening back to his roots at Acuff-Rose Music Publishing, with the straightforward song of celebrating one who’s gone – be it through diverging paths, break-up, illness or death – for the way “we were so alive…,” Kenny Chesney wanted to create a visual for the song that embodied the rush of the black and white to Technicolor power of the emotions felt.

Shooting in Gloucester, Mass. and St. Croix, in the Virgin Islands, longtime director/collaborator Shaun Silva brought a cinematic approach to a strong man living his life, a season of wonder and exhilaration and the way gratitude emerges for the ones who set us free. As the voice-over of one of three movie-type trailers intones, “Not everything is meant to last…You don’t think about that when it’s perfect. And when it’s over, there’s a huge hole, but there’s also a pair of wings…”

In the official music video filmed last fall, viewers can feel the cold through the grainy black and white footage of Chesney, his real-life boat captain Ben and others working on a fishing boat in the Atlantic off the Northeast Coast. Showing a man in full, doing hard physical work in rough conditions, the sense of loss is not only palpable, it’s also juxtaposed with the vibrant full-color images of the singer and someone special on a boat in the Caribbean. The brightness and intensity of the footage provide a template for what feeds the man going forward in life, made so much more for experiencing that love.

“This song could be so many things to so many people,” says the man hailed as “The People’s Superstar” by The Los Angeles Times. “However the other person faded from your life, it doesn’t have to be sad, or it can be as complete as losing your spouse, family, your best friend or band member. Those moments you shared were so electric and so alive, you’re forever more… and though they’re gone, you’re always better for what was shared.

“I wanted to make a video where people could see it, even feel that connection and how it holds you going forward. To me, the people who touch your life in profound ways are everything, so this song – and this video – are for them.”

With a broadcast debut slated for CMT and across ViacomCBS platforms, as well as digital premieres on Chesney’s YouTube and Facebook pages, “Knowing You” will also be shown on the Viacom/CBS billboard in the heart of Times Square.

“While it’s a simple country song,” Chesney says, “it’s the kind of song that can hold anyone. You don’t have to be on a fishing boat freezing to know this pain and gratitude for knowing someone who changed your life. And wherever they are, you know they’re living their best life, shining and doing the same thing for someone else – and that’s pretty rich.”

With 31 No. 1s, the most in current Billboard Country Airplay chart history, Chesney has always reached for songs that reflect how people claim their lives, dreams and the moments they felt most alive. The third single from his ninth No. 1 debut on the all-genre Billboard 200 albums chart, Here And Now, “Knowing You” impacts country radio next Monday, March 15.