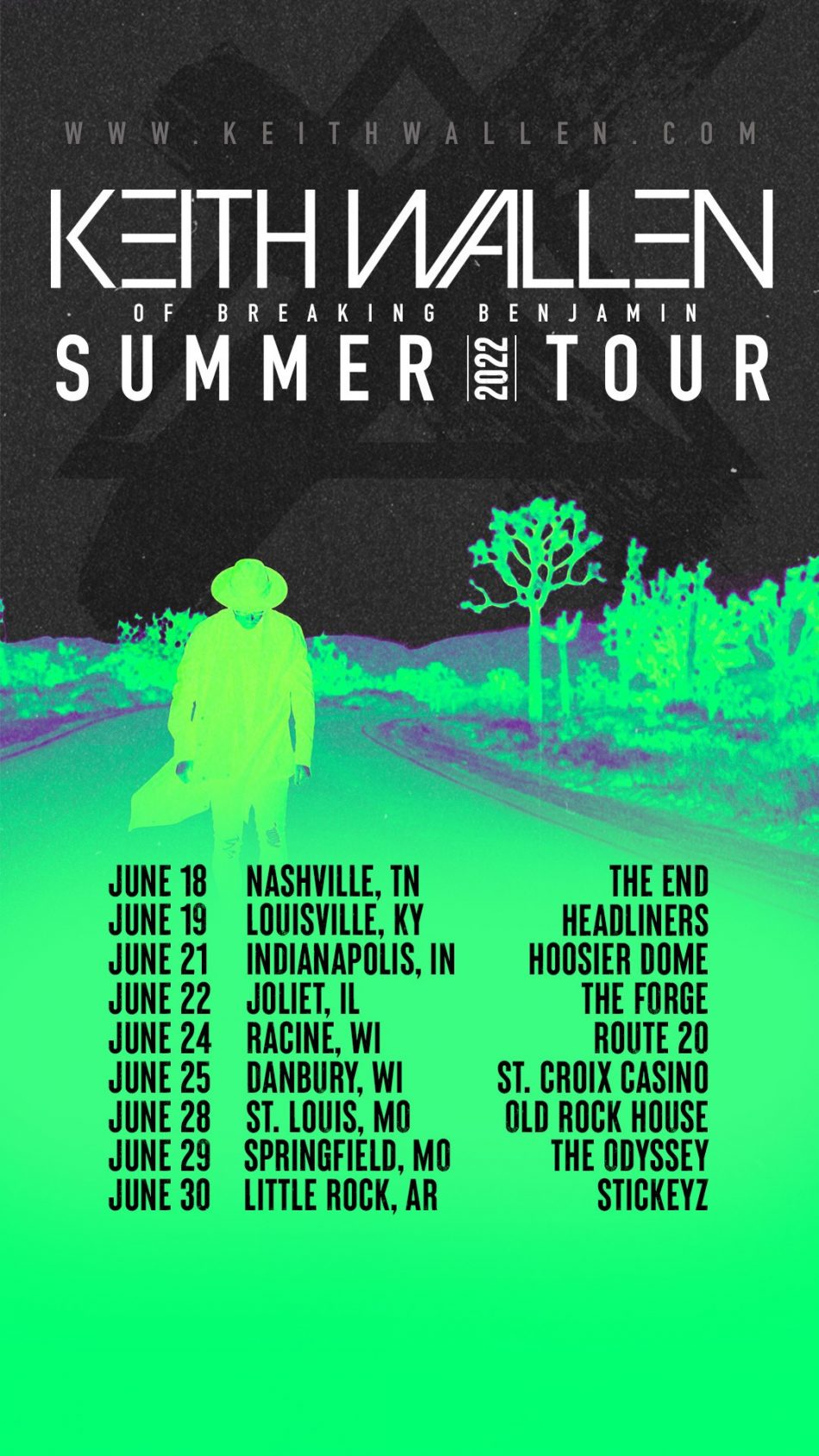 Keith Wallen, the rhythm guitarist and backing vocalist of the rock band Breaking Benjamin, announced that his solo project will be on tour this summer beginning on June 18th in Nashville, TN at The End.

As guitarist and backing vocalist, he’s brought his tireless enthusiasm to Breaking Benjamin since the multi-platinum rock band’s 2014 reformation, appearing on Dark Before Dawn (2015) and Ember (2018), as well as countless worldwide tours.

This World or The Next Album is OUT NOW at: