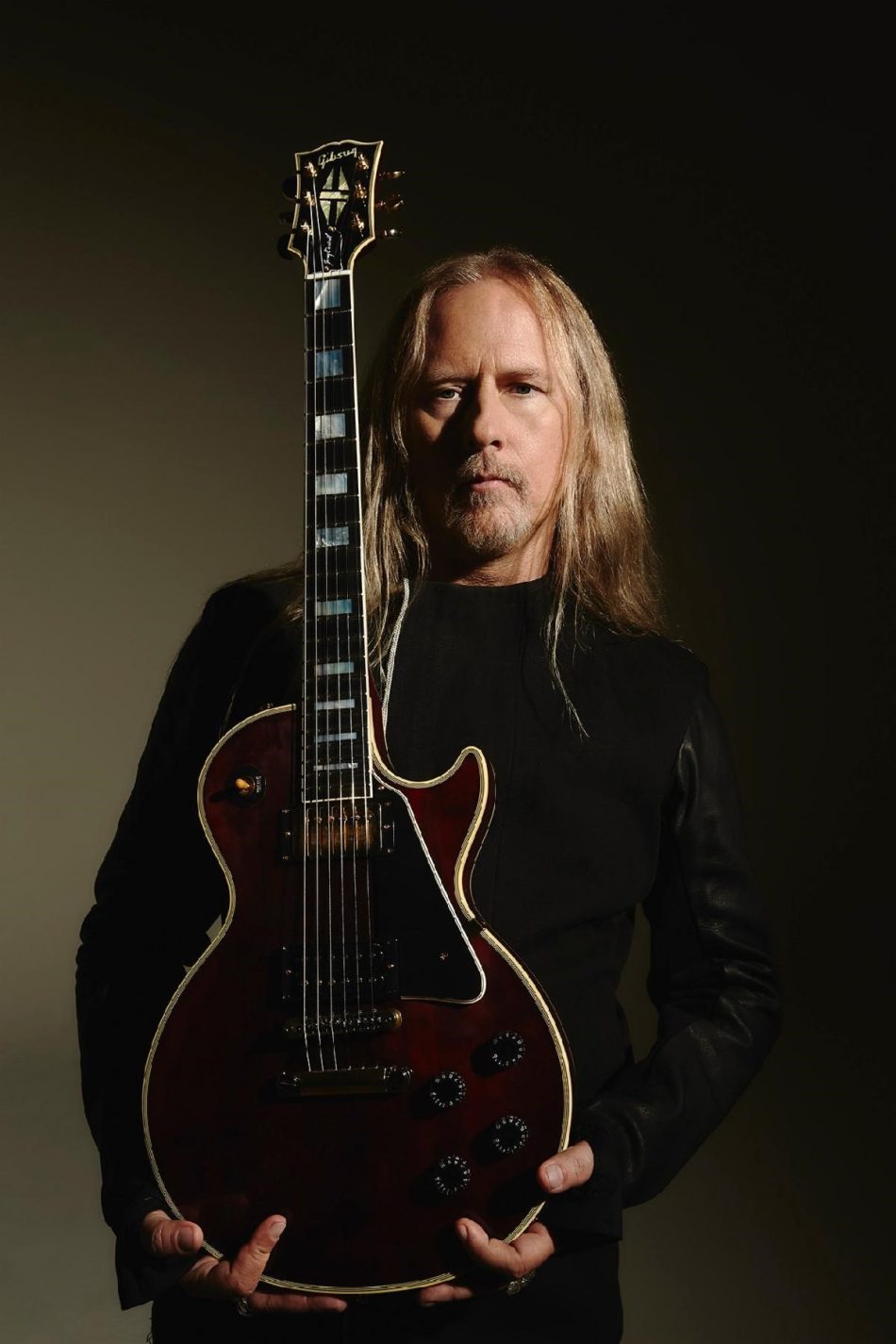 The Gibson Custom Shop is the pinnacle of craftsmanship, quality, and sound excellence through accuracy, authenticity, and attention to detail.

For the past 127 years, Gibson–the iconic American instrument brand–-has been synonymous with creating and shaping sound across genres of music and generations of players. Today, Gibson Custom Shop has announced the release of the limited-edition Jerry Cantrell “Wino” Les Paul Custom guitar, the guitar marks the first official collaboration with Gibson luthiers and the legendary singer, songwriter, guitarist, and ALICE IN CHAINS co-founder Jerry Cantrell.

“The Wino has always been one of my favorite guitars,” says Jerry Cantrell. “It’s a really good-looking guitar.”

Made to replicate the Alice in Chains guitarist’s iconic Les Paul™ Custom, the new Jerry Cantrell “Wino” Les Paul Custom guitar has many personal touches, including a stunning Murphy Lab aged “Wino” Wine Red finish over a maple top and 9-hole weight-relieved mahogany body, aged gold hardware, Grover® Kidney tuners, and 490R and 498T pickups with a gold cover on the neck pickup and exposed coils on the bridge pickup. The Jerry Cantrell “Wino” Les Paul Custom also features a Fishman Powerbridge piezo pickup-equipped bridge for acoustic-like tonal options. There are two volume controls (one for each magnetic pickup), and a third volume (where the bridge tone control would normally be) for the Powerbridge piezo pickup. A master tone and a three-way toggle pickup selector round out the controls, while a stereo output jack allows for discrete electric and acoustic signal routing. A Jerry Cantrell Custom Case is included.

Beyond the instantly identifiable riffs and equally recognizable vocals, Jerry Cantrell will always be known as a songwriter, first and foremost. Those songs comprise his influential catalog as co-founder, vocalist, lead guitarist and main songwriter of the iconic Alice In Chains and as a solo artist whose music resounds across culture. He penned two classic solo albums—Boggy Depot [1998] and Degradation Trip Volumes 1 & 2 [2002]—and appeared on chart-topping records by everyone from Metallica to Ozzy Osbourne, Glenn Danzig, & Deftones. His music can be heard in the films of Academy® Award winner Cameron Crowe and Judd Apatow in addition to blockbuster franchises such as John Wick and Spider-Man. Throughout his career, he’s garnered eleven GRAMMY® Award nominations, logged multiple #1 hits at radio, sold north of 30 million records, and received the 2020 Museum of Pop Culture Founders Award as a member of Alice In Chains. Not to mention, Guitar World cited him as one of the “100 Greatest Guitar Players of All Time.” Additionally, he received the Stevie Ray Vaughan Award from MusiCares in addition to supporting numerous charities over the years. However, he continues to put the songs first on his third full-length solo offering, Brighten. Led by the single “Atone,” these tunes are a worthy addition to Cantrell’s repertoire and the larger American rock ‘n’ roll songbook. www.jerrycantrell.com

Gibson, the leading iconic guitar brand, has shaped the sounds of generations of musicians and music lovers across genres for 127 years. Founded in 1894 and headquartered in Nashville, Gibson Brands has a legacy of world-class craftsmanship, legendary music partnerships, and progressive product evolution that is unrivaled among musical instrument companies. The Gibson Brands portfolio includes Gibson, the leading guitar brand, as well as many of the most beloved and recognizable music brands, including Epiphone, which has been on every stage since 1873, Kramer, the original MADE TO ROCK HARD guitar brand, MESA/Boogie, the home of tone, and KRK, behind great music for over 30 years. Gibson Brands is dedicated to quality, innovation, and sound excellence so that music lovers for generations to come will continue to experience music shaped by Gibson Brands. Learn more at Gibson.com and follow us on Twitter, Facebook, Gibson TV, and Instagram.