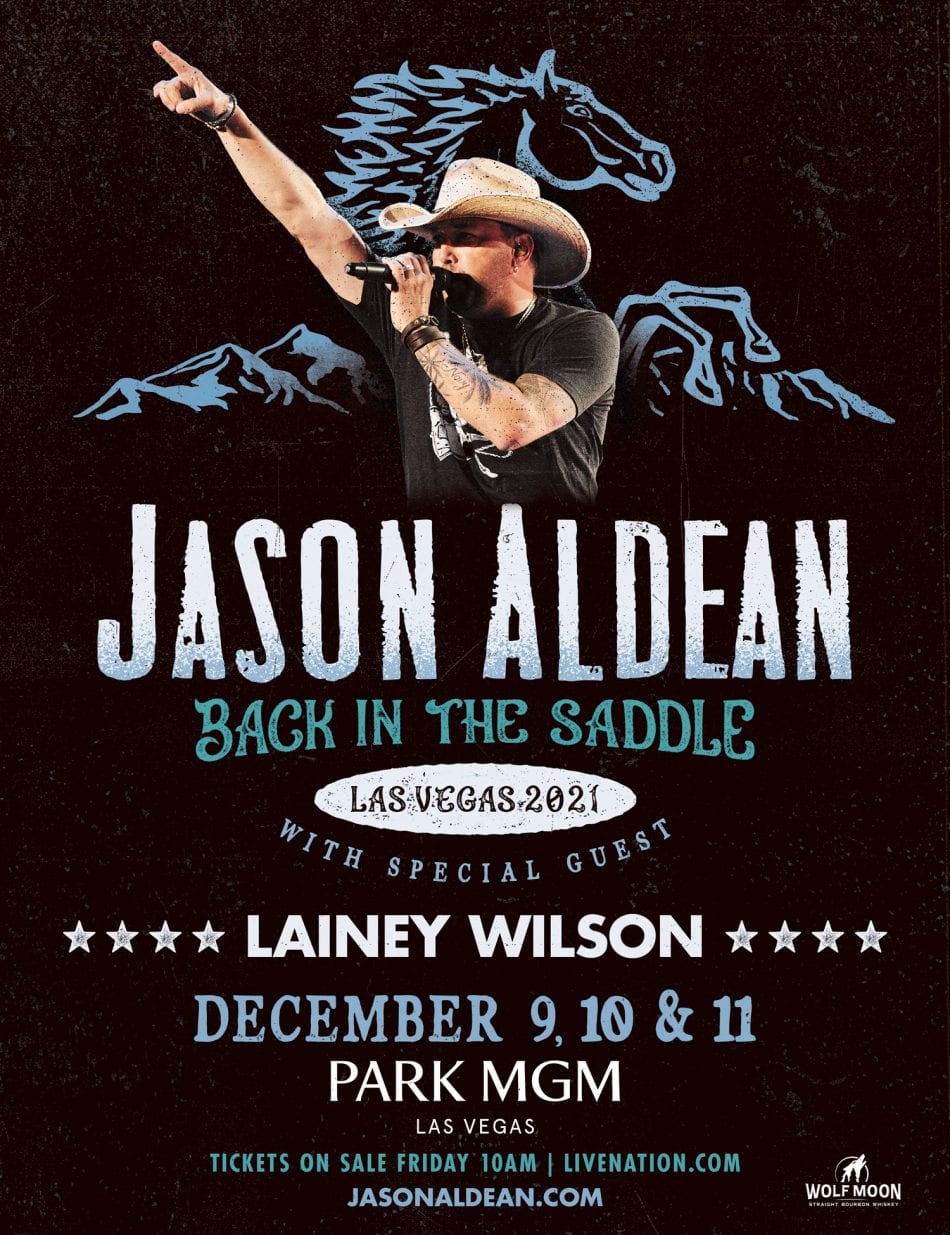 Three-time ACM “Entertainer of the Year” and ACM Artist of the Decade Jason Aldean is returning to Park Theater at Park MGM in 2021 for “Back in the Saddle: Las Vegas 2021,” a three-night engagement December 9, 10 and 11. The shows are scheduled to begin at 9 p.m.

Tickets start at $69, plus applicable service charges, and go on sale to the general public Friday, June 25 at 10 a.m. PT. Tickets can be purchased online at ticketmaster.com.

The “Aldean Army” fan club can purchase tickets before the general on sale from Tuesday, June 22 at 10 a.m. PT through Thursday, June 24 at 10 p.m. PT.

Park MGM is the first smoke-free resort on The Strip, offering an intimate hotel experience on a grand scale. A partnership between MGM Resorts International and New York-based Sydell Group, Park MGM features 2,700 guest rooms and suites in addition to the Las Vegas extension of Sydell’s NoMad features 293 well-appointed guest rooms and suites. The resort’s remarkable culinary program features NoMad Bar; L.A. legend Roy Choi’s Korean BBQ concept, Best Friend; Hogsalt Hospitality’s renowned Bavette’s Steakhouse; and the 40,000-square-foot vibrant Italian marketplace, Eataly, among other dining and cocktail experiences. Park Theater, the resort’s entertainment destination, is the 5,200-seat venue home to special engagements by Bruno Mars, Lady Gaga, Aerosmith and other top entertainers. Park MGM also is home to the unique nightlife concept from LA-based Houston Hospitality, On The Record. Park MGM and NoMad Las Vegas are located in the heart of The Strip, next to the entertainment and dining neighborhood created by The Park and the 20,000-seat T-Mobile Arena. Park MGM and NoMad Las Vegas are operated by MGM Resorts International (NYSE: MGM). For more information and reservations, visit ParkMGM.com, call toll-free at 888-529-4828, or find us on Instagram, Facebook and Twitter.