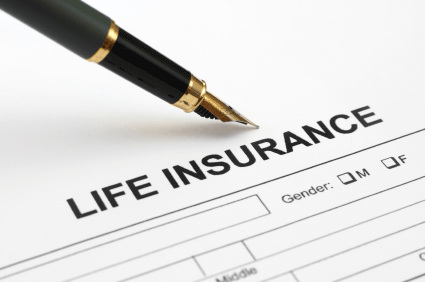 When I was 22, my mother who was only 41 at the time, suffered a fatal stroke that was completely unexpected and ruined my father financially. I ended up being appointed legal guardian of one of my sisters who was 16 at the time. I have a total of seven siblings, all of which my father had to eventually foster out. 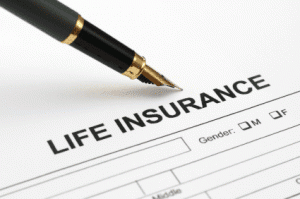 Fast forward about 20 years, and my grandmother completely outlived her savings as she survived my grandfather by 35 years.

My friend faces a similar situation. His mother was diagnosed with a serious heart condition that will keep her out of work for at least three months, and she will need long-term care in the interim. He is posting on Facebook for donations and groceries as his father is completely dependent on his mother’s salary to maintain his lifestyle, which is by no means extravagant.

It pains me to see his family going through this, and even the time of year synchronizes with my family’s experience. What gets me even more is that all of this could have been avoided with proper health insurance.

Long-term financial planning is a must in today’s society. According to CNN approximately 62 percent of all bankruptcies in the U.S, are due to medical costs, the biggest contributor being long-term health care. Let me explain in detail three ways to alleviate the financial stress placed on family members in situations such as these.

Do not hesitate. Seriously, after you’re done reading this, put down your iPad or whatever form of the magazine you’re reading, and pick up the phone and call someone who you trust and take care of it.

If you think you can’t afford it, guess again. I recently quoted someone who is a smoker for a $100,000 life insurance policy. His premium: a whopping $17.31 a month. Granted this is for term life insurance, which is basically a policy that is like renting an apartment or a car, and accumulates no cash value, but it is something, which is certainly better than nothing.

This policy also has a critical illness rider, which means that if he gets diagnosed with a critical illness such as cancer, a stroke, heart disease or kidney disease, he will get paid $50,000 while he is still alive to spend however he wishes. He would receive that money income-tax free. In fact, any money paid out as part of a life insurance claim is received tax free, period. (It’s part of IRS code 7702, which I can go into detail about the benefits of another time.)

2.   Add a long-term care rider to your life insurance.

Consider adding a long-term care rider to your life insurance. Long-term care insurance by itself can be quite expensive, depending on your age and health, but it’s still cheaper than having a licensed health care professional come into your home and help you with everyday tasks like bathing, dressing and eating.

Living in an assisted living facility could potentially cost hundreds of thousands of dollars out of pocket. There are usually some limits on the amount of coverage a rider added to a life insurance policy will provide, so also look into getting long-term care coverage by itself and see what works for your budget.

I would advise you not to take your own health into consideration when thinking about long-term care insurance, as you never know what can happen. A few years ago, a friend of mine who was 42, running her own business and leading a very active life style had some abdominal pain one day, and she went to the hospital. She was diagnosed with stage three colon cancer, and it ended up killing her.

Her father spent his entire life savings trying to treat her, but it was too late. I am sure a lot of you reading this have examples in your personal lives similar to this one. The whole reason you get insurance is because you just don’t know what can happen, and if something does, your insurance agent will need to be there for your family, which is why you should never ever go with some random person off the Internet.

In the case of my grandmother, she really had two options that would have helped her not outlive her savings. If my grandfather had set up her with an annuity, which works basically like a personal pension plan, she would have received a salary based on whatever my grandfather had originally invested plus whatever interest rate was guaranteed, and it would definitely have helped her budget better. There’s a lot of negative press about annuities, but I would argue that if you are bad with money, are concerned about outliving your retirement savings or, even worse, have no retirement savings put aside, it’s a great option.

Every financial institution offers annuities it seems, but in my expert opinion, the best one out there is North American Company’s Charter 14 annuity. It pays a 10 percent signing bonus and guarantees a 6.75 percent interest rate for 10 years. For 20 years, it’s 6.25 percent, which is still very competitive. Find someone who knows about this and get set up. Seriously, don’t wait.

3.   Consider a reverse mortgage for your home.

Another option that my grandmother could have used is a reverse mortgage. She ended up having to sell her house, and the people who bought it were nice enough to let her live in it until she passed away. In my estimation, this is extremely rare. One problem that occurred with this solution is that the people did not give her all the money upfront, so she actually lost money by doing this, as the interest she gained on her living expenses accrued, yet the interest on the money still owed to her for the sale of her home was zero.

If you get a reverse mortgage with a bank, the bank is almost never late with its payments, and depending on which company you go with, it can pay you a lump sum or wire you a monthly check. It’s up to you. You don’t always lose 100 percent of your home’s value at the end either, depending on when you pass away and how much money your home is worth at the time.

By my grandmother outliving my grandfather by 35 years, chances are that she would have been paid more than the house was worth. She ended up selling the whole thing anyway, and if she had been paid more than the bank paid her for her reverse mortgage, neither she nor her family members would have owed the bank so much as a cent. Again, this depends on the company you go with, but more often than not that is the case.

I’ve seen things like what my friend is doing right now, soliciting donations on Facebook, many times. I know quite a few people who have had to do car washes, yard sales, bake-offs, you name it, to raise money to bury their loved ones. That’s a lot of unneeded pressure to put on a grieving family, especially when that can all be avoided with just a little research and some careful planning.

Have a happy and safe holiday season. I hope that at the very least, I’ve given you food for thought.