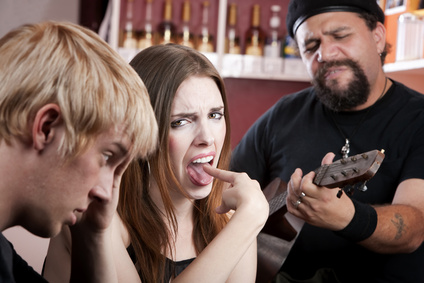 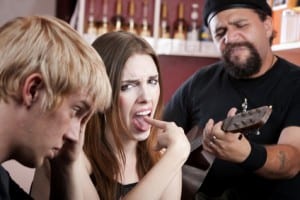 You just got a new lead singer for your band, like yesterday. One of your friends (and one of your biggest fans) thinks he can be your new singer.

You appreciate his enthusiasm, but you all know he is tone-deaf and can’t sing to save his life. You’re on the verge of hitting it big, but can’t grow as a band if you have to drag a lead singer along who can’t sing.

The guy obviously loves your band and gives you a lot of support. Should you try him out just to prove to him that he can’t sing? Or is there a way to reject him while still keeping him as a fan?

It sounds like something out of an old 50’s movie. You find this amazing singer in your legion of fans. The new person is a hundred times better than your experienced lead singer who was a pain in the ass. The new singer launches you into fame, fortune and your own holiday special.

The reality is a lot less interesting. You want to be fair, but you don’t want to lose a fan, even if his singing makes the neighborhood dogs howl.

Here are some ideas from readers:

“Let the fan audition like anyone else, he’ll get a fair shot at the singing gig.

If you don’t let him audition, he’ll think you’re a hater. If you do — and he stinks — you’ll have to tell him that he stinks. If this guy is a big fan, you really don’t want to piss him off. He could send out bad vibes for your band.”

“Even though it may be difficult to tell him he probably won’t be the next international sensation, it’s the only way to make it seem fair. Let him try out, just like everyone else.”

“Another thing is to tell him politely that his singing style doesn’t fit with the band’s style. If you tell him straight out that his singing is bad, and he’s a type of person who is easily hurt by criticism, then he won’t be able to handle the honest truth.”

“Even if it’s a phony audition, let him try out. Be sure to mention you have other singers trying out, too. He’ll appreciate being included, even if he doesn’t make it. It’s a lot better PR than just saying no.”

Remember: the fan is always right

“You need a good singer to make your band a success. A team is only as good as its weakest member. Explain to your friend that you need a singer with the right experience.”

“You can still let the fan audition, but make it clear you’re looking for the best singer. If he’s really a fan, he’ll understand and want only good things for your band. He’ll want the best singer, even it means setting aside his pride.”