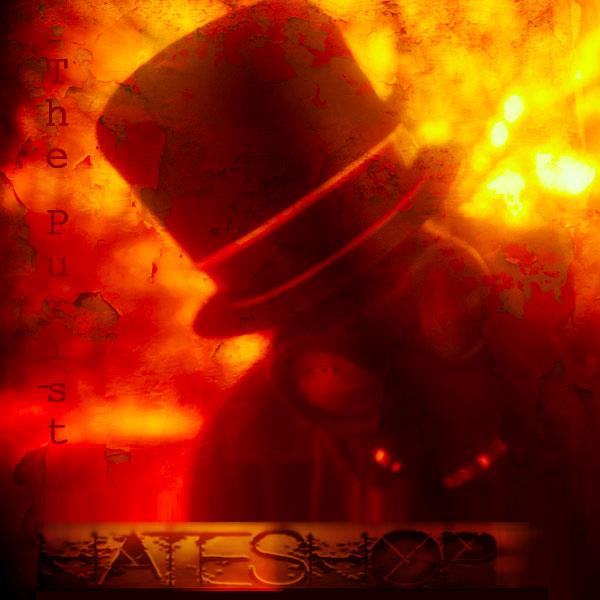 Hateshop is a dark, heavy metal band that is making some big waves in the Central Coast of California.  Do not let the name throw you, or you’ll be missing out on some high quality metal.  Their lead singer and guitarist, Bill Doty has a unique, very strong and listenable style of vocals that are all at once dark, brooding, and yet also melodic and quite musical. 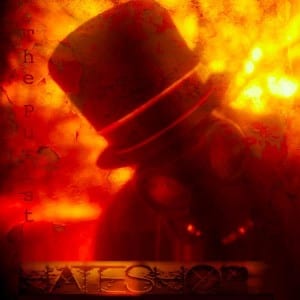 Hateshop definitely has created an extremely heavy sound for themselves, while at the same time bringing a very tasteful, progressive sound to their darker heavy metal genre.  The overall production and engineering of their music is very high quality, thanks in no small part to the talents of Toby Wright, producer of such notable bands as Alice in Chains, Metallica, Korn and Ozzy Osbourne, to name just a few.  The band also exhibits their vision in the studio as a group that knows where they want to take their music, which is necessary to any band who wishes for commercial success.

The guitars on their self-titled song, ‘Hateshop’, are really quite well done.  The guitar tones are menacing and at the same time, crisp and sharp.  The drum tones are deep and well defined, and are a testament to the engineering skills and talented performances in the studio.

What really grabbed my ear on the high-energy track, ‘Inquisition’ was the tone and performance of bass player, Steve Gourley.  The tones are reminiscent of an angry swarm of bees, and the performance is just frantic, almost frenzied, creating a real sense of urgency and impending doom in the song.  The vocals also stand out really well on this song, deep and menacing, the anger and foreboding feelings translated into the vocals is palpable.

The drum performance on ‘Dust’ is really quite impressive with some amazing fills, killer footwork on bass, and the drum tones are nice and deep and clear, not muddy or overly “boomy”.  Drummer, Brian McLaughlin has just the right blend of tone and depth.  It’s the same for the drums throughout this release.

‘The Purist’ is one of my favorite songs of theirs, showing an ability to be heavy, melodic, and very musical throughout their performance.  The background vocals on the verses are very tastefully sung, the arrangement isn’t too dense or overwhelming, and the guitars accent the melody extremely deftly.  The entire performance is tight and driving.  I really like this song a lot.  This should get them the airplay that they deserve.

The pained, emotional vocal intro on ‘Body Bag’ is obviously heart-felt and performed with real feeling.  The melodious opening guitar chords set a mood, and the following riff sets up a manic feel of desperation that permeates the rest of the song.  The instrumental performances on this song are excellent, serving to propagate a mood, a feeling of dread and pain throughout the track.

‘Forgotten’ has a cool intro, and the vocals are robust and very melodic, but convey a feeling of strength and resolve.  The song has a good chorus that acts as the hook for the song, very catchy and memorable.  You will find yourself singing this song to yourself in your head; it has that kind of feel to it.  The guitar lead played by Mark Schiesl really punched through, and the rhythm guitar parts are really tight and crisp, as are the drum parts, with some really monster fills thrown in for good measure.  This song is another favorite song of mine from Hateshop.

‘Closer’ displays some nice offbeat changes in tempo, and some very good rhythm guitar work that just sizzles, it is so crisp and sharp.  There is some cool syncopation going on between the drums, bass, and rhythm guitars, while the vocals create an interesting counter melody through the bridge that leads into the staccato breakdown, vocals chanting with energy and fervor.  The guitar lead is just something from another world, all wailing, and full of tonal dissonance.  It is pretty fucking cool!

I just love the sound and feel they create on ‘Delirium’.  This song goes where the rest of their releases have not.  It has a somewhat dreamy, carnival-creepy feel to it.  The guitar tones have a ‘buzzy’ quality to them that adds to the creepy mood along with the vocals that seem to drift out there, something akin to what The Beatles would have done to Strawberry Fields, if they were a metal band.  It is just a very cool, if short, little ditty.  I like it because it shows a different side of their creativity.