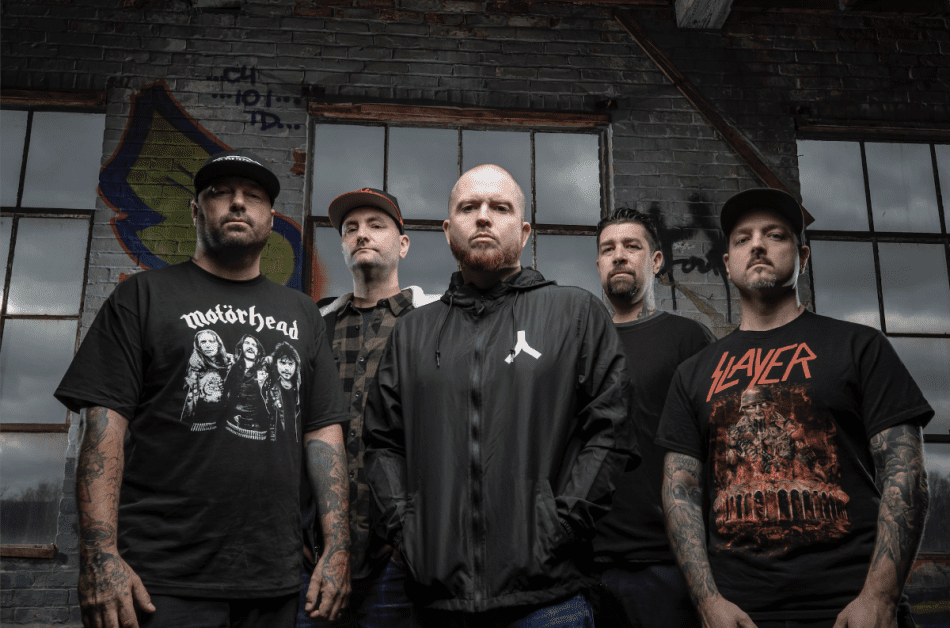 TREK KICKS OFF OCTOBER 27 AND RUNS THROUGH NOVEMBER 20

Hatebreed’s seminal classic Perseverance turned 20 years old this year. It remains one of the most important and impactful albums of the new millennium. Of course, the Grammy-nominated, Connecticut hardcore crew is going back on the road to celebrate with the most brutal breakdowns and anthemic singalongs the scene has ever known.

“I can’t believe it’s been 20 years since the Perseverance album hit,” says singer Jamey Jasta. “We’re overdue for a headline tour so these shows will be ones for the ages. Show up early and support the great line up of sick bands!”

The “20 Years of Perseverance” Tour kicks off on October 27 in Virginia Beach and runs through November 20 in San Diego.

Tickets go on sale on Friday, August 5 at 10am local time. Get tickets here.

All dates are below, including Hatebreed’s current tour with Anthrax and Black Label Society. 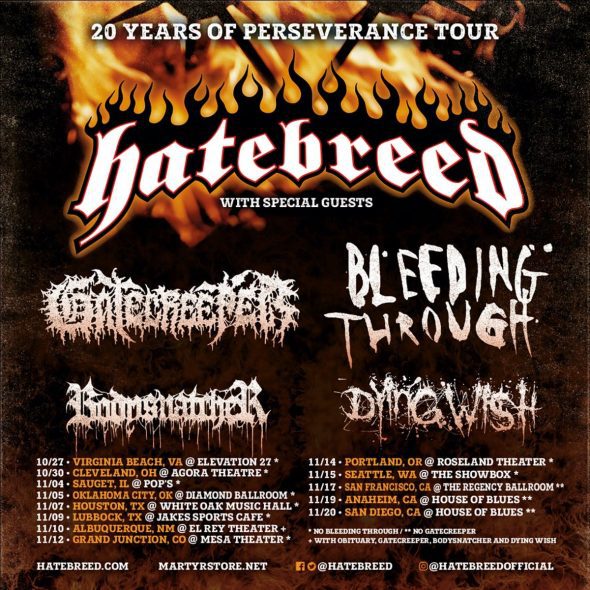 ABOUT HATEBREED:
Hatebreed remain one of the most relevant and impactful acts in the hard rock and metal scenes. The Grammy-nominated, Connecticut band is celebrating over 25 years of ruthless breakdowns, pit-stirring anthems, and poignant lyrics across eight albums and consistently sold-out shows. The band, which has gone from playing basements and backyards to being a featured worldwide attraction on countless festivals and high-profile tours from OzzFest to Warped Tour to Download, recently released Weight of the False Self, via Nuclear Blast. Weight of the False Self and Hatebreed were described by Forbes as “more relevant than ever in the metal and hardcore communities.” It was also praised as a “return to their hardcore roots” by Brooklyn Vegan. The album was deemed “one of their most aggressive to date” by Consequence and “pummeling” by Revolver, while Psychology Today called it “a blazing combination of extreme metal and hardcore punk.” Hatebreed, nearing a quarter of a billion catalog streams, continue to be one of the most vital bands in the hard rock scene.