Income and Trends in the Game Audio Industry

How much can I make in Game Audio? Do I need to go to college or can I rely on my musicianship and creativity? How much experience do I need? Is it better to freelance or work for a game company? Answers to these and other interesting questions regarding income opportunities for video game composers and sound designers can be found in the new and highly anticipated GameSoundCon report.

Every year, the results of the GameSoundCon Audio Industry Survey are published before the premier conference for video game composers and sound designers. GameSoundCon opens its doors again in the Millennium Biltmore Hotel in Los Angeles on Sept 27-28. The 2016 survey ran from May 15 to June 30, 2016 and received close to 600 responses of game audio professionals.

The report covers compensation, work and environment, use of live musicians & middleware, contract terms, and education, plus an addendum on gender and game audio. New questions for 2016 deal with 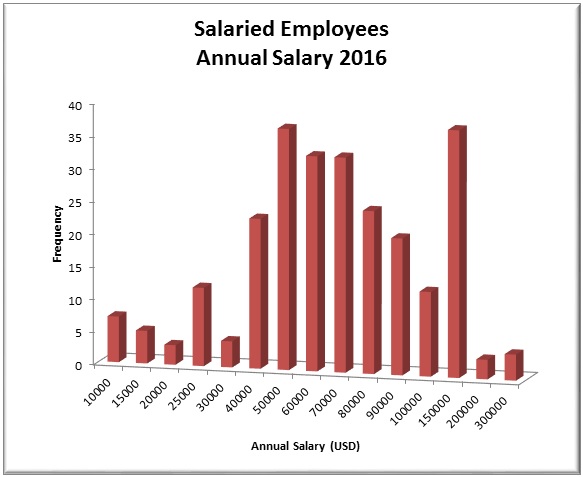 The report reveals that while salaried game audio employees make more on average than freelancers ($65,000 vs $42,000 per year), the very highest salaries were obtained by freelancers. Experience and time spent working in the industry influence the income opportunities greatly for employees, and the same can be said for freelancers, even though their range of income varies much more.

Indie games are on the map

In terms of freelancer compensation per project, Brian Schmidt, Executive Director of GameSoundCon, was surprised to find a few indie games among the highest payers: “Per project fees varied tremendously, from a low of zero, to a high of over $250,000. Large budget games, of course, dominate at the higher end, with Indie games clustered toward the low end. However, there are significant number of Indie games (self-funded, kickstarter, etc.) with per project fees rivaling those of Professionally Produced small scale/casual games,” he says.

The report informs also about the correlation between education and game audio employment. It turns out, just relying on your musical talent is not enough: 72% of all surveyed have a bachelor’s degree or higher.

Another big surprise was the income differences in between male and female respondents. Schmidt is in the process of verifying the findings and will issue an addendum in a soon-to-come blog post.

The report contains 17 pages of information, such as how many game audio pros are currently working on a Virtual Reality title, corresponding graphs, and remarks on the statistical validity of the GameSoundCon survey. The complete report is available at GameSoundCon.com.

SoundCon LLC is dedicated to education on the art, technology and business of composing for video games and video game sound design. With award-winning speakers and panelists from throughout the game and traditional audio industries, GameSoundCon is the leading music and sound conference specifically for the professional audio community. GameSoundCon creator and speaker Brian Schmidt received the Game Audio Network Guild’s 2008 Lifetime Achievement Award, and is a 28 year veteran in the game audio industry, having composed award-winning game music and created sound effects for over 130 interactive games.

GameSoundCon is a resource for sound designers and composers from Film, TV, music or other traditional media who are looking to widen their skills when it comes to composing music for games, and to game audio professionals who want to learn more about Virtual Reality, Augmented Reality, and other new areas of growth. The conference is held on September 27-28 in the Millennium Biltmore Hotel in Los Angeles, CA.
Source: SoundCon LLC and Music Marcom