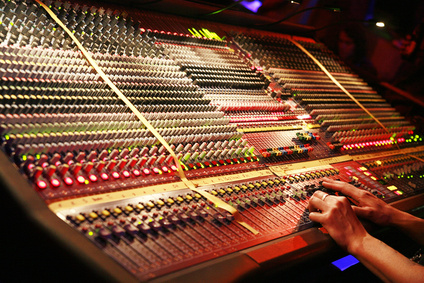 A marriage between the technical and creative
by Erich Gobel, engineer, West Triad Studio 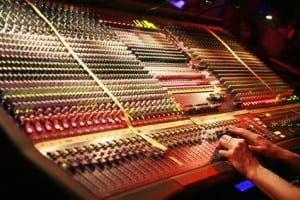 Fellow engineers may know the great feeling you get when you mic up an instrument, begin to shape the sound of a recording and then hit the red light—for me there is nothing like it! As an audio engineer, my job is to perform the marriage between the technical and the creative. A conduit if you will, between expression and its reproduction; sharing a role in the impact it will have.

Sometimes it is difficult to discern which is technical and which is creative—the selection of a microphone, preamp, EQ or compressor is often an aesthetic choice, similar to selecting the right instrument for a given recording. Intangibles like “vibe”, “energy”, “mood” and “feeling” are in the engineer’s everyday vernacular and each piece of the puzzle plays an important role. When I first set out to write this, my initial thought was to offer up some practical studio “How to’s” that might be useful, however, the more I dug in, the more I realized that it’s these sometimes elusive intangibles that really tips the scale. Capturing and interpreting emotional content through technical means is as much a part of engineering as understanding the notes, chords, and rhythms of playing music.

Steve Perry once told me that the writing of a song is not complete until the final mix is done. What this has come to mean for me is that the sonic sculpturing of the engineer is an integral part of the creative process, and often I have found it quite helpful to use emotional, conceptual or visual language while sitting in the engineering chair. The language of music is emotion, and when eloquently communicated it has great power. In real terms as an engineer, there are some fairly obvious connections we can make between the creative and technical. For example, if a section or a part should be “dreamy”, adding a thick lush reverb or a long panning delay might be appropriate—techniques I used on Molly Ringwald’s upcoming jazz record. An “intimate” vocal can mean drier, more compressed, and sung close to the mic. “Anthemic” or outright poppy may call for loud and proud mix choices, stadium reverbs, or a blend of doubles, triples and quadruples (worked great on John Mayer’s Stitched Up).

But there can be some less obvious choices too—what do you do to capture or enhance a haunting or lonely feeling? Moving the mic back from the guitar amp or blending a room mic might work, or filtering the sound to skew the sonic perspective. We know that in simplified musical terms, major is happy and minor is sad, but how does that translate to the sonic picture we are painting? Perhaps it means brighter or darker EQ settings, more or less room sound, effects, subtle or drastic compression settings, or spatial contrasts between several instruments. Because our soundscape is multi-dimensional, in that it has height, width, and depth, the way we record and manipulate sound has a profound effect on the feeling it produces.

Recording my studio partner Julian Coryell’s “Gaijin” album at West Triad Studio is a great example. Julian is a master of performance, writing, and production, and had conceived a rock opera set in late 1970s Japan, an emotionally charged tale with many musical twists and turns.

When it came time to record the drum tracks, our third partner in crime, world-famous drummer Mark Schulman, immediately latched on to the feeling of each song and brought his singular intensity, expression and deep musicality to the table. We decided to make use of dynamic mics and overhead/side placements on the drums to enhance the retro intention of the songs, while changing EQ and compression settings song by song to compliment Mark’s instrument choices and the underlying theme of each piece.

Come mix time, my first question to Julian was—how do you imagine the record to sound? He asked me to take liberties and do what I felt was right for each song, then go from there. I started out by running drums and vocals through guitar pedals, sending synths back through tube preamps, and reamping various instruments through the ’63 Vibrolux. Because “Gaijin” is a concept album that explores an exceptionally wide swath of emotional and situational territory, I felt there was latitude in the mixing to take a bold and dramatic approach, attempting to enhance the presentation of a powerful body of songs. It was during those mix sessions that something I had suspected for a long time became blazingly clear—that the recording studio, including all the gear in it, is really just one big instrument in itself, there to serve the music. When I played the first mix for Julian, I could see on his face the surprise of hearing this approach to his music, and then he told me how much he loved where it was going, offering up many great ideas, inspirations, and refinements.

Bringing it on home

One of the most amazing side effects of partnering up with Mark and Julian to create West Triad Studio is how the room itself and the gear in it have taken on a personality and life of its own. The attention to detail we spent together designing and building it, as well as hand picking our favorite gear (from my Neve console and Mark’s ‘60s Rogers sparkle kit that he dreamt of as a kid to Julian’s magical Vibrolux, paired with his obsession to find the greatest Les Paul on the planet) has resulted in a studio that inspires unbound creativity and expression. Between the three of us, we have accumulated nearly a century of experience in making music, and I truly believe that the whole of our individual contributions is greater than the sum of its parts. For me, there is no better place to exercise the engineer’s invaluable ability to understand and manipulate the unique character of each piece of equipment in the signal chain to achieve the desired impact of the final mix. The challenge for all of us is to create works that are evocative and original, speak to our emotions, and make us forget about time.

Erich  Gobel hails from the hometown of Les Paul, who pioneered two of Erich’s favorite inventions—the electric guitar and multi-track recording—Erich has spent the last two decades in music Mecca LA, building his own prolific career in the business. His discography includes work with some of the most notable artists and musicians of our time (John Mayer, Ray Charles, Black Sabbath, P!nk) and covers a wide range of musical styles.

Starting out as a session guitar player on prime time TV shows, Erich brought the player’s perspective with him when he switched to the other side of the glass to focus on making records. The unique sound Erich develops for the projects he chooses derives directly from this perspective—the understanding that every creation centers on the distinctive tone or voice the artist offers. Erich knows how to synergize the raw energy and emotion of a performance that is the essence of great music.

In 2008, Erich partnered with super talents Julian Coryell and Mark Schulman to create West Triad Recording Studio in Venice, California (http://www.markdrumtracks.com/content/west-triad-studios?page=1). The studio is an ultra creative environment that expresses their shared aesthetic, offering the perfect mix of vintage audio gear/instruments and cutting edge recording technology, and has become home to many of his endeavors. At the same time, it serves the three of them as a hub for their collaborations on a variety of entertainment projects. Erich also continues to write, produce and perform, among others with Vieniste, the well-received French pop group he co-founded in late 2007.