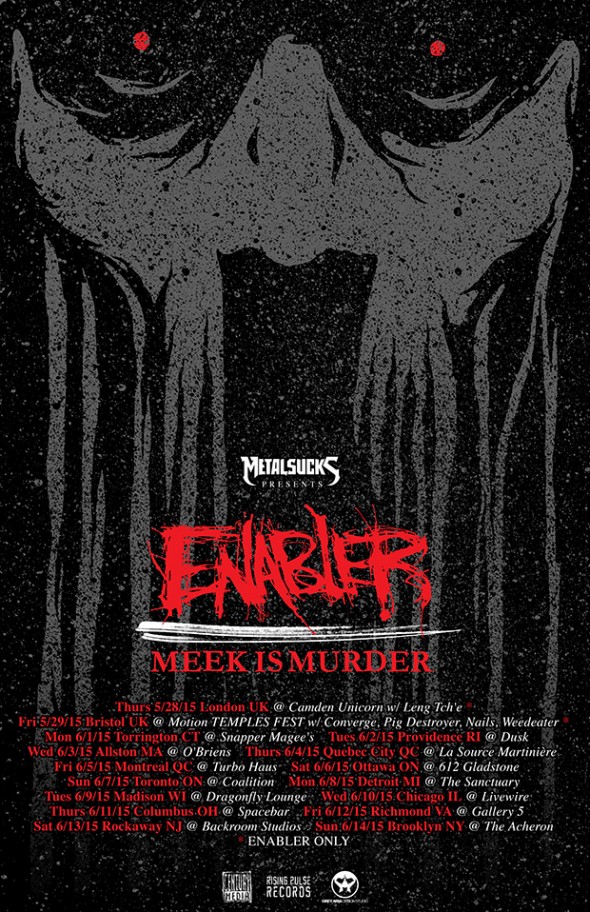 After recently completing work on their upcoming album, Fail To Feel Safe, Ohio-based hardcore/metal outfit ENABLER is now ready to embark on a US headlining tour! Kicking off in Torrington, CT on June 1, the trek will feature MEEK IS MURDER as support. See below for all dates!