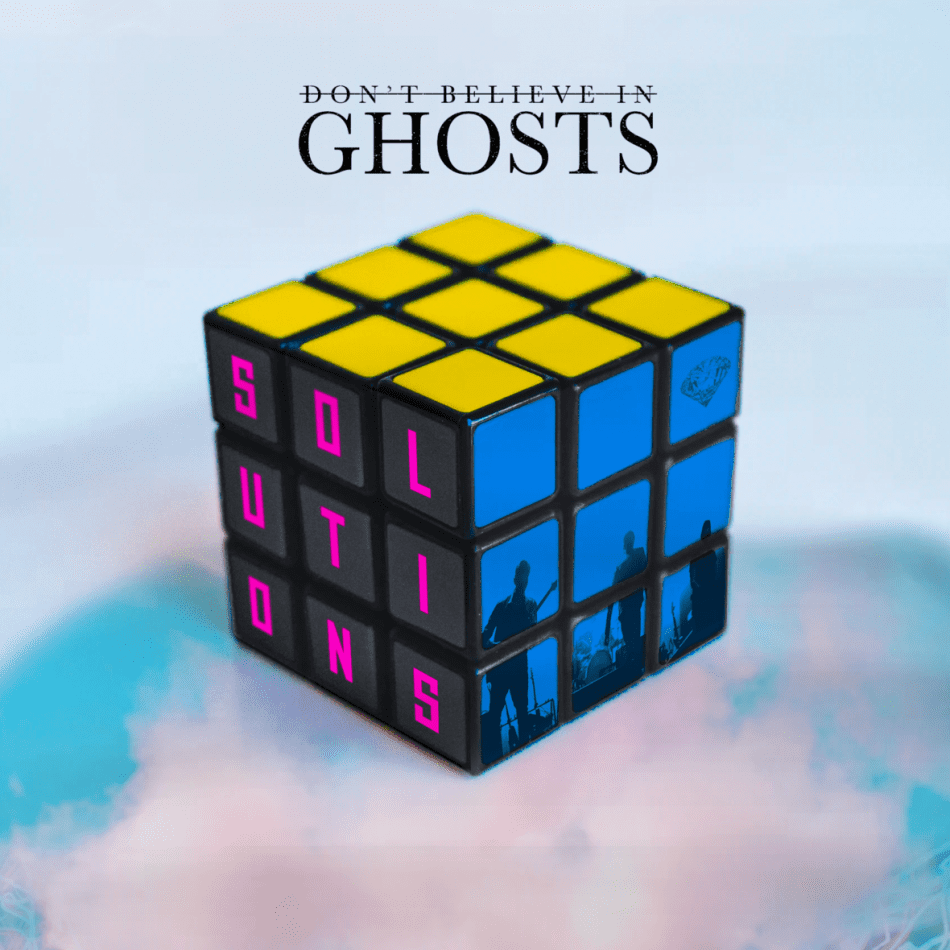 Alternative rock band Don’t Believe In Ghosts have signed to Imagen Records / ADA Warner. The band will release their first single “Put Your Head Back” which was mixed by Mark Needham (The Killers, Imagine Dragons) on April 16th. The band’s full album Solutions will arrive this spring on May 14, 2021.

“As a big fan of DBIG for a few years, I am thrilled to sign them to Imagen Records and excited for everyone to hear their new record ‘Solutions’.” says Imagen Records President Bob Winegard.

“I’ve been a fan of this band for years. Clever, fun, and songs filled with hooks. It puts me in a good mood every-time I listen to them. I’m so excited to have them on Imagen” says Morgan Rose, Head of A&R for Imagen Records.

The night the world shutdown in 2020 Don’t Believe In Ghosts was set to headline Brooklyn’s Knitting Factory. This on the heels of two sold-out headline shows at New York City’s Iconic Bowery Ballroom and the band’s first U.S. tour, 2020 was lining up to be a breakout year for the band. With touring put on hold just as the band’s single “Living Like This” began taking off at radio, singer Steven Nathan and his family were dealt a direct hit as his brother Robert Nathan passed away from COVID 19.

“This band has always been about seeing the light in the darkness. It’s always been about optimism, growth, and lifting people up. There were a few months there where I couldn’t even lift myself up anymore, it became very hard to focus. ‘Put Your Head Back’ is a defiant statement about no longer going down that path and re-aligning who you are and where you are going’ says vocalist Steven Nathan when describing the motivation for the bands new single.

“We have so much new music that is ready to be released and we couldn’t be happier to have Imagen supporting us with their experience in the Music Industry” concludes the bands Bassist Alex Goumas.

A compelling state-of-the-art indie pop band with an eclectic New York City sound. Don’t Believe in Ghosts, led by singer/producer and writer Steven Nathan, rose from his home studio in 2017. The band is rounded out by Dan DelVecchio on Guitar, Alex Goumas on Bass, and Ken Yang on Drums.

The bands’ achievements include song features on many TV shows including ‘Ink Master’ and The U.S. OPEN. Don’t Believe In Ghosts teamed up with 8-time Grammy-winning mixer Ken Lewis for their single “Don’t Wake Me Up”. The song’s video featured famed comedic actor Gilbert Gottfried. “Don’t Wake Me Up” earned more than one million retail and radio plays. In 2019 Don’t Believe In Ghosts sold out their first headlining show at New York City’s Bowery Ballroom. In the summer of 2019, the band embarked on their first U.S. tour. “Living Like This,” the band’s single in 2020 quickly became their most popular, receiving hundreds of radio plays across the U.S. while the music video gained critical acclaim.

“Don’t give energy to the ghosts of your past.” Says Steven Nathan when describing the meaning behind the bands’ name. “Worrying about what other people may think can be draining and debilitating.” Don’t Believe In Ghosts amplifies this theme throughout their music.