Dimitri’s Rail – Back To You 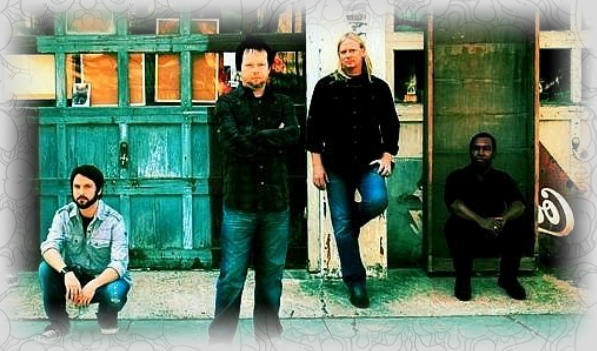 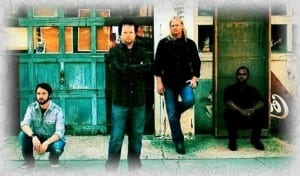 Dimitri’s Rail is a band from Texas that is on a successful surge this year. They’ve garnered their first Grammy nomination for Best Rock Song with the release of their single, “Will Never Break”.  They’ve opened for such bands as Sick Puppies, Filter, Days of the New, Tantric, and Saliva. They have been getting lots of national radio attention, and the band continues to sustain a top 10 national ranking on the Clear Channel New Music Network which is used to select artists for national airplay. They have recently been featured on MTV as well. Their music has been well-received by music critics and reviewers, and with this latest upcoming CD release, they are sure to garner more of the same positive reviews.

Their latest effort is chock full of strong material that should appeal to the adult contemporary/hard rock listeners, as well as a younger audience. The band is reminiscent of bands like Chevelle, Army of Anyone, Shinedown, with a touch of Puddle of Mudd’s poppy lyrical qualities thrown in for good measure.

The first track, ‘Just Breathe’, on their new release is an attention getter. The guitar starts off with a nice hard, funky riff, and the band jumps in right behind with both feet. Forceful beats and powerful lyrics hit you in the face like a sucker punch, and the song builds from there. Nice dramatic pauses between the end of the chorus and the next verse punctuate the song nicely and to great effect. The chorus is hooky, and catchy. The vocals are powerfully sung, and demonstrate a range of emotion and versatility that is impressive. The individual performances are all high quality, and you get a lot of bang for your buck out of this four-piece from Texas.

The next track, ‘Know Me’, is just as expertly done as the first track. A good guitar hook, intensely syncopated vocals and rhythm section works well to create a sense of urgency and angst without boiling over into full-blown rage. The guitar leads are tasty, played for the song, and not too over the top. The drumming and guitars really stand out in this one.

‘Rock a Billy’ has a more sedate beginning, starting out with an upbeat but understated first verse. The vocals are also more subdued at first, but then the band shifts gears and runs headlong into the chorus. The dynamics of the song are effective and not overplayed. They enhance the ride, as they are meant to, bringing the song in and out of the ups and downs smoothly and pleasingly. The guitar lead in this song is very well-played, short but sweet. It seems this bands members each know their parts well; what to contribute, and when to do it. “Romance and Hate’ is another that starts out subdued – a nice guitar and keyboard intro, and an ominous sounding beginning with a dark feel. The color and timbre of the song changes as the chorus hits, and then it’s back into the darker sounding verses. It creates a real mood, and takes you in and out of the darker and lighter sounding sides of the song in a fluid motion, much like riding a tide.

The song, “Through the Window” reminds me a lot of a Hoobastank-inspired power ballad. That is a compliment, because in my opinion few bands do power ballads quite as good as Hoobastank without sounding sappy or weak. The vocals are emotional and sweet, you feel that the singer believes his own words, and the songs ebb and flow are very natural; in no way does it feel contrived or artificial. It’s a really good, pure rock ballad that is immensely listenable and very well done. “Back to You” is another song along those lines, but has a more powerful feel throughout the song. It still has great dynamics in the song, but maintains the power more evenly throughout the song.

“Will Never Break” has a heavy beat, very staccato, but with some very nice symphonic additions to the background which elevate this song from just a heavy rock song to something more orchestral without losing the feeling of wanting to bang your head in the chorus. Heavy, crunchy guitar rhythms and tasty guitar leads keep this song in focus as hard rock song, and the orchestrations in the background elevate it to something more. It is a very clever arrangement, and it agrees with me. “What Lies Ahead” is a little more of that orchestral construct that I just described, except in a slightly more even, and sustained manner in this song. The vocals are commanding, and pleasingly sung throughout.

“She Says” is a good, straight forward rock song with a big sound. The lyrics lilt off the singer’s tongue and flow nicely into the chorus. The guitar hook is extremely catchy, and I smell a good single here. It’s simpler sounding in the verses than a lot of the rest of the album, but still the vocals raise the bar with this song, and make it stand out as a potential chart topper. It’s a very good top-40 Hard Rock single. The next song on the album is “Fade Away”, and it’s got a really good stop and start hook that doesn’t break the feel or groove of the song at all, but adds a sense of anticipation and urgency to the song. It’s another very dynamic song, as are all the songs on this album, but it always feels natural to the song, and not overdone. It’s not used as a gimmick, but to enhance the feel of the song, and it works. The drumming and bass work is so good on this release that they cannot go unnoticed or unmentioned. Infectious beats, body-swaying rhythms, and powerful drum and bass tones are important to the foundation of a great band, and these guys are doing their jobs very effectively. The rhythm section in this band just works!

“Home” is the final track on the CD, and it is a nice way to conclude this release. It is essentially the exclamation mark at the end of a paragraph. It encapsulates the entire album by including all that they can do well in a single song – the orchestrations in the background add a dimension that other bands either lack entirely, or exclude from their writing out of fear or a lack of understanding what makes a song or album great. The guitars shine on this track, and are very tastefully played for the song. The vocals are as powerful as you can imagine, soaring high above the rest of the song, while the huge drums and pounding bass lines drive the song forward. It’s a wonderful way to conclude an album, and they do the job nicely.

If Dimitri’s Rail is half as good live as this album sounds, I honestly can’t wait to see them at my local venue, and hopefully sooner, rather than later! I couldn’t recommend this album more highly.