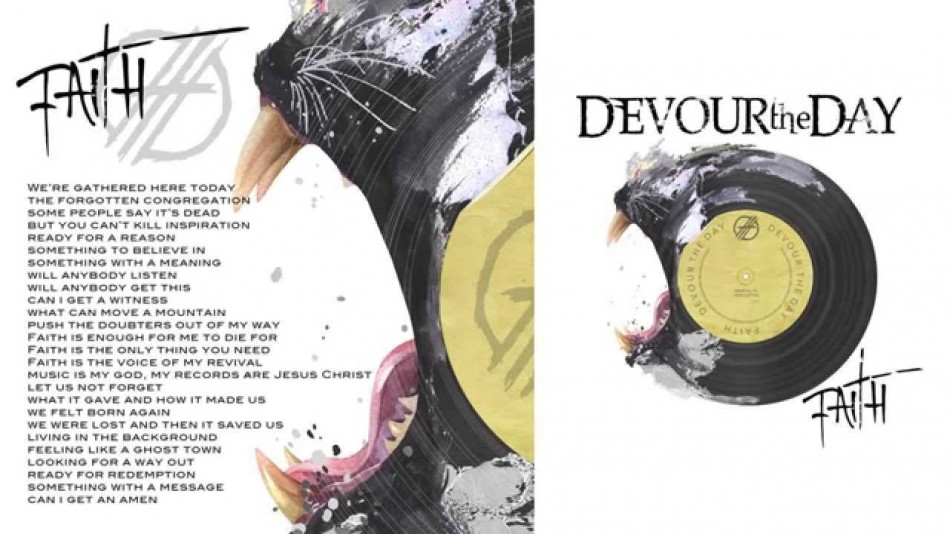 Band To Tour With Three Days Grace This Summer

(New York, NY) – Razor & Tie announces the addition of hard rockers Devour The Day to its worldwide label roster. The band is currently in the studio working on their new album with producer Dan Korneff (Paramore, Lamb of God, My Chemical Romance, Papa Roach). The music will be released later this year.
The band continues to have a stronghold at rock radio with their current single “Faith” just cracking the Top 20 at Active Rock this week and #23 at Mainstream Rock. Listen to “Faith” here:

Devour The Day will tour this summer with Three Days Grace starting June 21st through July 30th (tour dates below).

Joey Chicago and Blake Allison of Devour The Day comment, “Everyone in the Devour the Day family is so elated at the opportunity to join the Razor & Tie roster. We are thrilled to have the chance to move forward with an exceptional team behind us. We feel Razor & Tie will do their best to support us as a functioning and successful business, but more importantly as artists. This relationship allows us to continue to be as honest creatively as we have always been, but also takes it a step further in our hope to reach and influence as many people worldwide with our music.”

Formed in 2012, Devour the Day was born from the brain trust of Joey Chicago (Bass, Vocals, Songwriter) and Blake Allison (Lead Vocals, Guitar, Songwriter, Producer). After success with the band Egypt Central, Blake and Joey sought to break out on their own, writing and producing music without compromise. Devour The Day self-released their debut album, Time & Pressure, in 2014 and has sold over 20,000 units to date. The band is a mainstay at rock radio with several songs charting in the Top 25 at Active Rock, including the single “Good Man,” which hit the Top 10 and sold over 100,000 singles. The band has toured with In This Moment, Hellyeah, Sevendust, Three Days Grace, Butcher Babies, Hinder, Candlebox, Buckcherry, Pop Evil, Rob Zombie, All That Remains, and Joan Jett. Devour The Day has also played a number of festivals including Rock on Range, Carolina Rebellion, Rocklahoma, and Welcome to Rockville. Devour the Day is managed by David Cash of Fat Lady Music and represented for touring by Bryan Vastano of The Agency Group.

Devour The Day joins Razor & Tie at an exciting time in the label’s history as R&T finished 2014 as the #2 overall label at Rock Radio and the #1 indie label. Led by breaking stars The Pretty Reckless, Starset, and established greats All That Remains and The Sword, Razor & Tie is becoming the leading label in rock. Other recent signings include Wilson, Red Sun Rising, Crossfaith, Failure Anthem and Sons of Texas.