Devil Gone Public on Fearful Symmetry and Beyond 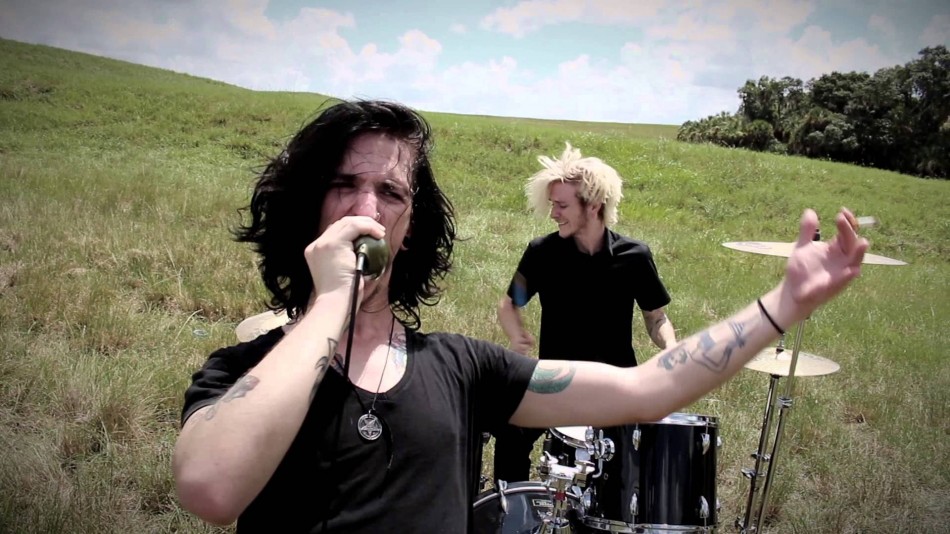 Devil Gone Public has their sights aimed high on the heavy metal scene. Fresh off the release of their new EP Fearful Symmetry, the band is already itching to get back into the studio and record new music. Lead singer Garrett Moore discusses inspirations on Fearful Symmetry and future plans. Fearful Symmetry is available now on devilgonepublic.bandcamp.com.

1. What was your biggest inspiration when writing Fearful Symmetry?
During the writing and recording process, we were all listening to a lot of bands like He Is Legend, Corrosion of Conformity, Slipknot, Closure in Moscow, and Protest The Hero. All of those bands have really killer dynamics and their intricate yet catchy song structuring really inspired us to push ourselves to the limit creatively. We jammed to a bunch of Stoner and Doom metal during our sessions in New Orleans, too. The NOLA vibes definitely crept into our sound on this record. We all experienced some pretty dark times while writing Fearful Symmetry so all of the lyrics center around battling personal demons and lost love.

2. How is Fearful Symmetry different from your last album?
We recorded our debut EP with Kelly Nunn (Maylene & The Sons of Disaster, Underoath) in May 2014 and, although there are some heavy aspects to those songs, it comes across as more of a hard rock record. Fearful Symmetry is a sludgy and heavy groove metal record that definitely captured our sound. “Chillin, Killin” and “Spitting Blood” were engineered and produced by our great friend Neil Parsons in New Orleans, LA. Alex and I have been recording with Neil since we were 13 years old so he took a big part in making us the musicians we are today and really knows how to get the best performance out of us. He’s also not afraid to tell us when something sucks and you really need that in a producer. This record also has a much more dirty-stoner metal vibe to it and that’s due to Neil and our common love for bands like Goatsnake, QOTSA, Torche, and Pentagram. “Ghosttown” was recorded in Sarasota, FL by Rob Caldwell (Cannabis Corpse, Iron Reagan, Six Feet Under) at Nova Sango. This was the first session we had done with Rob and our personalities clicked immediately. He is just a really fun guy to work with. Rob really captured our punk energy and the mix is so clean and so dirty at the same time, he is a super talent engineer. Brandon, Alex, and I are incredibly proud of these songs.

3. Is there one song on Fearful Symmetry that means more to you than the others?
“Ghosttown” in particular is probably collectively our favorite song on the record. This song really hits hard with the punk and hardcore influence. The energy is just so unreal and then the sludgy parts are massive and just make you want to bang your head. The lyrics are very personal to me. When I wrote them I was just on the verge of going through some rough times and I knew it so the tone is very dark yet it is hopeful at the same time. It’s very much about riding out the storm and making it to the other side.

4. What band would you most compare Devil Gone Public to?
The great thing about Devil Gone Public is that we pull influence from so many different genres that it makes us hard to pigeonhole. I don’t know who exactly I would compare us to, but I would definitely say Devil Gone Public is for fans of Down, Every Time I Die, Corrosion Of Conformity, Goatwhore, He Is Legend, The Dillinger Escape Plan, Cancer Bats, Pantera, Lamb Of God, White Zombie.

5. What bands were big influences for you growing up?
Alex and I grew up playing together since we were 11 years old so we both come from a classic rock background; AC/DC, Guns N’ Roses, Black Sabbath, Aerosmith, The Black Crowes. Our old band was managed by the wife of Brian Johnson of AC/DC, so luckily we were able to learn from jamming with Brian, Scotti Hill (Skid Row), and Donald “Duck” Dunn (Booker T, The Blues Brothers). As we got older we started delving into the heavier stuff. Brandon grew up big time on punk and hardcore and was very involved in the high school drum core so he has incredible understanding of music. I think the fact that we draw influence from so much different music and the fact that we aren’t afraid to showcase those influences is what makes our own little brand of metal so special. 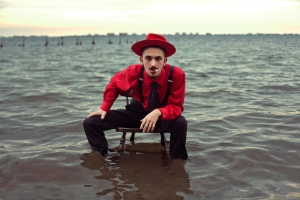 7. The Venetian death mask is featured on a lot of your artwork. What drew you to that visual?
Our good friend Amber Cross from our hometown of Sarasota, FL created the concept of the Venetian Plague Doctor. She took the reigns creatively and came up with that wonderful visual accompaniment to our music and it has become our mascot. Our “Eddie”, if you will.

8. What new projects are in the works?
We’ve got a record worth of new material that we will be recording in the form of a couple EP’s within the next couple of months. We’re gearing up to move our home base up to New Orleans and see where the road takes us from there. We’re writing the best songs of our lives right now and we’re having a blast doing it. Our sound is evolving as well as our horizons. Our future feels like a positive, productive, and exciting one. We cant wait to give ya’ll some new music to bang your head to.