Part 2-4 covered the four primary factors used to decide whether someone accused of copyright infringement can avoid liability under this defense:

The final factor for consideration is how your use of a copyrighted work affects the current and potential profitability of that work. Under this factor, courts will typically take a detailed look at the audience of the original work, as well as the different ways in which the copyright owner could potentially use the work in the future.

If your use of a copyrighted work impairs (or could impair) the author’s ability to make money, then it’s less likely that the fair use defense is available. If, on the other hand, your use is aimed at a completely different audience, the demand for the original work isn’t affected by your actions, and the original author probably couldn’t have profited from using the work the way you are, then this factor likely weighs in favor of fair use.

To illustrate how this factor works, consider the following cases:

In Twin Peaks v. Publications Int’l, Ltd., the plaintiff (Twin Peaks Productions, Inc.) owned the television serial drama “Twin Peaks,” which was first televised in 1990. The defendant (Publications International, Ltd.) published a book titled “Welcome to Twin Peaks: A Complete Guide to Who’s Who and What’s What,” which was based on the first eight episodes of the television series, contained content discussing various aspects of the series (including the series’ characters, creators, producers, location, music and popularity), as well as a chapter devoted to the detailed recounting of the first eight episodes’ plots.

In another case, Campbell v. Acuff-Rose Music, Inc., the Supreme Court considered whether 2 Live Crew’s use of lyrics from Roy Orbison’s “Oh, Pretty Woman” in its rap song, “Pretty Woman,” was fair use of Orbison’s work. Here’s a brief comparison of the lyrics from both:

Pretty Woman, walking down the street,

Pretty Woman, I don’t believe you, you’re not the truth,

No one could look as good as you

Pretty woman walkin’ down the street

Pretty woman you bring me down to that knee

Ultimately, the court held that 2 Live Crew was able to assert the “fair use” defense. During its analysis of the fourth “fair use” factor, the court noted that 2 Live Crew’s song “comprises not only parody but also rap music,” and that there was no evidence that their use affected any potential “market for a nonparody, rap version” of Orbison’s “Oh, Pretty Woman.”

As stated in previous articles, it is vital to remember that “fair use” is fact-specific — no one factor can establish or preclude this defense. Accordingly, it is important to always make sure to consult an attorney or request permission from the copyright owner before using a work. 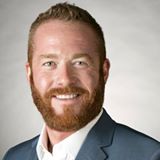