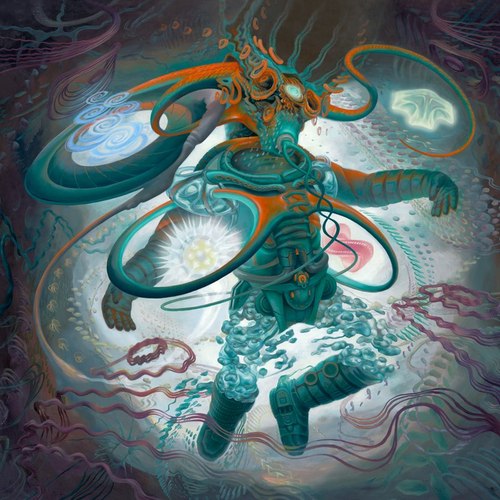 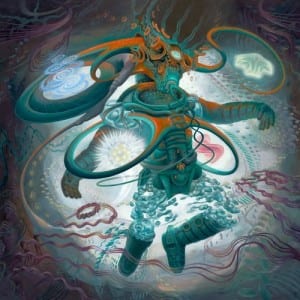 Coheed & Cambria are the pride of Nyack, New York in the Hudson River Valley. They’ve brought a fresh take on the fusion of the post-metal, hardcore, and progressive rock genres. What truly makes them unique is that all of their albums have been concept albums that follow a completely original science fiction storyline created by singer, Claudio Sanchez called, ‘The Amory Wars’. These stories are told in a series of comic books about a system of 78 planets called Heaven’s Fence, held in place by interconnecting beams of energy, known as the ‘Keywork’. The first half of the story narrates Coheed Kilgannon and Cambria Kilgannon’s struggle against Wilhelm Ryan, the Supreme Tri-Mage (later referred to as the Archmage). The second half of the story focuses on the heroic journey of their son, messianic Claudio Kilgannon. Over the course of the story, Claudio assumes the mantle of The Crowing, foretold savior of Heaven’s Fence. In the end, he will face the Archmage, absolute ruler of Heaven’s Fence and the one ultimately responsible for the death of Claudio’s family. [1]

It is not important to understand the back story of the comic book series to enjoy any of the band’s music, but it certainly helps to understand some of the lyrical content. It’s the same with any of the great concept albums, from Pink Floyd’s ‘The Wall’, to Queensryche’s ‘Operation Mindcrime’.  Coheed and Cambria follow in that school of musical creativity; their music is intricate, heady, and engaging. The vocals are musical and earnestly sung, and serve to focus the listener’s mind on not just how the music is sung, but just as importantly on what is being said. The music and lyrics work together to create an otherworldly sound complete with mental images that transport the listener to another place, and that is also what makes this unique among concept albums and artists. The story they tell, and the music they make are not of this Earth.

The engineering and quality of the production are excellent. I can see this concept coming to the silver screen sometime in the future, should anyone want the job of tackling the intricate storylines and marrying the music to live or animated action. “The Afterman/Ascension” is the first release of a two-part album, the second part, “The Afterman: Decension”, is due out in February 2013.

After a sorrowful, almost macabre intro with “The Hollow”, the band jumps headlong into a virtual progressive rock opus with the nearly eight minute long “Key Entity Extraction I: Domino the Destitute”.  With this, they plunge deeper into a rollercoaster of dynamic guitar work, staccato bass lines with pulsating drums, and the enchanting sounds of Claudio Sanchez’s entrancing story line. Far from the raw power and passion of ‘Domino the Destitute’, “The Afterman” is a graceful and expressive meditation in concert with guitarist Travis Stever’s deep and soft tones and exquisite performance.

Evocative falsetto harmonies complement the next track, “Mothers of Men” to great effect as Claudio invokes the line, “Another cog in the wall” with real passion. The song has the ebb and flow of an aural tsunami, the peaks and valleys of the waves as they come crashing in on the shoreline of your mind.

With an uncharacteristically light and cheery groove from drummer Josh Eppard, and upbeat and bouncy bass lines from Zach Cooper, “Goodnight, Fair Lady” is an over-the-top application of instrumental theatrics with the vocal acrobatics of front man Claudio Sanchez. It’s an almost pure pop break from the rest of the songs on this release.

“Key Entity Extraction II: Holly Wood the Cracked”, “Key Entity Extraction III: Vic the Butcher”, and “Key Entity Extraction IV: Evagria the Faithful” is the most unrestrained and discordant progression on this album. It has unbounded energy and is executed with their usual adept precision, but something about the almost grunting quality of the vocals on “Holly Wood the Cracked”, and the disjointed feel of the guitar leads on “Vic the Butcher”, gives this progression a slightly inharmonious feel with respect to the rest of the album. Still, those are hardly negatives, but minor observations in the scheme of things.

“Subtraction” brings this effort to a beautiful close, summing everything up in a delightful bon voyage, putting the focus back onto this bands uncanny ability to create brilliant, intricate, and affecting music. This latest release is a testament to that quality. The Afterman: Ascension is Coheed & Cambria’s best recording to date, and it truly is a game changer in the genre, not unlike Pink Floyd’s “The Wall” was to progressive rock in 1980. I can’t wait to see them live in December when they venture into my neck of the woods. I have a feeling it’s going to be epic!