Cab Ride Home – To the Top 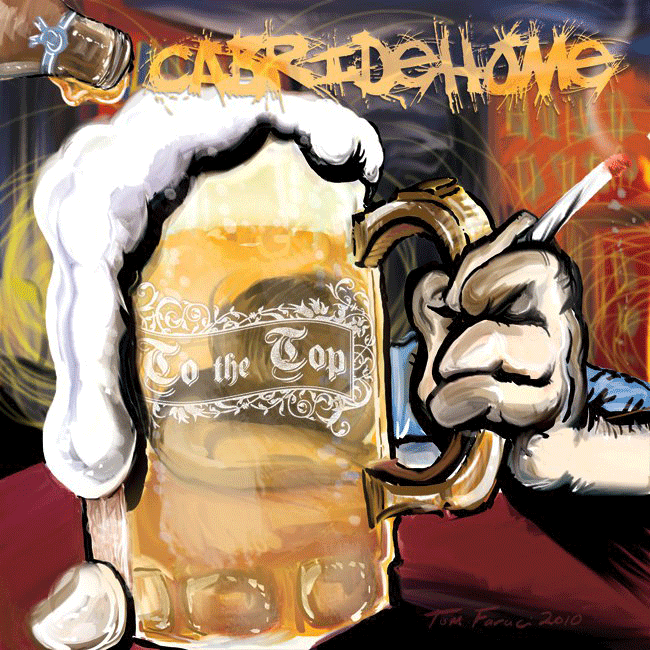 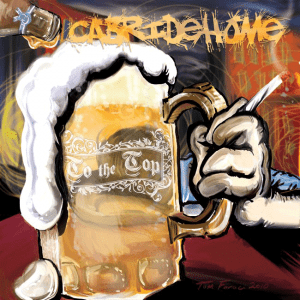 Cab Ride Home is a thrash/speed metal band from Manassas, Virginia that has, like most bands do, evolved from their original incarnation into something slightly different from where they started. The current incarnation of Cab Ride Home is not the same band that recorded their last album, The Intoxicated Massacre. They started out as a four-piece, and then trimmed down into a three-piece, and the current line-up is a five-piece (drums, bass, vocalist, rhythm and lead guitars) metal band. Their music and lyrics are filled with the alcohol-fueled antics of adolescence, and all the intentional and unintentional comedy of errors that ensues. Their music is fun, interesting, and well executed.

Their current effort is a 3-song EP entitled, ‘To the Top’, and according to them, they’re ‘drunker than hell and raging harder than a 1 a.m. game of Buck Hunter”. One can only imagine the carnage…

.254 (Overtox) is about a wee little trip to the local emergency room… This was the BAC (Blood Alcohol Content) of one of the band’s members, who shall remain nameless for the purposes of this review. It’s a heavy, straight-forward speed blast to the head. It’s reminiscent of early Megadeth, with deeper vocals. The guitar hook is simple, but effective. The drums and bass rumble along nicely, keeping the whole thing together. The guitar lead is nicely laced with some interesting guitar harmonies, and is quite melodic, actually.

Slaughter Brew starts off with pounding double bass drums and guitars angrily grinding out a staccato froth of speed metal in double time. The song immediately jumps into a frenzy of raging vocals and manic guitars, while the double kicks and bass pound through the middle of the mix like a machine gun. It’s a good head-banger, and has a nice bridge that brings the tempo down and focuses the rage of the vocals into the forefront of the mix, before going into a well played and musical guitar lead that is played for the song rather than to see how many notes the guitar play can jam in there… It has interesting chord progressions throughout the song, keeping it interesting and from becoming monotonous.

Assassins of Innocence sounds a little like the Iron Maiden of old at first, but out of the intro it jumps straight into pure thrash metal. The backing vocals are very reminiscent of Pantera’s early days, full of grunt, gusto and machismo. It has a good, forceful, driving beat and I enjoy the guitar rhythms. The lead on this song is really good – again. This lead guitarist knows how to play for the song, and not just throwing out as many notes as humanly possible. It’s a good song, solidly constructed and well performed.

I like this band, so far. This is only their second effort, and a third, full length release is on the way in 2013, so there is more to look forward to from Cab Ride Home. I think that if they keep going the way they are, musically speaking, that they will do well. It’s all up to several intangible elements in this business: can you keep the band members from killing each other; can the creative juices keep flowing; or the ever-present issue of band management, and the missed opportunities, or those that were seen for what they were and taken advantage of. To be a successful band in the music business, it first and foremost MUST be treated AS a BUSINESS. Too many bands fall by the wayside because their approach is not from the point of a business, as well as a creative enterprise. The creative part relies on the business end to keep everything moving in the right direction, which  for most bands means getting signed to a major label, recording music and selling it, as well as touring to support the product. These guys are self-driven, and recently put together a UK tour all on their own, supporting national and international acts. If they can keep this momentum they’ve built for themselves up, and find the right management, they can and will go places.