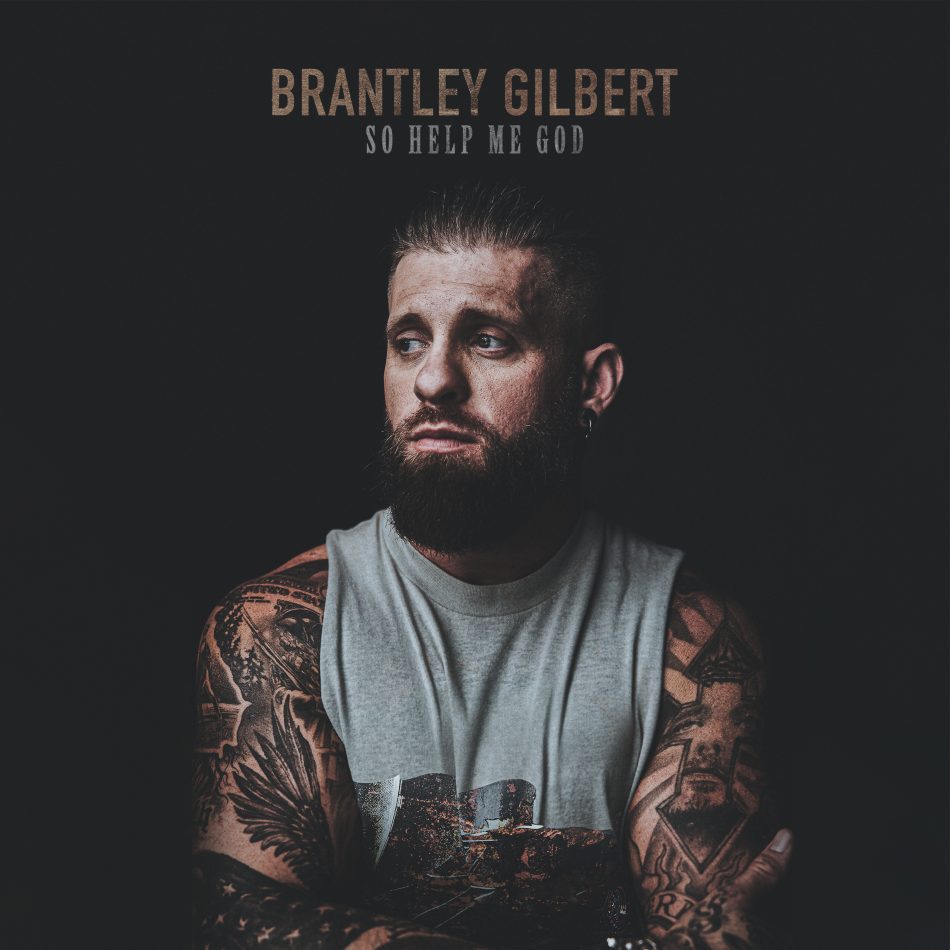 SO HELP ME GOD

Multi-Platinum country star Brantley Gilbert is the first to admit he’s meticulous when it comes to writing and releasing new music, tinkering and tweaking things until he feels he’s found the best way to serve the song and the project.

“I’ve always taken a little longer than most artists, especially in this genre, to put an album out and that’s partly to do with me being a perfectionist,” Gilbert prefaces. “But we’ve been looking forward to getting this album out for a long time. I’ve been blessed to sit down with some of the best writers in the country, and I feel like we’ve written some wonderful stuff.”

Armed with a 10-track collection that meets the Georgia-native’s standards, Gilbert announces his long-awaited new album So Help Me God via The Valory Music Co., set for digital release Thursday, November 10. Pre-save the album HERE.

“In the past, my albums were almost direct reflections, direct chapters of my life,” shares Gilbert. “Whatever I’d gone through since I wrote the last record would make its way onto the new album. There’s still some of that with So Help Me God since I’m a co-writer on all the songs – it’s been three years since the last release and a lot of life lived. But I feel like this album is more of a mixtape of great songs.

“We wanted to put songs that sounded good together, but also songs that covered a wide variety of genre influences,” Gilbert elaborates. “There’s a lot of different songwriting styles on the album. We’re super excited about it, and I can’t wait for BG Nation to hear what we’ve been working on.”

With the release of So Help Me God also comes Gilbert’s newest single headed to Country radio on November 14, “Heaven By Then” with Blake Shelton featuring Vince Gill. Co-written with Brock Berryhill, Michael Hardy, Jake Mitchell, Randy Montana, Hunger Phelps and Taylor Phillips, the album opener highlights a way of life that can often feel like it’s disappearing, as the pace of everyday life continues to speed up.

When they pave all the dirt roads
And John Deeres are dinosaurs
When the last back 40 gets sold
And young boys don’t open doors
When you can’t hunt a white tail
And keep what you reel in
Well, I hope I’m in heaven by then

No, I don’t wanna go today but I don’t wanna live
Down here at a place that thinks that that place don’t exist
There comes a day this country’s somewhere country don’t fit in
Hell, I hope I’m in heaven by then

“We were on a writing retreat in Texas that we do every year, and everybody was out on the porch. I don’t remember who threw a word in here or there and who didn’t, so we ended up with a bunch of writers on ‘Heaven By Then,’” Gilbert notes. “And I love songs like that. It came out of a conversation. A guitar ended up in HARDY’s lap, which is usually a good sign that it’s about to turn into something special. I think we all knew that as it was being written. It came to life that night.

“To have Blake Shelton and Vince Gill on the song meant so much to me. Those two brought so much to the table and gave it a voice I didn’t have. We were all in separate places when we recorded, but it was a cool way for everyone to put their spin on it. They just did what felt natural and sonically you hear that,” he concludes.

As the Son Of The Dirty South Tour with “Son Of The Dirty South” collaborator Jelly Roll continues tonight, Gilbert’s co-headlining tour with Five Finger Death Punch kicks off November 9 in Grand Rapids, Michigan and continues through December 17, wrapping in Las Vegas, Nevada. For tickets and more information, visit BrantleyGilbert.com.

As a longtime supporter and advocate for service men and women, Gilbert continues championing veterans through his latest partnership with Nine Line Apparel for an exclusive shirt design, which will benefit Nine Line Foundation.

Nine Line Foundation is a charitable organization dedicated to meeting the financial and specialized needs of severely injured soldiers and their families. In combat, Nine Line is an emergency medevac request and is often the difference between life and death for the most severely wounded soldiers. Since 2013, Nine Line Foundation’s mission has been to serve in a similar manner, offering a lifeline once wounded veterans return stateside.

About Brantley Gilbert
With back-to-back Platinum albums and a grassroots following millions strong, Brantley Gilbert’s music has been shared, covered and adopted as the soundtrack to Saturday night and Sunday morning by audiences around the world. The Georgia native who started as the defiant life-of-the-party can still go ‘til sunrise, but he’s also emerged as something far greater: the leader of a massive tribe of hard-working, fun-loving believers for whom electric guitar-shredding, rapping, and twang can go hand-in-hand-in-hand. They call themselves the BG Nation, and when the BG Nation watches Gilbert on a stage, they don’t just see a star. They see themselves. Seven No. 1 hits punctuate his career: “Country Must be Country Wide,” “You Don’t Know Her Like I Do,” CMA Awards Song of the Year nominee “Dirt Road Anthem,” “My Kinda Party,” RIAA 5x Platinum-certified “Bottoms Up,” “One Hell of an Amen” and collaboration with Lindsay Ell “What Happens In A Small Town.” Gilbert’s landmark record Just As I Am clinched the 2014 American Music Award for Favorite Country Album. Earning praise from the New York Times, NPR, American Songwriter, and more, Gilbert has mined a rich vein of conflict between the party and the pew on all of his albums. Instead of toiling in limbo, unable to enjoy good times for fear of Judgment Day, Gilbert fully lives––rowdy friend, man of faith, devoted husband, smitten new father––just as he is. His upcoming album So Help Me God is set for November 10 via The Valory Music Co. and features his forthcoming single “Heaven By Then” with Blake Shelton featuring Vince Gill. Gilbert will embark on a co-headlining tour with Five Finger Death Punch November 9 for their 22-date U.S. run that wraps December 17. For tour dates, tickets and additional information, visit BrantleyGilbert.com  or follow him Instagram, TikTok and Twitter @BrantleyGilbert and Facebook.com/BrantleyGilbertMusic.

About Nine Line Foundation
Nine Line Foundation is a 501(c)(3) charitable organization, dedicated to meeting the financial and specialized needs of severely injured soldiers and their families. In combat, Nine Line is an emergency medevac request and is often the difference between life and death for the most severely wounded soldiers. Since 2013, Nine Line Foundation’s mission has been to serve in a similar manner, offering a lifeline once wounded veterans return stateside. Our goal is to rebuild, strengthen and enrich the quality of life of wounded veterans. “Leave no man behind.” For more information, visit NineLineFoundation.org.