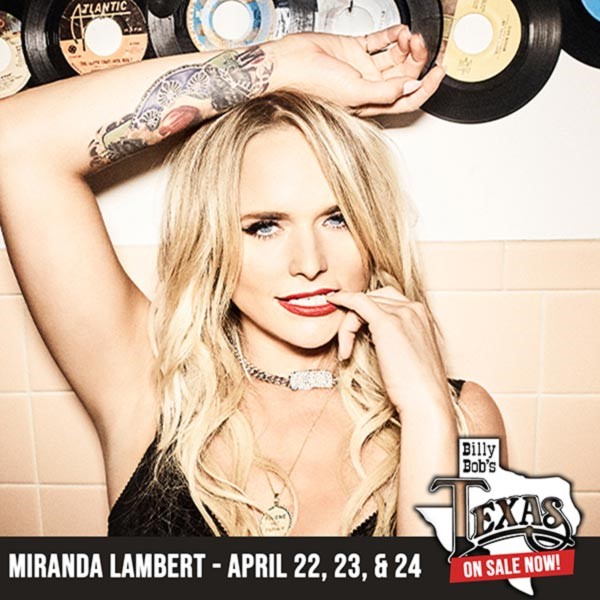 Miranda Lambert Sells Out All Five Shows for Anniversary Celebration

FORT WORTH, Texas – Located in the heart of the Fort Worth Stockyards National Historic District, Billy Bob’s Texas first opened its doors in April of 1981. Since then, music stars of all genres and generations have graced the stage for more than 17 million visitors of all walks of life to enjoy live music every weekend, making it an iconic stop in Texas. Not only is Billy Bob’s Texas a country music lover’s dream, but it has also hosted music’s biggest names from all genres over the past 40 years. Ranging from today’s hottest stars such as Luke Combs and Kacey Musgraves to rock legends such as the Styx to the most recognized artists in country music such as Willie Nelson and Johnny Cash, the talent alone speaks to the caliber of the venue. Along with concerts, the unique atmosphere of the “World’s Largest Honky Tonk” also includes live bull riding, and two-step and line dance classes for guests to embrace their inner cowboy. Billy Bob’s Texas has started a year-long celebration for its 40th Anniversary by bringing in some of music’s most well-known artists as well as a few up-and-coming stars from across the nation.

As part of the special anniversary celebration, there will be a cake cutting, vintage memorabilia display, commemorative 40th-anniversary merchandise, and a special word from Billy Bobs’ partners, friends, and more! The celebration will take place on Thursday, April 1st from 6-9 pm with an exclusive performance from The Gatlin Brothers beginning at 9 pm. The performance will take place 40 years to the day since The Gatlin Brothers performed on opening night in 1981.

The 12-time ACM “Country Music Club of the Year” certainly did not disappoint with the broad lineup of talent from beginning to end as part of their milestone celebration in April. Starting out strong, Larry, Steve & Rudy: The Gatlin Brothers (Apr 1) will kick off the festivities, followed by a blend of southern blues, rock, and country from Country Music Hall of Fame member Hank Williams Jr. (Apr 2 & 3), iconic country artists Midland (Apr 8, 9 & 10) and Dwight Yoakam (Apr 15, 16 & 17). Country music superstar Miranda Lambert (Apr 22, 23, & 24, May 1 & 2) will be bringing her loveable yet fierce energy to the stage, as well as American pop and country duo The Bellamy Brothers (Apr 30) to close out the month just as exciting as it started. Fans will not want to miss these unforgettable performances this month at the legendary Billy Bob’s Texas!

More new shows have just been announced on Billy Bob’s concert calendar. Tickets are on sale NOW for the following concerts:

Billy Bob’s: Lending a Hand to Music History:
Artists placing their hands in cement has been a tradition at Billy Bob’s for more than two decades.

Many of the club’s showcased artists have been honored with various awards and accolades. For some, however, their favorite honor is being part of what is now known as Billy Bob’s ‘Wall of Fame’.

Patrons can visit the Wall of Fame and see the handprints and autographs of Garth Brooks, Willie Nelson, Johnny Cash and even Ringo Starr to name a few. Many fans enjoy comparing their hand size to celebrities.

About Billy Bob’s Texas:
Located in the heart of the Fort Worth Stockyards National Historic District, the 100,000 square foot cattle barn became Billy Bob’s Texas in 1981. Since then more than 17 million visitors have enjoyed live entertainment and real bull riding at “The World’s Largest Honky Tonk.”

The facility can hold 6,000 rowdy patrons on a given night and has been host to hundreds of musical acts, from Alan Jackson to ZZ Top. On Fridays and Saturdays, the venue also features live bull riding – a step up from the mechanical variety. It seems like an unlikely source for a series that has sold millions of albums. 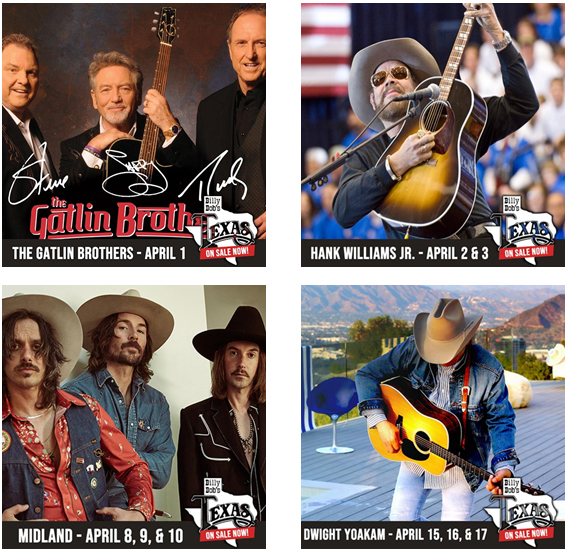