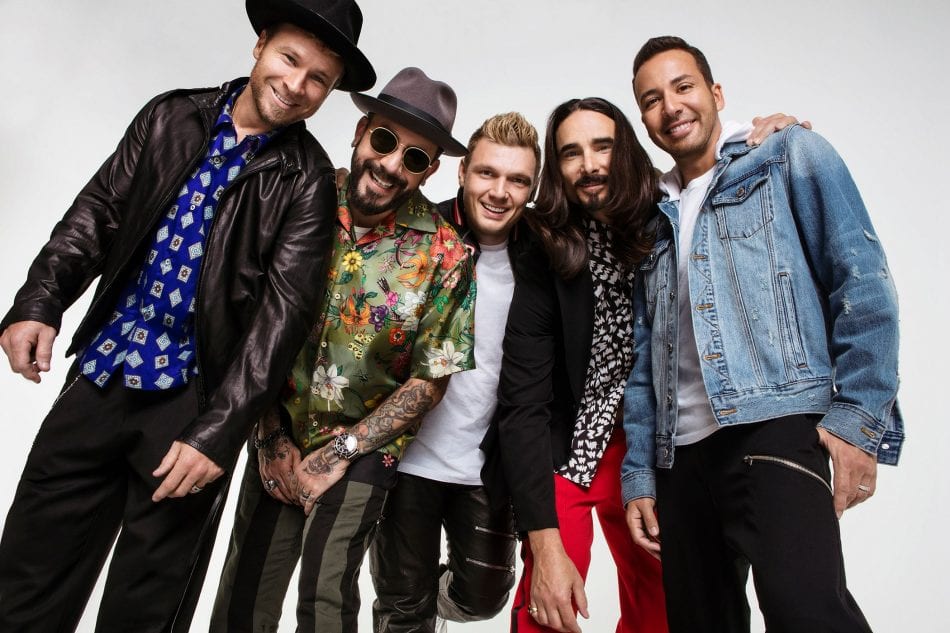 It’s Christmas in July! The Backstreet Boys, one of the best-selling bands of all time, are returning to the Las Vegas Strip with “A Very Backstreet Christmas Party,” a series of 12 holiday shows at Zappos Theater inside Planet Hollywood Resort & Casino this November and December (see below for full list of dates). The festive Las Vegas performances will mark the group’s first ever holiday shows, filled with classic holiday favorites, new originals and their biggest hits.

The series of holiday shows follows the pop juggernaut’s record-breaking “Backstreet Boys: Larger Than Life” residency at Zappos Theater from 2017 to 2018, which was one of the fastest-selling shows in Las Vegas history and hosted the biggest audience in the history of the city’s headlining residencies. The sold-out shows received rave reviews from fans and critics and attracted fans from all over the world.

Tickets go on sale to the public Friday, July 16 at 10 a.m. PT at ticketmaster.com. All shows are scheduled to begin at 8 p.m. Visit www.backstreetboys.com for VIP meet and greet information.

Backstreet Boys, Live Nation Las Vegas and Caesars Entertainment will once again donate $1 of every ticket purchased to the Boys & Girls Clubs of Southern Nevada (BGCSNV). Throughout their “Backstreet Boys: Larger Than Life” residency, the Backstreet Boys donated $180,000 to the organization.

For 28 years, the Backstreet Boys, one of the most successful groups in music history, has continually delivered the finest pop music one has to offer, making them one of pop’s most influential performers. With countless #1s, record-setting tours, numerous awards and worldwide sales in excess of 130 million, BSB has been recognized as one of the best-selling bands of all time.

For 28 years the Backstreet Boys have delivered the finest pop music one has to offer, making them one of pop’s most influential performers. With countless #1s, record-setting tours, numerous awards and worldwide sales in excess of 130 million, BSB has been recognized as one of the best-selling bands of all time

In early 2019, BSB released their GRAMMY nominated 10th studio album “DNA” on RCA Records. The album debuted at #1 and features the Top 10 hit “Don’t Go Breaking My Heart.” The critically acclaimed and chart topping single was nominated for the “Pop Duo / Group Performance” 2019 GRAMMY, and was BSB’s first hit on the Billboard Hot 100 in 10 years. Upon its release, the single went straight to #1 on iTunes Top Songs and Global charts and charted in over 22 countries.

In May 2019 the Backstreet Boys kicked off “The DNA World Tour” – the group’s biggest arena tour in 18 years thanks to the global success of their #1 new album. The DNA World Tour has seen the group sell out arenas all over North America, Europe, Asia and South America.

Over the years, the Backstreet Boys have continually captivated millions of people with their impressive catalogue of hit songs and creative partnerships. Most recently, we saw the group’s highly successful Las Vegas Residency “Larger Than Life” become the fastest selling residency in Las Vegas history; along with hilarious collaborations with Jimmy Fallon and James Corden; a #1 Country radio single with Florida Georgia Line; and viral remixes of their hit song “I Want It That Way” by Chance The Rapper and Lil Uzi.

Planet Hollywood Resort & Casino is the centerpiece of the famed Las Vegas Strip, with 2,500 beautifully redesigned guest rooms and suites showcasing some of the best views in town, along with endless options of unparalleled shopping, distinguished dining, popular entertainment and a bustling nightlife. A bright, bold addition to the resort’s portfolio, the new Ultra Hip Rooms feature contemporary elegance and luxury bedding. Known as the place to play for its roster of A-list celebrity guests, Planet Hollywood’s 231 newly restyled suites feature stunning views of the glittering skyline and daring décor elements such as suspended sofas, lounge-style living spaces and oversized modern artwork. The resort encompasses more than 100,000 square-feet of gaming, several lounges, impressive restaurants including Gordon Ramsay Burger, KOI, Strip House, and the award-winning Spice Market Buffet, an intimate wedding chapel and the Planet Hollywood Spa by Mandara. Home to the first pop music residency in Las Vegas, Zappos Theater is one of the largest theaters on the Vegas Strip and showcases a variety of resident headliners including superstars like Gwen Stefani and Shania Twain. Magician Criss Angel performs an over-the-top visual spectacular of “Criss Angel MINDFREAK®” in the newly-renovated Criss Angel Theater. The property is encircled by Miracle Mile Shops with more than 170 specialty stores and restaurants. Planet Hollywood Resort & Casino is operated by a subsidiary of Caesars Entertainment, Inc. (NASDAQ: CZR). For more information, please visit planethollywoodresort.com or the Caesars Entertainment Las Vegas media room. Find Planet Hollywood Resort & Casino on Facebook and follow on Twitter and Instagram. Must be 21 or older to gamble. Know When To Stop Before You Start.® If you or someone you know has a gambling problem, crisis counseling and referral services can be accessed by calling 1-800-522-4700 ©2021, Caesars License Company, LLC.