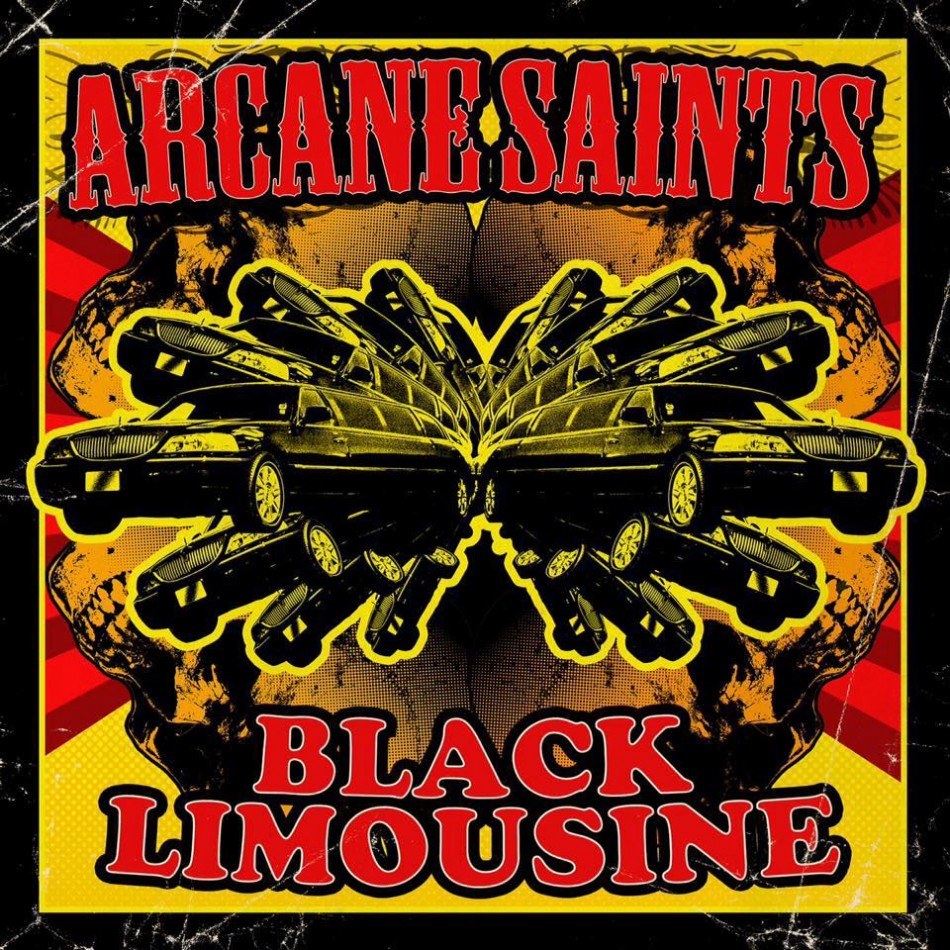 Michael John and Michael “Sheep” Gooding, the core/founding members of Arcane Saints, have done it once again. They’ve survived in spades yet another major shake-up in the lineup of Arcane Saints, with the departure of the drummer and bassist at a critical point in time for the band; right before the scheduled start of their Australian tour. They quickly found and recruited drummer Gary Drain, and bassist, Drew Dedman (formerly of the Aussie nu metal band, Superheist) into the band just before they started their last Australian tour. But as fate would have it, just as they were writing and recording demos to get ready to go into the studio to record a new single, both Drain and Dedman left the band for personal reasons. These are the sort of recurring, untimely events that usually do more than temporarily derail the plans and aspirations of a band. They’re the kind of thing that usually destroys a band outright. But that didn’t stop Michael John or Michael “Sheep” Gooding from finding new members committed to the band’s successful future and going back into the studio to record their new single after a successful Crowd Funder campaign online to generate the necessary funding for their next studio adventure. Those new members who were up to muster according to Michael and Sheep’s reckoning are Tim White on drums, who joined the band in February of 2016, and Mike Lyons on bass, who hitched his wagon to Arcane Saints a mere week before going into the studio to record the new single. According to Michael, “Tim and Lyons just crushed it in the studio, and Lyons did it with less than a week to learn the song and prepare for recording in June. That really shows great enthusiasm and commitment. We couldn’t be happier with how it turned out.”

The new single, “Black Limousine” was produced by Ricki Rae at Lighthill Studios in Riddells Creek, Victoria, Australia. I must say, the overall production and sound quality is outstanding, and is a marked departure from 2013’s “Turning the Tide” and 2015’s “In the Shade of the Juniper,” the two previous releases by the band, giving this single a brighter, more upbeat feel to the song.

For me, this latest release from Arcane Saints seems to be a natural progression and evolution of the outstanding writing skills of Michael John, whose musical growth in the areas of lyrics and arranging is apparent over the course of their discography and various member changes in the band. Despite using numerous rhythm section players over the years, the core of this band continues to manifest their strengths as an effective and unique combination of songwriter/singer and lead guitarist that proves the old adage that “two heads are better than one.”

The beginning of the song harkens back to a very Beatle-esque style and sound in the verses, with dreamy sounding vocals in the verses, and some nice guitar layering and simple bass lines that lay down the melody. The chorus is where the song brings the guitar punch and rhythm section power that Arcane Saints fans have grown accustomed to, along with the strong, yet somehow soft, slightly gravely vocals of John. The bridge contrasts well with the rest of the arrangement, bringing a slightly darker, heavier tone to the song, before going into the breakdown that’s soft and showcases the dynamics of the arrangement, particularly where John’s vocals and Gooding’s guitar work are concerned.

The overall interplay and dynamics of the lyrics, vocals, guitars, rhythm and arrangement are much more complicated than the whole suggests. Each instrument and vocal part adds precisely what is needed for the song, and no more. This is the hallmark of a talented writing and producing team that is highly effective in the studio. I thoroughly enjoyed listening to, and absorbing the intricacies of this recording. I see it as a wonderful, natural evolution of Michael John and Michael Gooding’s partnership as a writing team. They’re no Lennon/McCartney, but who cares? We’ve already had one of those, and I feel that with perseverance, the right timing, good media exposure, and a bit of luck that these guys could be as good as a Lennon/McCartney duo on their own musical plane, and in their own right.

All that being said, I can honestly say I highly recommend this new release to anyone who is a current fan of the band, and to anyone who isn’t, but is looking to hear the next great band to come out of Australia. This song should garner some serious airplay in OZ and America if only the radio stations will take a listen. I give Black Limousine by Arcane Saints 4.5 out of 5.

WRITER’S NOTE: Black Limousine will be released to the general public for purchase/download on iTunes, Amazon.com, and the band’s own website (www.arcanesaints.com) on August 6th, 2016 to coordinate with the band’s new single release show and birthday party (It’s Michael John’s birthday – you guess which!) at the infamous Whole Lotta Love Bar in East Brunswick, Melbourne, Victoria, AU. If you happen to be in Melbourne in the first week of August, tickets are still on sale, and available at the door the night of the show.