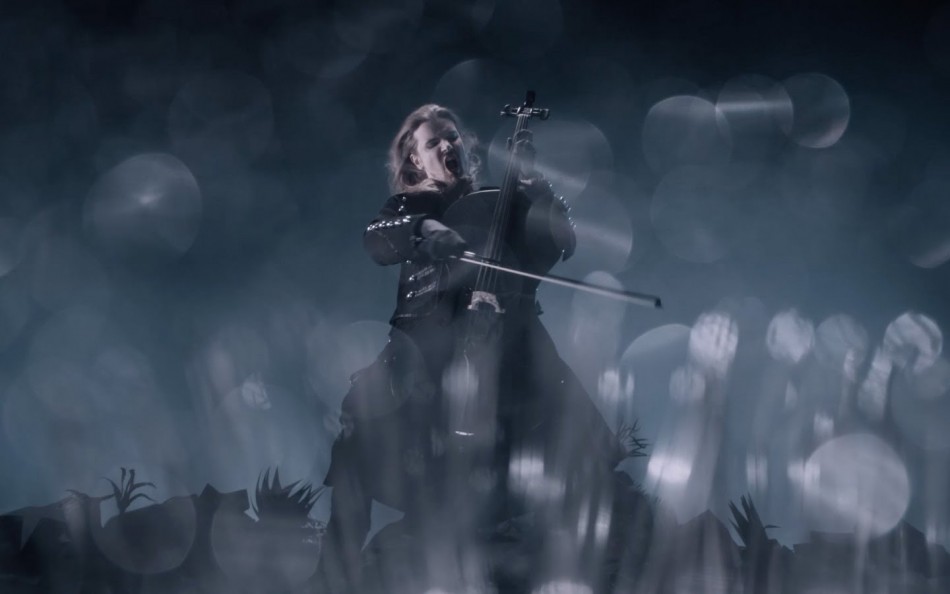 With Special Guest ART OF DYING

March 3, 2015 (New York, NY) – The Finnish, cello-wielding metal quintet APOCALYPTICA and label-mate, ART OF DYING, will set out on the road in May 2015 to bring their unique and exciting live show to fans across the U.S. and Canada. Both bands are signed to Eleven Seven Music Group’s recently launched rock label, BETTER NOISE Records.

APOCALYPTICA, will be fresh off their April tour dates opening for SIXX:AM and ready to hit the road again. This headline run will follow the highly anticipated release of the band’s eighth album, SHADOWMAKER, on April 21st, 2015. The band previously had guest vocalists on their songs, but this new effort will feature singer Franky Perez (Scars on Broadway), which will be the first time a vocalist is featured on the band’s entire album. Recently, the band premiered the official music video for their single, “Cold Blood” which is also beginning its climb on the rock radio charts.

Opening for APOCALYPTICA will be Vancouver-based rockers, ART OF DYING, made up of frontman, Jonny Hetherington, Jeff Brown (Drums), Tavis Stanley (Guitar) and Cale Gontier (Bass). ART OF DYING will be bringing fans their distinctive, muscular, powerful brand of hard rock in preparation for their forthcoming album, RISE UP, due out Summer 2015. ART OF DYING will officially premiere the music video for the title track, “Rise Up” on March 6th.

On their upcoming tour, APOCALYPTICA exclaimed, “It’s really exciting for us to return to the US and Canada for our headline tour and we can’t wait to present a lot of new material from our upcoming album Shadowmaker. Our new singer Franky Perez, who is a real entertainer, will definitely bring an interesting new edge to our show and we are looking forward to seeing old friends and making new ones.”

ART OF DYING shared their excitement for being apart of the tour, “We are ecstatic to be hitting the road for the first time in 3 years and performing our new music with Apocalyptica! The cities and venues on this tour are some of our favorites in North America, including a home town stop in Vancouver…we’re going to bring it hard!”

APOCALYPTICA
Since their inception in 1993, the cello wielding quartet of Eicca Toppinen, Paavo Lötjönen, Perttu Kivilaakso and drummer Mikko Sirén have redefined the boundaries between rock, metal and classical music in a truly unprecedented way: they’ve not so much rewritten the rulebook as penned a brand new tome all of their own. Formed initially by four true virtuosos at Helsinki’s Sibelius Academy, over the course of seven highly acclaimed studio albums (of which they have sold in excess of four million copies globally) they have forged a reputation as an act capable of bringing fans from both heavy and more traditional musical spheres together in euphoric celebration. The addition of vocalist, Franky Perez (Scars on Broadway) was the final piece of the puzzle for the band. From bow-eviscerating speed to sprawling, spine-shivering waves of sound, Apocalyptica’s sonic palette is as rich as it is diverse: Metallica covers, Wagnerian tributes alongside international Symphony Orchestra’s and collaborations with members of Slipknot, Soulfly and Bush all falling comfortably within the band’s remit.

ART OF DYING
Though they are of Canadian origin, the epicenter of the band’s success has been in the US. Their major label debut VICES and VIRTUES (2011 – Reprise/Intoxication Records) spawned the hit singles “Die Trying”, “Get Thru This” and “Sorry” that charted on US mainstream, rock and alternative radio. (“Die Trying“ reached the top 5 on the US Active Rock Chart). The band sold over 250K digital singles, and over 50K units while exploding at radio and touring relentlessly. They finished their highly anticipated follow up record in secret with producer, David Bendeth (Papa Roach, Bring Me The Horizon, Breaking Benjamin, Asking Alexandria) for Better Noise/Eleven Seven this year and are poised to take 2015 by storm with the brash and appropriately titled – RISE UP.