WILL ANTI-BULLYING LAWS PISS ON THE PUNK CAMPFIRE?

Growing up I thought my parents were unhip, out of sync, oblivious to the times. They didn’t get the dolphin shorts, puka shell necklace, or Black’s Sabbath’s Iron Man let alone my 24/7 intravenous drip of Led Zeppelin. 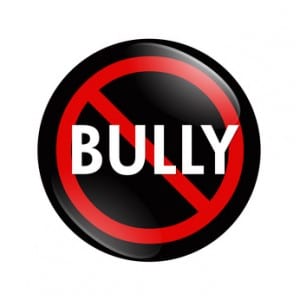 Residing in Southern California, they did push the (small) envelope in their own way: Dad went from slick-hair pull-over to slinky perm (for 3 days), and Mom bought a colorful couch but kept on the clear and hard plastic covers.  To their credit, they never questioned the fashion, music or lifestyles I tried on for size.

Southern California middle and high schoolers gave a smidgeon of deference to those who pushed the boundaries of Madison Avenue cool; however, no one had carte blanche to stand-out. These fashion police were the self-proclaimed social conscious whose job was to right the world when the pendulum swung too far. Their ancestry is long and deep, acting mostly out of fear of the unknown and a few quarts low of confidence. In today’s vernacular we refer to them as a “bully.” I was one and a victim of a few.

When the bully appeared, the heart raced, fear struck, and flight ensued. Then at some point when fear overly interfered with cool, the day of reckoning came; it was time to walk directly into the eye of the hurricane to meet the maker. However, as Darwinism pontificates, not everyone is hardwired equally, and some victims never overcome the emotional and physical trauma associated with bullying. Others, particularly those pale, frail and bizarrely outfitted societal rebels known as neophyte rockers, punkers and metalers feed off of it.

The victimization saturated their lyrics, salty guitar riffs, primal screams, and Tammy Faye like make over. Without the hate, there would likely be very little punk to love. Later on, poetic justice and karma ensued when the long hair nerd struck the stage pose, scoring all the high school babes, including the ones dating the bullies.

But with the advent of anti-bullying laws nationwide, some inspiration might be lost to Generation Next. Their personal space now properly protected by a legal moat, these rebellious and passionate adolescents must still wax satirical about human folly.

Perhaps with anti-bullying laws, more and more lyrics will focus on the larger world, its turbulence and tension, inequities and unjustness. In a viral world, the microphone is much more powerful than the sword.