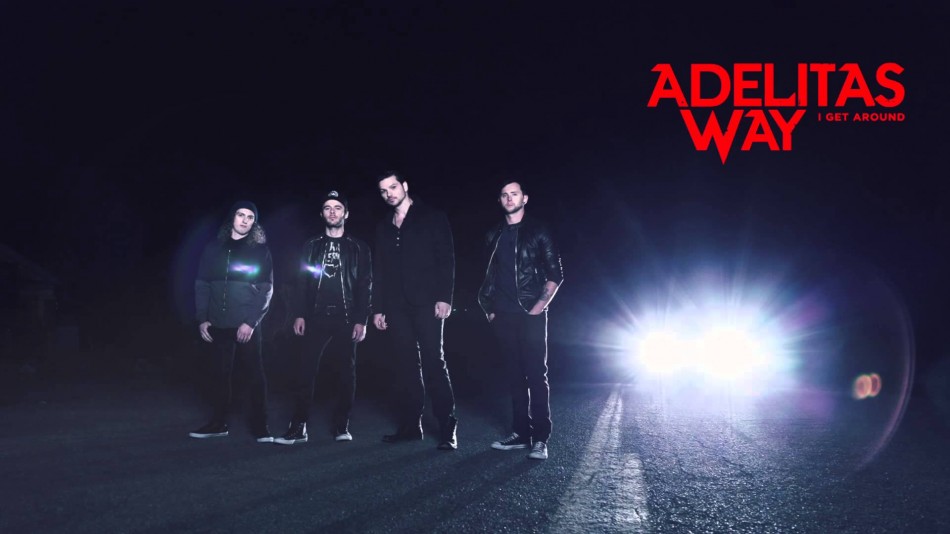 March 17th, 2015 – Las Vegas hard rockers Adelitas Way have released their new EP “Deserve This” on all major digital retail outlets. The EP will be followed by a full length album later this year. The “Deserve This” EP can be purchased by clicking the following links:

A YouTube clip of the first single “I Get Around” can be viewed here: I Get Around

A special pledge YouTube clip of the song “Filthy Heart” can be viewed here: Filthy Heart

Adelitas Way just finished the successful  SnoCore tour along with Flyleaf, Framing Hanley, and Fit For Rivals. The band is currently in the midst of a successful Pledge Music campaign for their fourth full length album. “We are in the jam room preparing to write, record and release our fourth studio album!” states frontman Rick DeJesus. “This album will not be marketed by dinosaur corporate suits, but by a team that we are putting together that will finally see us taking our music global! In our eight years at a major label, we NEVER had our music released worldwide! We want to change this and want YOU to be a MASSIVE part of helping us spread our music across the world!” Two new studio tracks are available as instant downloads now to all fans who become Pledgers for the new album. More information is available here: http://www.pledgemusic.com/projects/adelitasway

The new EP “Deserve This” was produced by Matt Dougherty (Airbourne, Megadeth, Staind, Disturbed) and the band at Groovemaster Studios.

Formed in the late 2000’s by lead vocalist Rick DeJesus and Trevor Stafford, Adelitas Way, the edgy Las Vegas-based hard rock band, which also includes Andrew Cushing, and Robert Zakaryan, released its self-titled debut album on Virgin Records in July 2009 and followed that with “Home School Valedictorian” in 2011 and “Stuck” in 2014. The band’s music has been featured on Fox Sports Network, the THQ video game “Raw vs Smackdown”, “CSI Miami” finale and had a single featured as the theme song for the weekly WWE Superstars show. Collectively, the band has had five Top 5 Rock singles, including two #1 hits and has sold in excess of one million singles.