A Vote for Originality 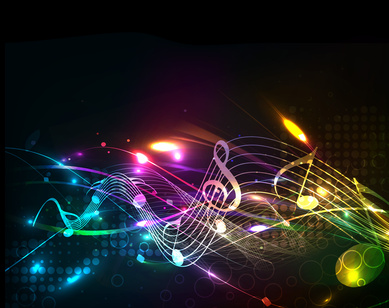 Power to the songwriter
by Aaron Triplett 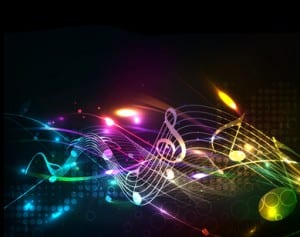 I’ve spent most of my life — 35 years — as a professional guitarist in rock bands. I joined my first band, Intruder, at age 14 and began playing gigs. I started writing original music at that time, too. I was striving to be the next great songwriter; and still do.

I’d like to encourage anyone out there who is a songwriter to continue to hone your craft. Having the ability to write something original is rare. You need to be persistent. Keep at it.

Ever since the beginning, I’ve always wanted to be in a band that writes its own music and makes records. I’ve recorded four albums with different bands, gone on the road, been on the air, done the deal. Had too much fun and paid for it.

Cover bands are popular, but I really admire the people who influence the music industry by creating new sounds — taking new approaches.

I’m usually the guy in the band coming up with new song ideas. I get a melody or riff in my head and have to sit down right away and try to play it. I work on it over and over until it sounds right to me, and I start to hear the bass line and drum line in my head as well. I’m not very good at lyrics on the spot, so I usually leave that up to the singer.

After I play my idea until I think it’s the way I want it, I break it out for the band. Once I play the new idea for them, they all have their own take on how they think it should go. Sometimes I have to resist trying to tell them what to play, because after years of writing with other musicians, I know that the best results come from letting the group’s consciousness take over. I try to let that be the determining factor in how a song ultimately comes together.

The evolution of a song

When everyone in the band has a feel for the concept, we take it from the top. The drummer counts the band in and everyone starts playing his or her parts. The band members know what they want to contribute to the song, and they strive to make their part blend in well with all the other ideas. It’s a great thing when several people can make a simple idea from one member turn into a complete mixture of totally original ideas and become a great song.

It doesn’t always turn out that way. Sometimes, the original idea transforms completely. I’ve written songs and presented them to the band and had them morph into something entirely different but also wonderful. We would work on an original idea for a while and love the direction, but in the middle of working on it, something clicks, and the song goes in another direction and turns into something that none of us had thought of before. This kind of writing is the best, because it brings together the best of all the band members’ talents, and the finished piece represents the entire band.

When someone comes up with a new riff or part for the song, that’s where the diversion takes place. Either the entire song changes or the song completely benefits from another part. I love that.

Any musician can be in a cover band, but few are truly songwriters. The guy who comes into practice with an idea he’s been working on for a week is the guy that you need to pay attention to. He’s inspired. The other members of the band need to be open to new ideas. That’s the way it should be in all bands.

The most important thing

I’ve seen many bands die because they didn’t pay attention to innovation from within their own ranks. Fights break out among young musicians for position in the band’s hierarchy, and the band members lose sight of what’s really important — the music.

Once a song is complete, most musicians want to get it recorded. That’s what I’ve done. Yet after a song is in the can, and the band plays it live several times, it begins to change. I’ve written songs and recorded them and then played them live a hundred times and looked at them and wished I’d done them differently.

If you do the same thing, you are truly a songwriter and should always strive to make everything you do as perfect as you can make it. But don’t ever let spontaneity die.

Don’t try to make everything you do be so perfect that you drown out the raw idea you had in the first place. Don’t spend so much time in the studio that your idea becomes sterile. That raw power you had in practice can be more provocative than what you put on a recording. That thing you loved in the beginning is probably better than the baby you are trying to give birth to.

Stay true to your ideas. Don’t try too hard to make them into something that you can never reproduce on stage. And don’t forget to enjoy the experience. I’ve been fortunate enough to be in a few outstanding bands, and I’ve had the opportunity to play in front of thousands of people. Sure I’ve made mistakes, but I’ve had some great loves and have a couple of great kids. Even though my life is in flux all the time, I’ve been a lucky man.

I’m always looking for new things to do in music, and I’m working my ass off to continue to have great opportunities as a musician and songwriter. To me, that’s what it’s all about. Let’s keep originality alive!

Aaron Triplett is a guitarist/songwriter living in Oklahoma City who has played shows with dozens of well-known national acts that includes Sponge, Fuel, LA Guns, Buck Cherry,  Jason Bonham Band,  Six Pence None the Richer, Static and many others